At least 228 Rohingya Muslim refugees living in a Delhi slum were rendered homeless on Sunday after a pre-dawn fire left their 44 makeshift settlements gutted.

The settlements, located in southeast Delhi’s Sarita Vihar, were reduced to ashes.

While as none of the refugees were hurt in the fire, their entire belongings including refugee IDs got burnt down in the massive fire. 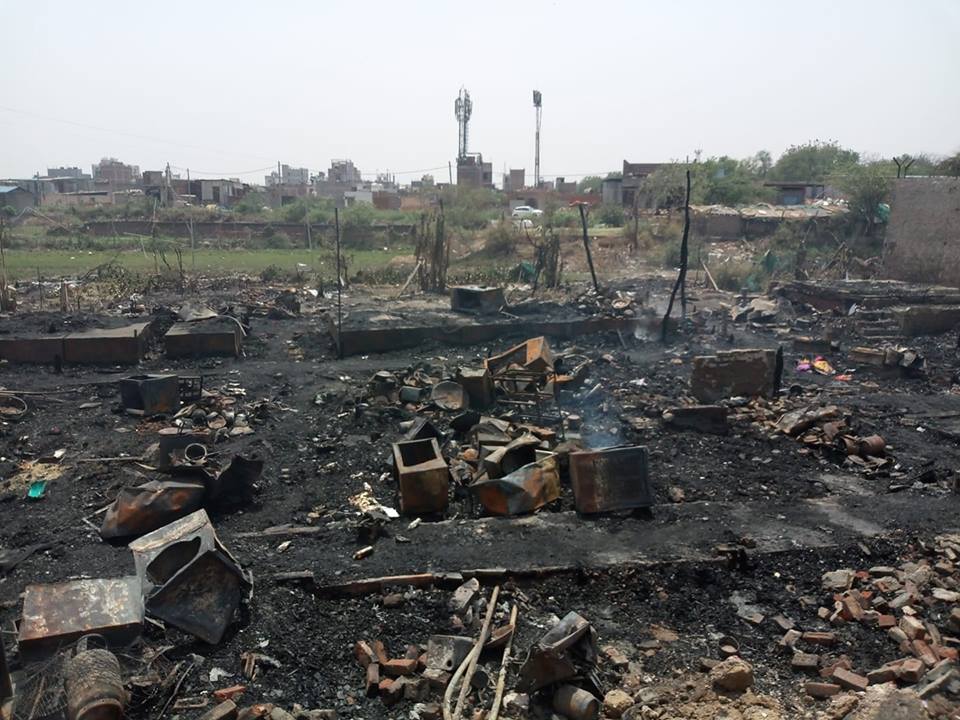 The site of Rohingya settlement in the aftermath of fire on Sunday morning | Source: Special Arrangement

According to a PTI report, police said the fire broke out at around 3.30 AM due to a short circuit in the electrical wiring system in the camp and spread rapidly.

“We were all sleeping and rushed out of our tents on seeing the fire. Since many of the tents are made of tarpaulin and have plastic coverings, the fire spread fast. Also, some of the houses had gas cylinders that burst, adding to the enormity of the fire,” Abu Johar, a resident of the camp, told online news portal The Wire.

Another resident of the camp, Mohammad Shakir told The Indian Express: “We have lost everything, including refugee cards and money, as the fire spread very quickly… We don’t know how the fire broke out. We have been living here for six years.”

A report in The Indian Express said that 11 fire tenders were rushed to the settlements and it took three hours to douse the flames. 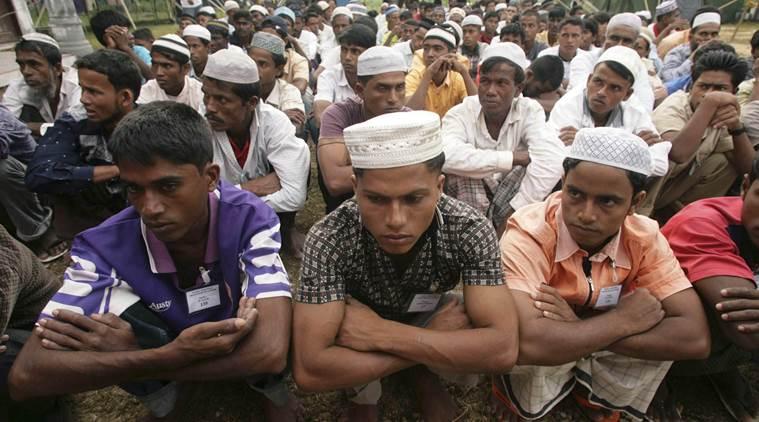 Pertinently, this is the fourth fire incident in the refugee camp. The first fire incident in the Rohingya settlement took place in 2012, when the camp was established. Four years later, another fire broke out, causing considerable damage to the makeshift structures. However, the residents believe the fire that broke out in 2017 was part of a “conspiracy” to drive them out.

The refugees have now been relocated to temporary shelters aided by food and water supply from some NGOs.

However, volunteers associated with the rehabilitation work said there’s a pressing need of doctors in the settlement as many children have fallen ill.

“An old man suffered cardiac arrest in the morning. There was no doctor or ambulance here. We need more and more doctors here,” a volunteer at the camp, wishing anonymity, told InUth

There has been no relief or help from the government’s side yet.