All the claims about 6-months of preparation before government decided to crack the whip on black money hoarders with the decision of demonetising Rs 500 and Rs 1000 notes are falling apart. After reports of spelling mistake on Rs 2000 note, RBI has admitted to having mistakenly printed two versions of Rs 500 notes. In a statement the RBI said: “It is likely that notes with printing defects has got released due to the current rush. However, people can freely accept such a note in transaction or return it to RBI.”

The differences in the two versions of the note, as reported by Times of India are as follows:

Difference in shadow on Gandhi’s face.

Different alignment of national emblem on the note 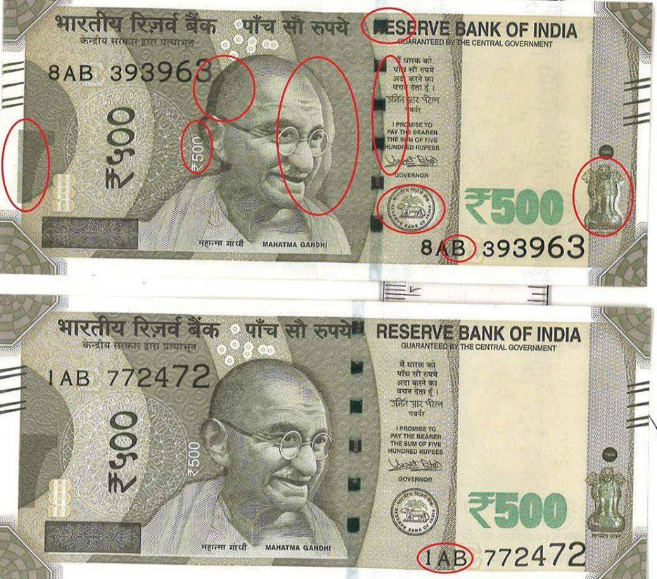 All these are definetiley a result of a hurried up job.

The government has come under attack for not planning out the execution of an issue like black money. The Opposition has not let the House function demanding a statement from the Prime Minister on the issue.  In fact, Prime Minister Narendra Modi’s survey seeking feedback to fell flat for the quality of questions in the survey and doubts over the veracity of the results it claimed.