A prisoner who recently came out from Rohtak’s Sunariya jail — where rape convict Gurmeet Ram Rahim is also lodged — has alleged that the self-styled godman was enjoying special privileges inside the prison.

Rahul Jain, a convict who is out on bail, told ANI that the attitude of jail authorities towards Ram Rahim was entirely different as compared to other prisoners. 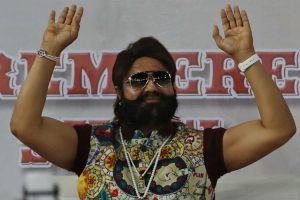 Jain claimed that no one had seen the Dera Sacha Sauda chief in the jail even as the authorities insisted he was lodged in the same prison. He said,

No one is allowed to go wherever Baba is kept. All other inmates are locked up whenever Ram Rahim is let out of his cell, as he usually goes to the canteen to get water, milk, or juice.

Other prisoners deprived of basic necessities

Jain also alleged that ever since Ram Rahim was admitted in jail, other prisoners faced extreme difficulties. He added,

Since he came, everyone is having a lot of problems. Earlier, we used to freely roam inside the campus, food was also good, but all that changed. Our basic necessities like clothes and shoes also stopped coming in. Jain also said that the inmates had also held a strike against the injustice, but it did not change the situation. Our fellow prisoner, Ashok then approached the judge after, who then pulled up the jail authorities. The supply gradually began after that.

Ram Rahim is not working in the jail

Jain also dismissed reports that Ram Rahim was being made to work in the jail with the salary of Rs 20 per day and that he had been growing vegetables inside the premises. He told the news agency,

Jail authorities say he works, but we don’t believe it. Since we have never seen him, he might or might not be working. 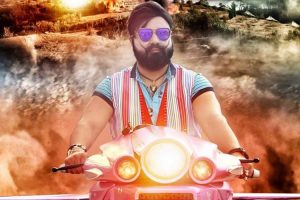 Jain also alleged that the self-styled godman had been meeting vistors for 2 hours against the stipulated time of 20 minutes.

While rest of the prisoners can only meet visitors for 20 minutes, Ram Rahim’s visitors are allowed for two hours.

The Dera Sacha Sauda chief has been sentenced to 20 years in prison for raping two sadhvis 15 years ago.