Students of Pondicherry University who participated in anti-CAA protests, as well as protests against the proposed fee hike, will reportedly not be allowed to avail of scholarships. According to a circular issued by K Deven, Coordinator (Academics) on May 22 posted on the University’s official website, scholarship will be restricted to only those who have 70 per cent attendance and have not participated in any protest during the previous semester. 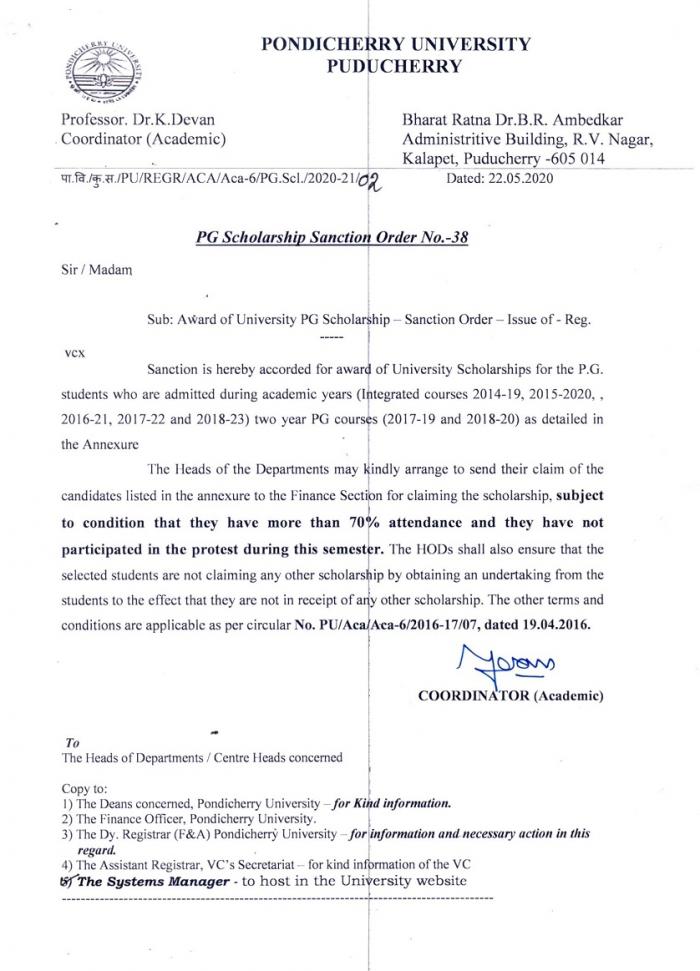 Credit: This circular was put up on the University’s website and later deleted

Six meritorious students (which includes three from low-income backgrounds) from every course are awarded scholarships. The students council has strongly responded against it, and said that the move will affect students from the economically-weaker sections of the society.

Pondicherry University Students’ Council condemns this ridiculous move by the University Admin. We see this as a blatant injustice towards the student community and we’ll make sure justice will be done. See you in court.@GurmeetSinghVC @PondiUniVC @HRDMinistry @rashtrapatibhvn pic.twitter.com/Pi5K49cdTF

Students have been protesting against a 300 per cent fee hike since 2019. They have boycotted classes, occupied admin premises and gone on hunger strikes. They even boycotted the convocation which took place on December 22, 2019.

“The authorities set up a grievance committee to look into our demands, but nothing has worked. Our last hope was to have a dialogue with the Vice Chancellor. It never happened. We are left with no other option but to protest,” Parichay Yadav, President, Students’ Council told InUth. 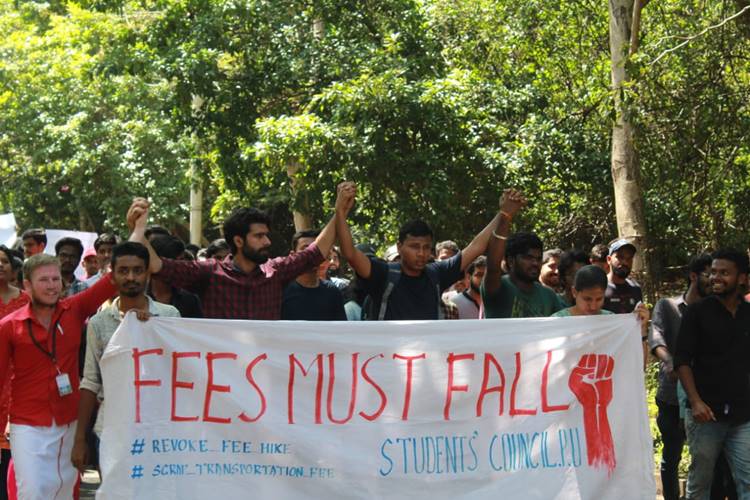 Meanwhile, the university authorities moved Madras High Court, which directed them to resolve the matter with the students. On the other hand, students were asked to call off the protests. The next hearing in the matter is due, as the court is closed due to COVID-19 lockdown. 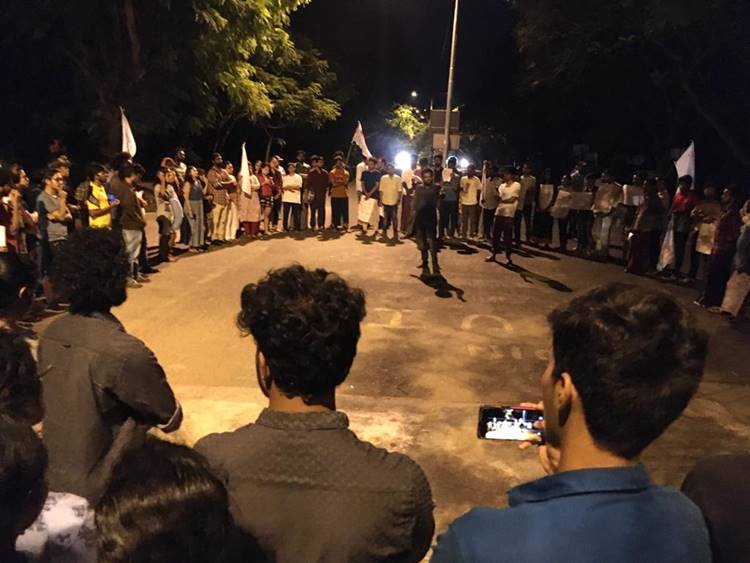 Parichay also added that students at the campus have always been at the forefront of protests, be it during the abrogation of Article 370 as well as Citizenship Amendment Act (CAA). “The authorities were never in favour of the students democratic right to protest peacefully. They even deployed police inside the campus during the anti-CAA protests,” Yadav added.

A student who wished to remain unnamed called the circular the university’s attempt to curtail the right to protest. “During the anti-CAA protests, students were lectured against participating in it. The authorities also began demanding attendance lists daily so as to make sure they don’t boycott classes,” the student told us.

The circular has now been removed from the university website. However, there is no confirmation on whether the directive has been rolled back. Calls to Professor Dr K Devan’s office (academic coordinator) have gone unanswered. This copy will be updated once we get a response.