The India Today conclave has surely been an eventful one with veteran actors making good use of the stage, and being vocal about their views. After Prakash Raj tore through a BJP spokesperson with his fiery discourse, it was his namesake’s turn to do the same about the overbearing imposition of Hindi in the state of Karnataka.

ALSO READ: Why Prakash Raj is the new poster boy of dissent in India

Belawadi, a veteran in his own right, opened the debate without mincing his words. “The idea of Hindi imposition and to conflate it with nationalism is entirely bogus. It’s not correct,” he declared.

A still from Talvar

With the state elections only a couple of months away, there seems to be an insistence to replace local language Kannada with Hindi.

“The idea is an archaic one. It is not about being anti-Hindi, it is about equity. It is about common sense. In Karnataka, if bank forms don’t have Kannada, and people who have studied till class 10 go to a bank, they feel illiterate. Their primary education has been in Kannada medium. Why do you impose a situation, where you make people feel inadequate in their own place?”, the veteran actor asked.

Another member of the panel, NS Madhavan pointed out that the currency printed after demonetisation had numerals in Hindi which was against the official language policy of the Government of India. A resident of Tamil Nadu has filed a case with the High Court on the same matter. 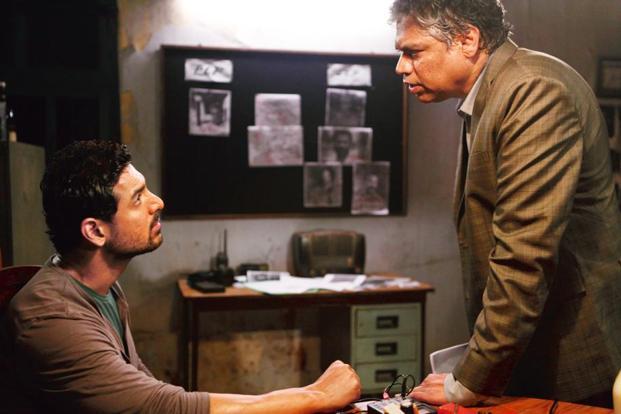 A still from Madras Cafe.

Belawadi also spoke out on the need for state flags and that the government should make it official and provide its support.

Having starred in mainstream Bollywood films like Madras Cafe, Airlift and Talvar – Belawadi is also one of the most well-known theatre personalities in the Kannada circuit, and is also known for his initiative as an activist in the state of Karnataka.