There is a new LoC. The Line of Comedy. And it is very much within the country and our social media space.

On one side of this line are people demanding proof of the strikes or calling it fake, or denouncing the Narendra Modi government for taking credit for something the Army did. These are also the people who are against banning of Pakistani actors.

On the other side of this line are people who are calling for ban of Paksitani actors, bursting crackers, war mongering, comparing the Army to mytholical characters like “Hanuman”, putting up morphed pictures of Narendra Modi looking as Ram, on posters in a election bound state. 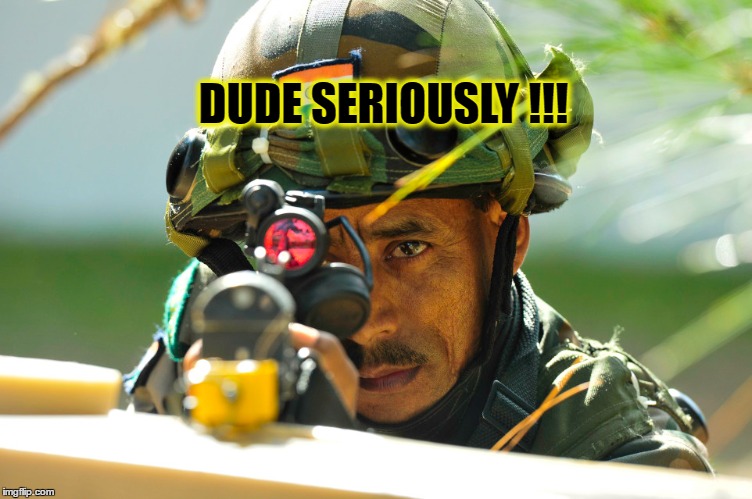 The problem with the first lot is that they are highly inconsistent in their statements, prone to making frequent u-turns, don’t have the spine to stand by what they say and have no unity among themselves. They also seem to be opportunists of the highest order.

Rahul Gandhi at a public rally:  “I want to thank him (PM) because for the first time in two-and-a-half years he has taken an action that is of the stature of PM”

Rahul Gandhi six days later:  “Our soldiers have given their blood in Jammu and Kashmir, carried out surgical strikes for India, you (PM) are hiding behind their blood, Aap unki dalali kar rahe ho. Ye galat hai”.

That’s classic Rahul Gandhi for you.

Then there are the likes of Arvind Kejriwal too:

But when Rahul Gandhi makes the “Khoon ki dalali jibe” against Modi,  he abandons his team mate.

(Translation: Rahul Gandhi is wrong in calling the bravery and martyrdom of soldiers as ‘khun ki dalali’. Soldiers valiantly conducted the surgical strikes.)

Political opportunism seems to be their common trait. Uttar Pradesh chief minister Akhilesh Yadav campaigned against all that Rahul Gandhi stood for in 2012 Assembly election.

But now he supports Rahul Gandhi’s comments on surgical strikes. While defending his statement he said that he is best of friends with Rahul Gandhi and he has utmost faith in his intelligence. 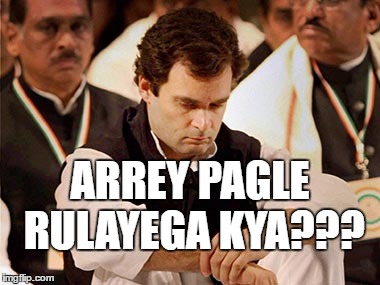 Sorry, we are exaggerating.  All he said was this:

(Translation: Don’t know about Congress, but I have good relations with Rahul Gandhi. Whatever he said, he must have said after thinking.)

So even as sonny dear is siding with Rahul, hoardings have come in Uttar Pradesh giving credit to Akhilesh’s father and Samajwadi Party chief Mulayam Singh Yadav for the surgical strikes. According to these posters, it was Mulayam Singh Yadav who had goaded Modi to send Indian troops to Pakistan. 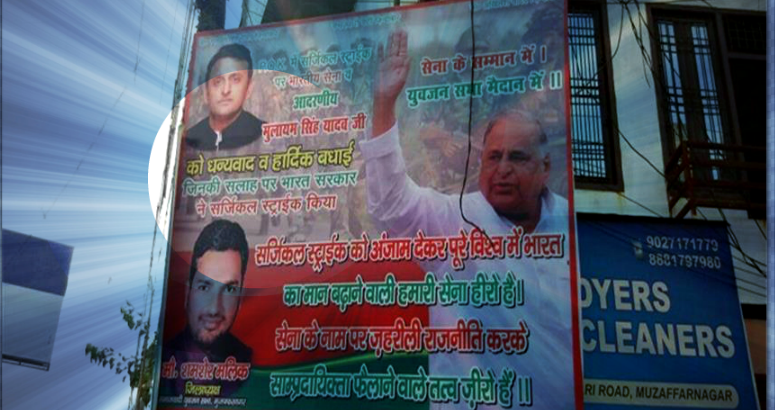 Now let’s balance it out.

Cut to the other side of LoC.

Our Defence Minister, like many other BJP leaders,  loves refering to mythological characters. Sometimes this obsession with mythology might just boomerang. 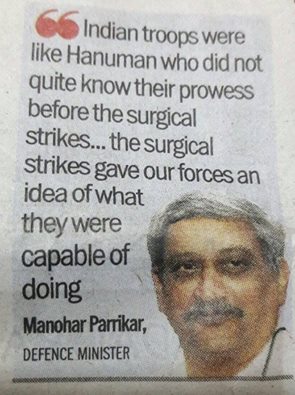 Here’s how a brigadier responded to Parrikar’s Hanuman comment: 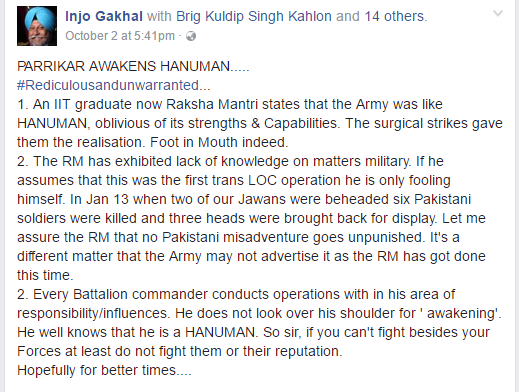 People on this side of the LoC, don’t want the Opposition to politicise Army’s achievement. So, what if you can’t control your own cadre in some hamlet of UP. (Did I hear the word election?)

Or, are the rules of the game different for those in power?

Modi as Ram, Nawaz Sharif as Ravana and Kejriwal and Meghdoot. 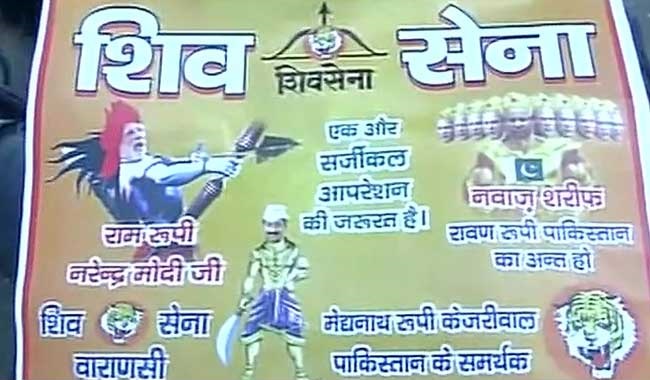 Which side of the LoC are you on?