On Monday, Delhi chief minister Arvind Kejriwal, along with three of his senior cabinet members stayed put at the Lieutenant Governor Anil Baijal’s residence till midnight. A photograph which captured all of four of them sitting inside Raj Niwas’ visitor’s room while waiting to meet the Lt Governor was widely shared in the media. And now, after spending two consecutive nights inside the room in what can called be called as a sit-in protest, two ministers have decided to go an indefinite fast.

The entire controversy has ignited yet another Delhi govt-versus-LG impasse with the Aam Aadmi Party supremo accusing Baijal of not listening to the government’s concerns and demands. 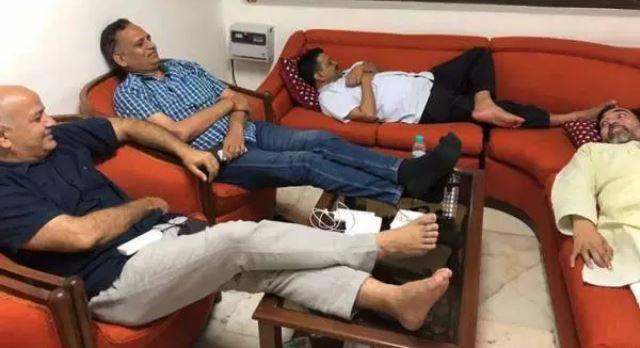 But what is the controversy about?

AAP-led Delhi government is urging the L-G to intervene to end the ‘four-month-long strike’ by bureaucrats after the alleged attack on Chief Secretary Anshu Prakash by AAP MLAs. The government says that none of the IAS officers attend meetings called by the ministers due to which work is getting affected. They also say that there has been no communication from L-G till now.

How has the bureaucracy responded to the allegations?

The IAS Association said that the allegations are “baseless and false”. “All officers, including IAS officers, are working with full vigour and dedication,” said a statement.

Why is there a rift between the government and the bureaucracy?

In February, Delhi chief secretary Anshu Prakash had alleged that he was threatened and assaulted by AAP MLAs in a ‘premeditated attack’ at Kejriwal’s residence. Prakash Jarwal who represents Deoli constituency was later arrested while Ohkha’s Amanatullah Khan had an FIR  filed against him for manhandling. The government, on the other hand, denied the allegations and accused Prakash of making casteist remarks against the MLAs. Since then, the rift between the two groups has been out in the open.

Is this the only bone of contention?

No. The larger issue is the tussle between the AAP-led Delhi government and the BJP-led Centre. AAP has always accused the Centre of acting as a roadblock for state government’s works. They have been blaming the Lieutenant Governor for acting as a puppet in the hands of the Centre. Not to forget, Kejriwal, had on multiple occasions, publicly criticised previous L-G Najeeb Jung for playing into the hands of the Centre. 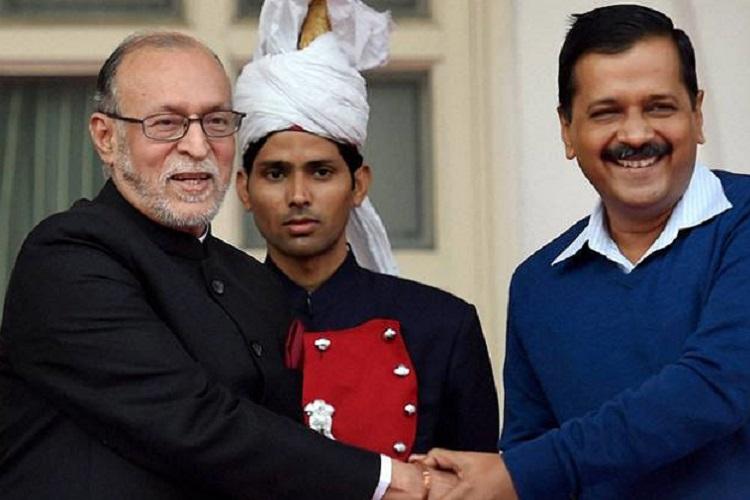 New Delhi: Delhi Chief Minister Arvind Kejriwal greets Anil Baijal after he was sworn in as the New Lieutenant Governor at Raj Niwas in New Delhi on Saturday.PTI Photo by Atul Yadav(PTI12_31_2016_000023B)

What does the AAP govt want?

Most of the important government departments in Delhi (including police, municipality, land and urban development) are not under the control of the state government. And thus, ever, since it was sworn to power, AAP’s biggest demand has been granting of full statehood to Delhi. The cause of the ongoing bureaucracy-versus-govt tussle can be attributed to the same because all IAS officers in state governments are appointed by the Centre. Recently, Kejriwal even went to the extent of offering to campaign for the BJP in 2019 Lok Sabha polls if the latter promises full statehood to Delhi. 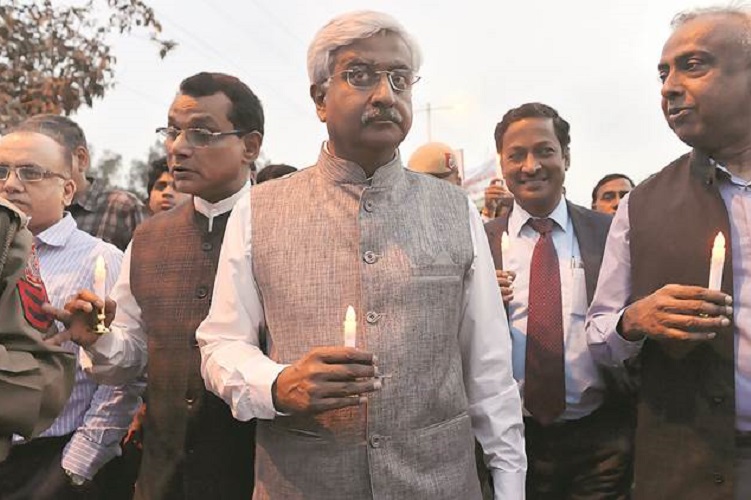 What next for the AAP?

Deputy chief minister Manish Sisodia and health minister Satyendra Jain have begun an indefinite fast. The party will also lead a protest march towards the L-G’s residence on Wednesday. Meanwhile, both BJP and Congress criticised Kejriwal and called his ‘dharna’ at the L-G office a “mockery of democracy” and a “drama”.