This year’s Republic Day parade will see the guest of honour from our neighboring country Abu Dhabi, and he is none other than the Crown Prince Sheikh Mohammed bin Zayed Al Nahyan.

Earlier, since Prime Minister Narendra Modi formed his government at the Centre, he invited US president Barack Obama for his first Republic Day as the Prime Minister of India. The message was clear: India wanted the best possible ties with the US.

Last year’s guest was French president François Hollande — another leader of the western world. But this year, in keeping with Modi’s new approach to India’s extended neighbourhood, particularly the Gulf region this year, the guest of honour is from the United Arab Emirates.

Here’s all you need to know about our chief guest

On January 25 upon his arrival, 14 agreements signed by India and the UAE, including one that elevates the bilateral relationship to a Comprehensive Strategic Partnership, following delegation-level talks between Prime Minister Narendra Modi and visiting Abu Dhabi Crown Prince Sheikh Mohamed Bin Zayed Al Nahyan.

In a joint address to the media with visiting Abu Dhabi Crown Prince and Deputy Supreme Commander of the UAE Armed Forces Sheikh Mohamed Bin Zayed Al Nahyan following delegation-level talks, Modi said the United Arab Emirates was one of India’s “most valued partners and a close friend in an important region of the world”. 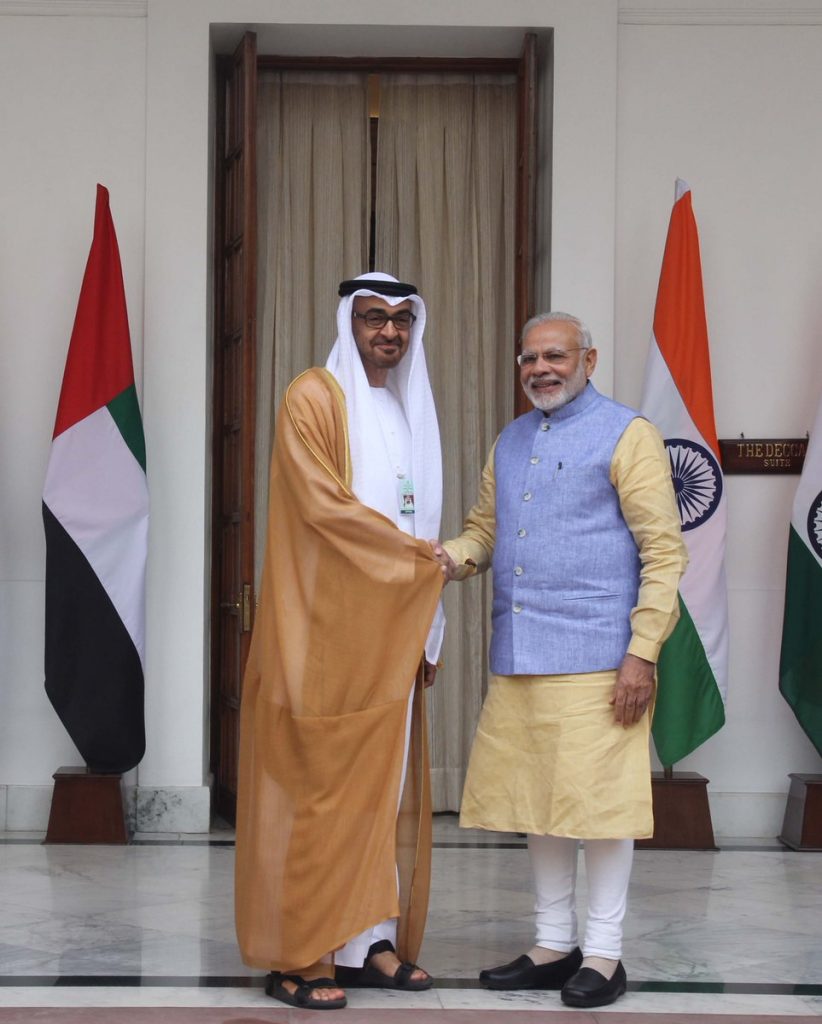 “We regard the UAE as an important partner in India’s growth story,” Modi said. “I particularly welcome the UAE’s interest in investing in India’s infrastructure sector.”

Stating that work was on to connect the institutional investors of the UAE with India’s National Investment and Infrastructure Fund, he said the Gulf nation “can benefit by linking with our growth in manufacturing and services”.

Earlier in 2015, PM Modi went to the UAE, becoming the first Indian prime minister to do so in 34 years and set the stage for elevating relations to a Comprehensive Strategic Partnership.