We are constantly blaming Shahrukh for not having the foresight that his train travel could end up being the tragedy for some. In fact, a BJP MP and a known critic of Shahrukh Khan Kailash Vijayvargiya said: “Sad that people had to suffer due to the promotion.” However, the point that he is missing that it was Suresh Prabhu’s Railway Ministry that gave the permission for the dangerous event. The huge crowds that Shahrukh Khan’s travel in the Delhi-bound Agast Kranti Rajdhani Express attracted were expected. What mechanism does the railway have to control such insane fan crazed crowd? Before holding SRK accountable, we must remember that while the Bollywood megastar was promoting his film throwing caution to air, Railway Minister Suresh Prabhu was busy promoting the Indian Railways. 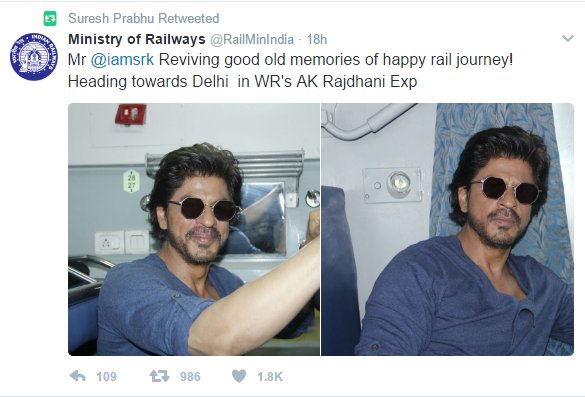 So it was not just King Khan promoting his film but also the Railway Ministry by not only permitting him but also collaborating with it. Stories about Khan sharing his childhood memories while traveling in train also did the rounds. Everything was fine till the time the news of one person dying in Vadodara station and police resorting to lathicharge was reported.  In fact,  the man who died was caught in the lathicharge as he came there not to Shahrukh Khan but meet someone else. All the vanilla coverage of the event suddenly turned against Shahrukh Khan. What was supposed to be a media blitzkrieg turned into bad press for the film?

With Vijayvargiya butting in, the issue seems to be taking a political hue.

Care must be taken that inconvenience is not caused to people during promotions: Kailash Vijayvargiya, BJP #Raees pic.twitter.com/4wHyuvnhnF

Vijayvargiya has already communalised the overhyped Kaabil vs Raees clash by asking people to watch the Hrithik Roshan starrer over Raees to prove their patriotism. 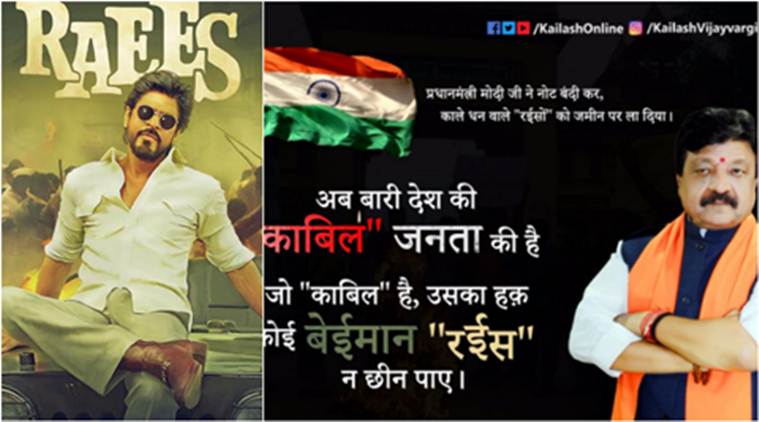 As foolish as that sounds, Vijayvargiya didn’t forget to try and politicise the mishap at the star’s promotional event conveniently forgetting that it was his government’s  ministry that granted the permission at the first place and also tried to cash in on the SRK’s stardom.

Finally, Railway’s track record of valuing human life hasn’t been too good. The derailment of Jagdalpur-Bhubaneswar Hirakhand Express earlier this week was the third major train accident in the past two months, resulting in the death of 40 innocent lives. It is also the fifth such accident in the past six months. To every such incident, the Railway Minister comes up with the same solution: “a probe has been ordered”. Where is the accountability? No one knows.  To the Raees promotion mishap he had the same response.

Directed DG RPF to investigate the matter and take stern action against any lapse https://t.co/QcdJmUIT1v

Railways should in the future keep in mind its capacities and capabilities before granting such permissions to the whims and fancies of our adventurous stars.