On December 6, 2016, a sobbing O Panneerselvam took over as the Chief Minister of Tamil Nadu in a rush soon after J Jayalalithaa’s death after a two-month illness was announced. This was the third time he took over as the chief of the state. However, just like the previous two times, this time too, he was just treated as a caretaker of the top post.

On Sunday, for the third time, he stepped down from his post, this time paving way for late Jayalalithaa’s long-time aide and party general secretary VK Sasikala to take over as the CM. Announcing his resignation, Panneerselvam said that the AIADMK Legislature Party has elected Sasikala as the leader of the Legislature Party.

Panneerselvam was an ardent follower of Jayalalithaa. During the times he took over as the CM in her absence, he did not even sit on the CM chair, and instead sat in a seat next to that. There used to be two pictures of the late leader in the CM office. One on the table and the other closely shelved in Panneerselvam’s pocket. He even looked at that picture and cried inconsolably while taking oath after Jayalalithaa’s death. 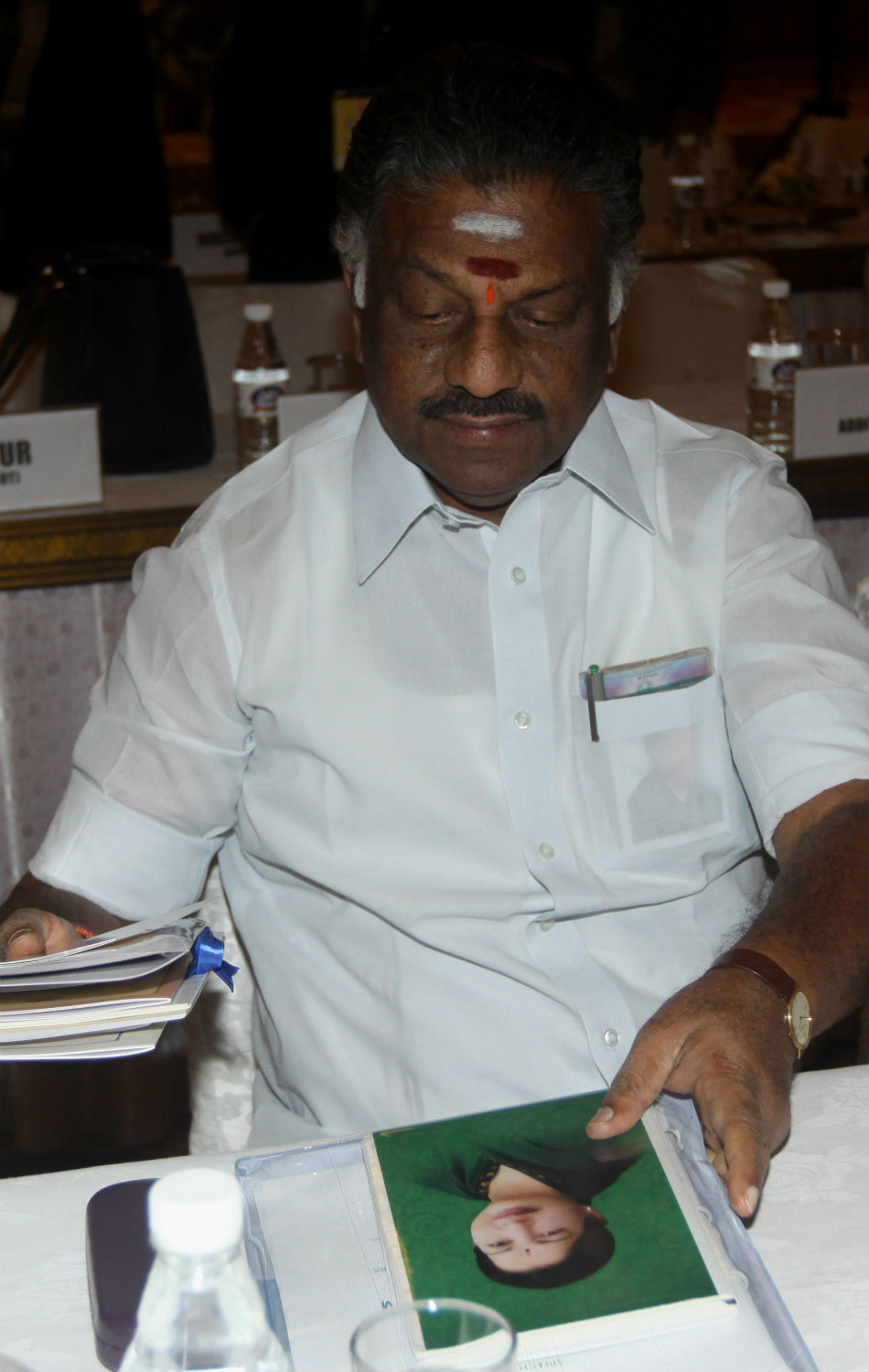 His tenure as the CM gained him followers for his style of working. He gained accolades for transforming the image of the CM office as accessible, something which could never be thought of in the past. Top bureaucrats and political observers started feeling that for the first time, the state administration was working diligently and decisions were being taken swiftly and that too based on consensus.

Since the time he took over, he had been fighting an internal rebellion inside the party with some members vehemently supporting Sasikala as the CM instead of him. There were voices that since Sasikala had shielded Jayalalithaa and been her closest confidant for over the years, no one else but her should be the one to lead the party and the state and be the late leader’s replacement.

The two major issues that Panneerselvam had to face while serving as the CM were Cyclone Vardah and Jalikattu. Though Cyclone Vardah took place when he was just filling in for Jayalalithaa while she was bedridden in Apollo hospital in Chennai. Nevertheless, he tackled the calamity head on and took decisions and monitored the situation closely throughout.

The Jalikattu protests brought the people of Tamil Nadu on the streets. Lakhs of people had gathered at the Marina beach where people demanded the ban on the bull-taming festival to be lifted. The then CM also met Prime Minister Narendra Modi seeking intervention in the matter.

He had also been trying to draw the Central government’s attention towards the drought situation in the state. He stated that Tamil Nadu experienced a 62 per cent deficient northeast monsoon, which was followed by the 20 per cent deficiency in southwest monsoon. In January 2017, he had urged the Centre to sanction Rs 39,565 crore from the National Disaster Response Fund towards mitigation measures in the state. He even sought an immediate relief of Rs 1,000 crore to deal with the challenge.

Apart from the following of the party in the state, Panneerselvam himself has a huge fan base. Born into the Maravar caste – a sub-caste of Thevars – he is portrayed as one who symbolises the prominence of the community.

Despite his applaudable work, exactly two months after Jayalalithaa’s death, AIADMK MLAs ‘unanimously’ elected Sasikala as the leader of the Legislature Party. And yet again, Panneerselvam tendered his resignation as the CM. Quelling rumours that Panneerselvam was forced to quit, Sasikala defended herself in a statement saying: “After Amma’s death, it was Panneerselvam who insisted that I take over as party general secretary. Panneerselvam was also the first person to insist that I should be Chief Minister.”

Meanwhile, as Sasikala prepares to take over as the CM, she will have to face a Supreme Court verdict next week in a disproportionate assets case against her. She also needs to win an election and become a part of the state assembly within six months. But if she is convicted in the case against her or if she fails to win the election, will Panneerselvam yet again take up the role of filling in the CM’s seat till the actual position holder takes over?