It’s time Mohan Bhagwat bought himself a dictionary and looked up the difference between religion and nationality. RSS chief Mohan Bhagwat said that although Muslims have a different way of performing the prayers, they are”Hindu” by nationality.

“Whoever lives in Hindustan and has respect for its traditions, are all Hindus. Muslims may have different way of performing prayers, but their nationality is Hindu. All Hindus are accountable for Hindustan”. 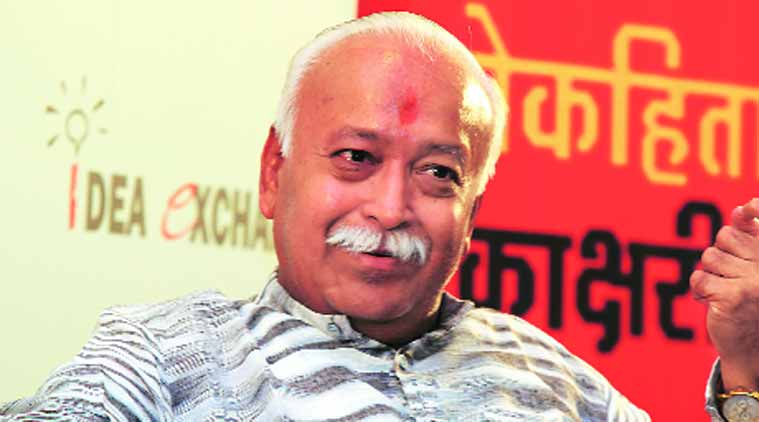 Looks like RSS Chief is taking the word ‘Hindustan’ on the face value as he argues that Hindustan is known as ‘Hindu’ community all over the world.  He said:

“Across the world Indian society is known as Hindu. All Bharatiya (Indians) are Hindus and we all are one entity,” he said. Hindus should remain alert for the honour of the country, Bhagwat said adding, “Across the globe it has been said that Bharat will become the world guru. In such a situation we are accountable for the country. It is necessary for Hindus to remain united and bury their differences”.

In Mohan Bhagwat’s speech, which generalized all Indians as Hindus, the notion of “unity in diversity” went for a toss as he disregarded the fact that about 20% of India’s population is non-Hindu. It also seemed that he mistook religion for nationality and was confused between the two. 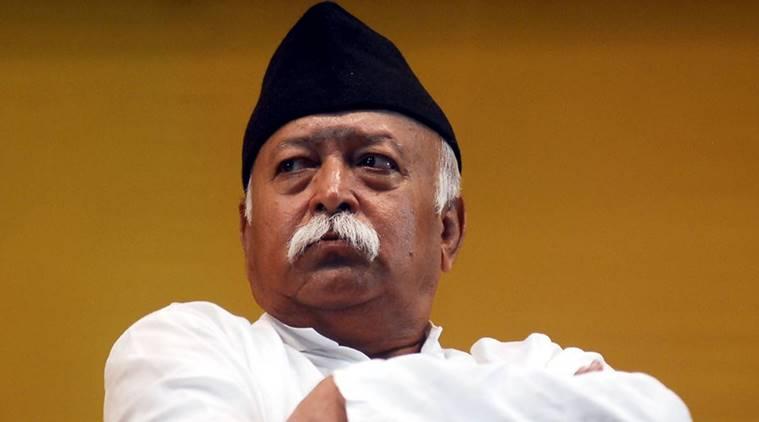 RSS Chief Mohan Bhagwat participated in a function on the ocassion of Guru Purnima in Patna on Sunday, July 21,2013. Express Photo BY Prashant Ravi

He made one outrageous statement after another before the crowd:

“Our caste, sub-caste, rituals and language may be different, but the language of our hearts is one. Diversity in life is beautiful, but it should also have unity”.