With the foundation laying ceremony of 192-meter tall Shivaji memorial, we seem to be in a hurry to build a monument which is double the height of America’s Statue of Liberty. However, the situation and the occasion demands us to repeat to ourselves the text known as  “The New Colossus” engraved on the American monument.

“Keep, ancient lands, your storied pomp!” cries she
With silent lips. “Give me your tired, your poor,
Your huddled masses yearning to breathe free,
The wretched refuse of your teeming shore.
Send these, the homeless, tempest-tost to me,
I lift my lamp beside the golden door!”

In our jest to please a certain section of the society for our political and electoral gains, we missed the ethos mentioned on the famous statue and rather focused on misusing the legacy of our ex-rulers.

AH Salunkhe, a noted scholar, accused Maratha leaders in the 1980s of exploiting the legacy of Shivaji and stated that “they are selfishly marketing Shivaji.” Today Modi and Shiv Sena inaugurating the 192-meter tall gigantic memorial worth 3600-crore has proved Salunkhe right once again.

But the most disturbing fact here is that how the project was pushed, despite facing a stiff opposition from environmentalists, who have allegedly claimed that the project will destroy the Marine habitat along with destroying the livelihoods of thousands of fishermen? In a state where, as per a report, almost nine farmers commit suicide daily. Couldn’t the Fadnavis government do something for them with an amount as huge as 3600-crore to help them? 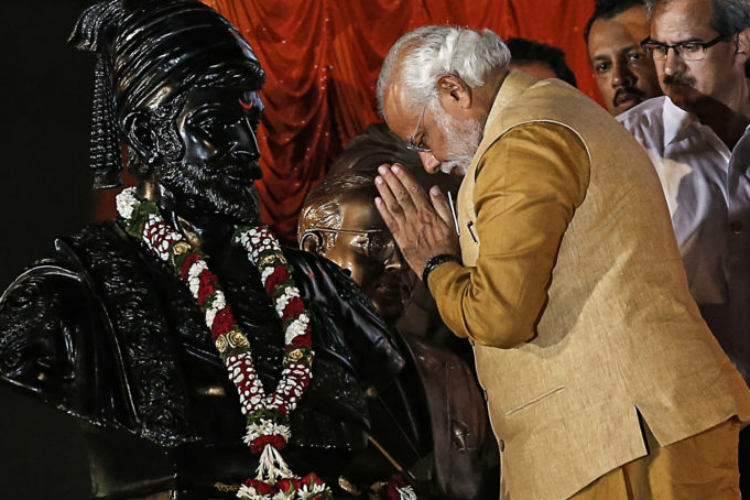 Environmental Side Effects and human cost of the project

The mega project which was first proposed by the Congress-led state government in 2008 has been criticised and opposed by the environmentalists and the Mumbai’s fishing community, Koli, as it poses a major threat to the  110-km coastal area of the Arabian sea along with rupturing the marine habitat.

The livelihood of around 80,000 fishermen who solely depends on the 42-acre seabed and have no alternate source of income also stands on the brink of destruction. The ferries taking visitors from Gateway of India and from Nariman Point will pass by local fishing grounds which are currently used by these fishermen.

As per the government-commissioned EIA report itself (which sounded worried by the project’s harmful impact, FYI)  the memorial will raise air pollution levels and congest the South Mumbai roads apart from straining the garbage disposal. The report also stated that the project will also severely affect the migratory paths of birds and alter their breeding patterns.

Also, once the memorial opens to the public, the city would require about 11 lakh litres of water. Almost one lakh litres of waste water will be produced, besides 3,000 kg of solid waste. And let’s not forget that the report has also estimated high power demand to illuminate the statue, which will cause a load on the power supply and in return cause cuts to the general public.

On a lighter note, all the best with the giant statue, Mumbaikars! 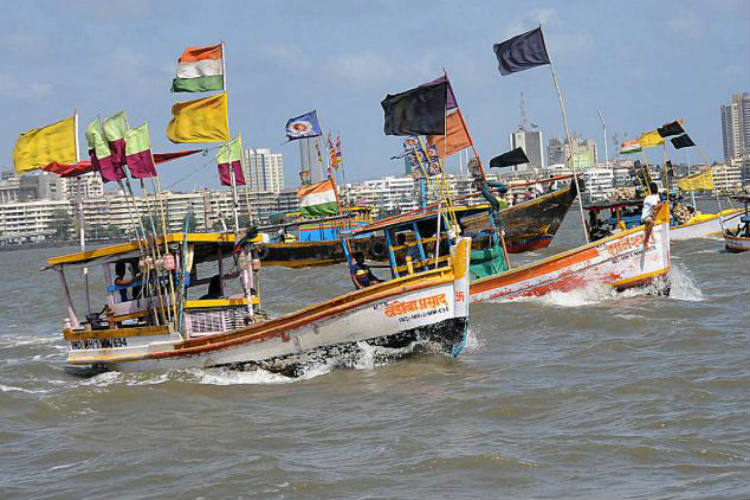 Since Shivaji was a Maratha, his name and glory have been used (and misused) repeatedly by Maharashtra’s own Shiv Sena which has often accused the non-Marathi speakers of taking away jobs meant for Marathi natives. Remember the cleansing of migrants from Bihar and UP? These “real” Marathas have chosen to remain ignorant to the fact that the original natives of this coastal region where they are building the statue are the fishing communities like the Kolis and the East Indians – the name given to the Catholics of this area.

However, these real “sons of the soil” and the city’s earliest inhabitants seems to be struggling for their rights and recognition while their livelihoods and lifestyles are on the verge of being encroached upon by the statue of a ruler who would have never wanted this for his people. 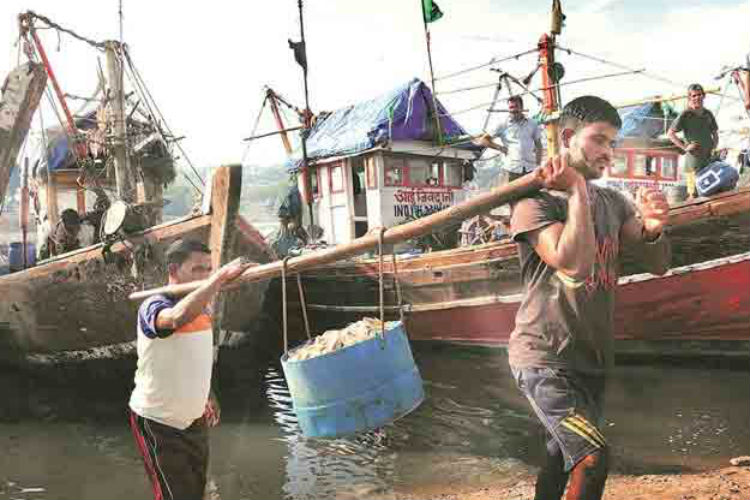 Shivaji was undoubtedly a brave warrior but his idolisation is not only annoying but against the very spirit of our democracy.

The exaltation of Shivaji is not new. The political leaders have time and again played the Shivaji card to woo the Marathi public. Or else why would you add Maharaja to the name of Shivaji international airport and Chhatrapati Shivaji Terminus railway station except with the purpose of aggrandising the already grand project? Using Modi to inaugurate the statue was a brilliant but obvious political move given that the Brihanmumbai Municipal Corporation (BMC) elections are just a few months away.

However, the cult status of Shivaji is not the only one to have been misused as a commodity in the political bazaar. The Ram mandir issue in Ayodhya, till date continues to be alive and kicking and in most probability will be used to fetch votes by some parties.

Oh and just a gentle reminder that the foundation stone laying ceremony of the Shivaji statue is ironically being laid exactly a day after Kisan Diwas and a day before ‘Good Governance Day’. In a state which has seen a horrific increase in the number of farmer suicide in the past two years (3,228 farmers committed suicide just in Maharashtra in 2015), this colossal wastage of public money is a direct insult to those lost souls and is anything but good governance.