Ajay Singh Bisht, famously known as Yogi Adityanath, was born on June 5, 1972 in Pauri Gadwal in Uttarakhand. Known to have a good Parliament record, Adityanath took charge as the Chief Minister of Uttar Pradesh on March 19, 2017, after the Bharatiya Janata Party (BJP) received a massive mandate in the assembly elections.

As per a report, the UP CM will celebrate his first birthday after taking over as the CM today, not by cutting any cake but by organising a hawan near Hazratganj in Lucknow. Ladoos of 45-kgs will be offered as prasad for the hawan.

On his 45th birthday, here are 7 things you must know about the Uttar Pradesh Chief Minister.

Born into a Rajput family, Adityanath has four elder siblings – 3 sisters and 1 brother – and 2 younger brothers. His father Anand Singh Bisht was a forest ranger. He earned a graduate degree in Science from Garhwal University in Srinagar.

His political journey began in 1996 after he was made the in-charge of managing the election campaign for Mahant Awaidhnath who was the Mahant of the powerful Gorakhnath Temple and had won Gorakhpur thrice consecutively. When Awaidhnath retired from active politics in 1998, he handed over his charge to Yogi Adityanath. He is referred to as a “religious missionary and social worker” on his Lok Sabha profile

In 1998, at the age of 26, Yogi Adityanath became the youngest member to be elected to the 12th Lok Sabha 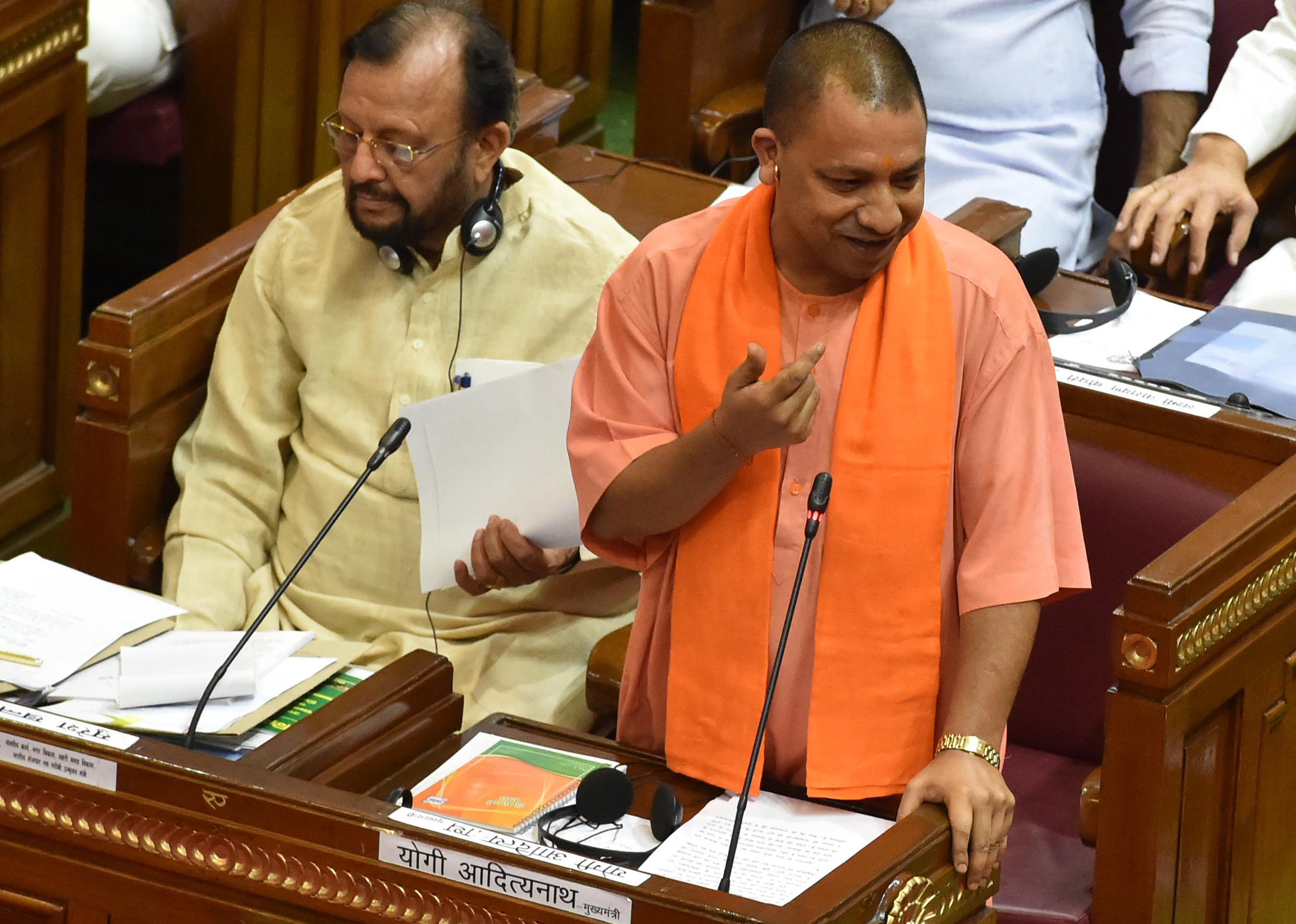 Yogi Adityanath is the founder of Hindu Yuva Vahini in Purvanchal. The outfit that had been in news lately in connection with the UP CM’s anti-Romeo squad, has in the past also been accused of instigating communal tension. Though the influence of the outfit, which was the brainchild of Yogi Adityanath, was earlier confined to Poorvanchal districts of eastern UP, it has reportedly seen a rapid growth after Yogi Adityanath took charge as the UP CM. 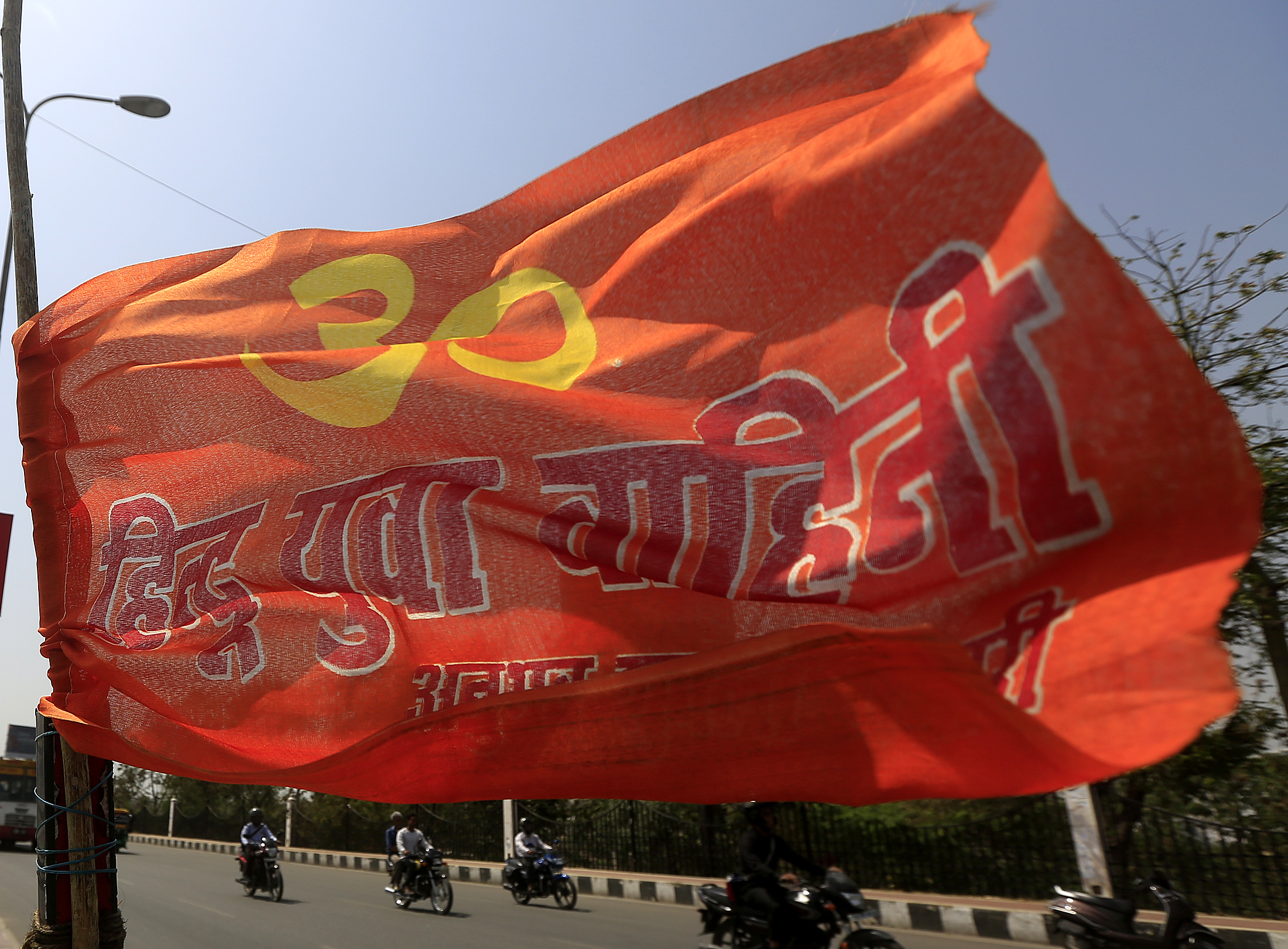 The UP CM is not new to controversies. He had been charged with several criminal cases including that of rioting, attempt to murder, endangering life or personal safety of others, unlawful assembly, trespassing on burial places and criminal intimidation. He had also allegedly carried out a ‘purification’ drive for conversion of Christians to Hinduism in 2005.

– Yogi Adityanath had in 2015 said that those who want to avoid Yoga can “leave Hindustan
– The BJP MP had also compared actor Shah Rukh Khan to Pakistani terrorist and 26/11 mastermind Hafiz Saeed, saying that he is “welcome” to go to Pakistan.
– In 2005, he had said: I will not stop till I turn UP and India into a Hindu rashtra.
– “If one Hindu girl is converted, we will convert 100 Muslims girls”
– In July, 2016, he had said: “Mother Teresa was part of a conspiracy to evangelise India. Hindus were converted in the name of doing service 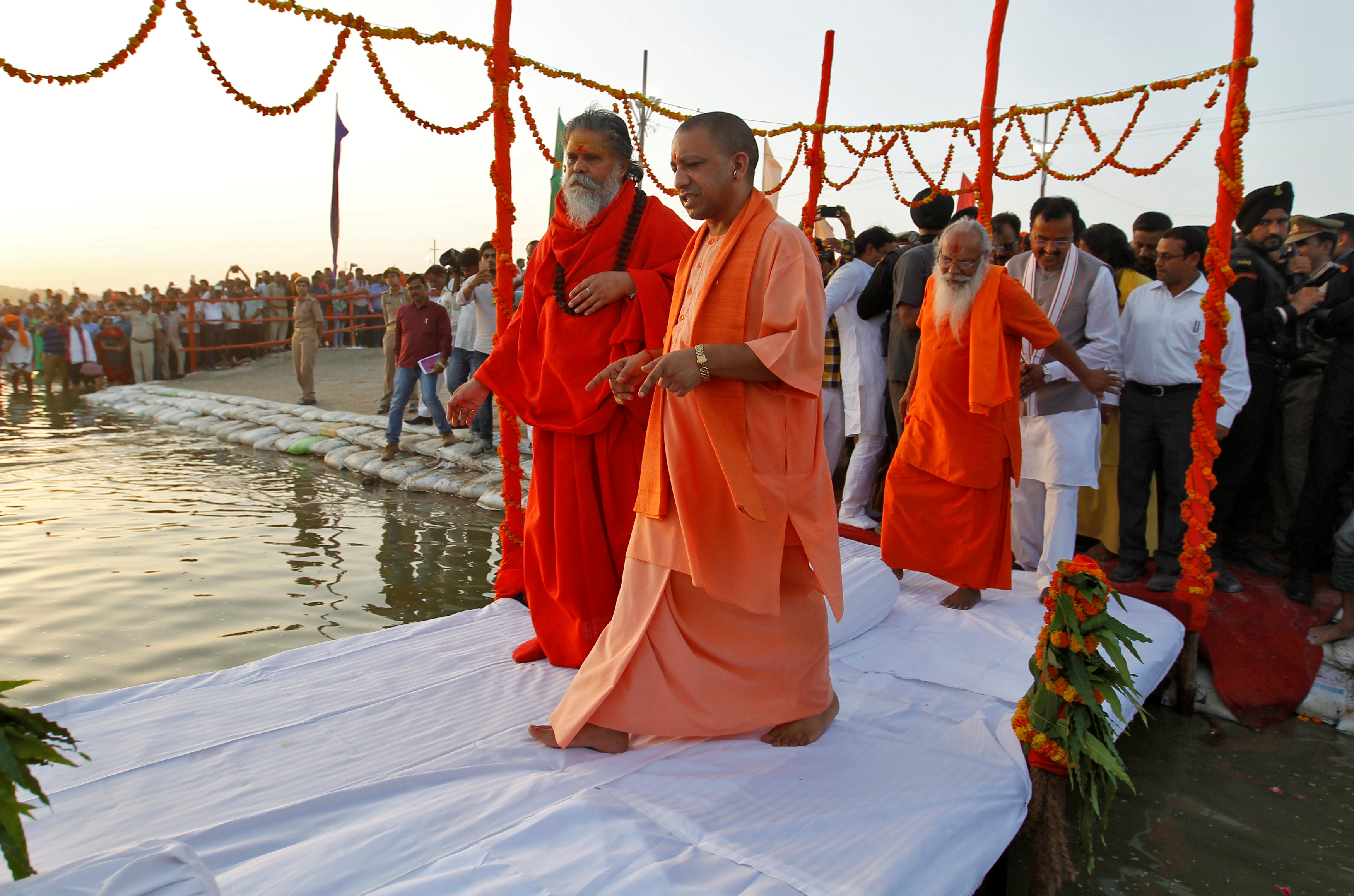 Being accused of inciting the 2007 Gorakhpur riots is the biggest blot on hs political career. It all started in January 2007 when Raj Kumar Agrahari, a young Hindu boy, was hospitalised in Gorakhpur after clashed ensued between a group of Hindus and Muslims during a Muharram procession. Though he said that he is organising a “non-violent dharna”, inflammatory speeches were made and some of his followers allegedly set a nearby mausoleum on fire. When Adityanath was arrested, protesting Hindu Yuva Vahini activists allegedly set several coaches of the Mumbai-Gorakhpur Godan Express on fire.

Though he has been one of the most influential leaders, he has often reportedly not been on good terms with the BJP. In the assembly elections in 2007, he and the party were at loggerheads after Adityanath wanted more than 10 seats in Gorakhpur region which the party was refusing. RSS had to intervene to solve the issue and Adityanath got 8 seats to field his candidates. He was one of the several BJP MPs who went against the party’s whip on the Women’s Reservation Bill. 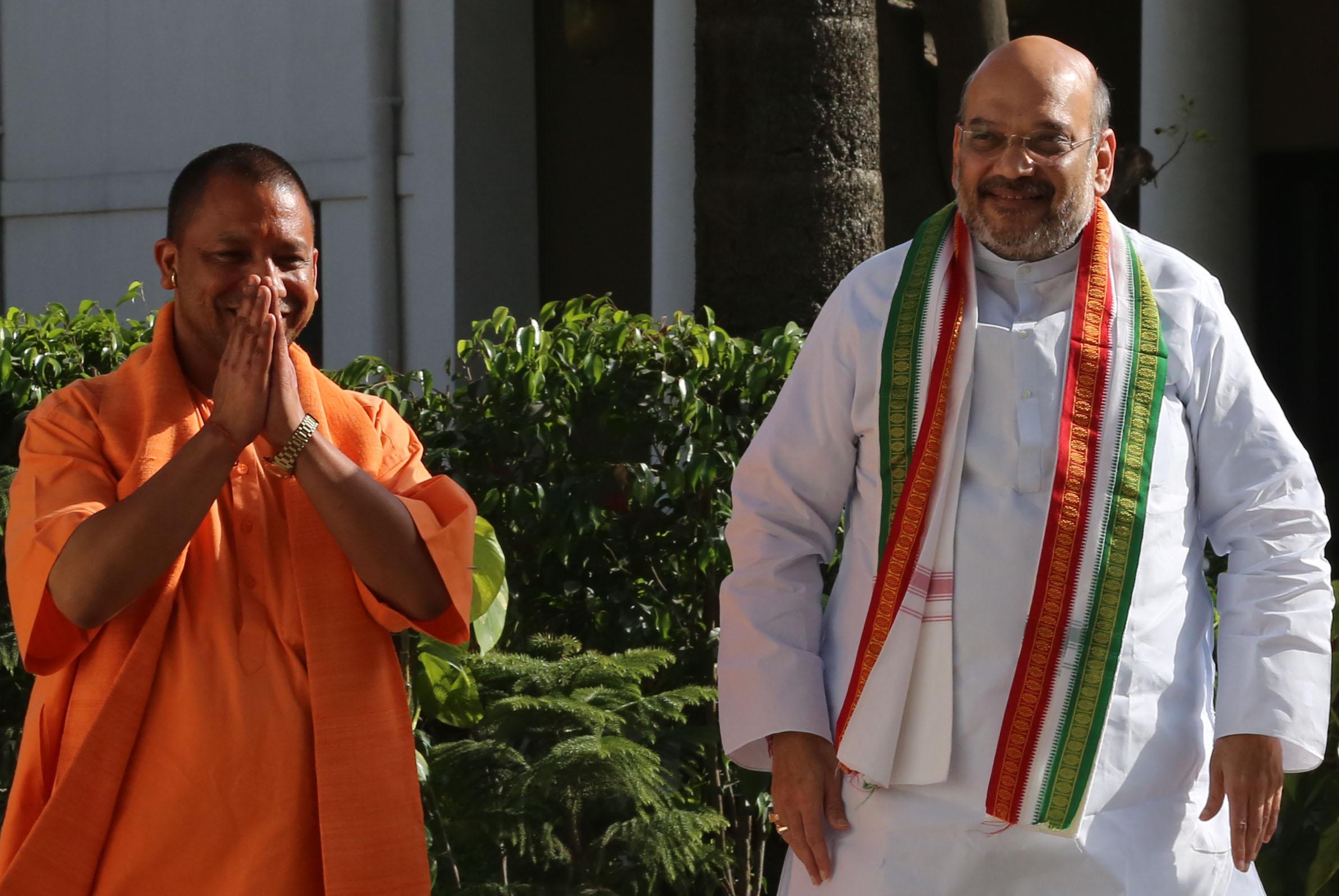 Here is how politicians are wishing him on his birthday

Bandaru Dattatreya, Minister of State (IC) for Labour and Employment

Birthday wishes to the young & dynamic leader @myogiadityanath . May he be blessed with long life with good health.