Uneasy lies the head that wears the crown. You happen to be the de-facto head of the united “Hurriyat” spearheading the ongoing agitation in Kashmir. At the peak of unrest, when your counterparts Mirwaiz Dr. Umar Farooq and Muhammad Yasin Malik were arrested, they chose you as the leader.

Sir, after spearheading longest-ever hartal, you have reduced the weekly protest calendar to 2-day agitation for weeks to come. You seem to have realized that in the age of nanotechnology, size and length don’t matter much. Asking people to work for five days a week, they have to stage protests on Fridays and Saturdays.

But Sir in announcing the new calendar, your ideology, believed to be essentially Islamic, contradicts the word of Allah. You ask youth to stage protests on Fridays but Allah wants believers to utilize this day for earning their livelihood, apart from prayers. 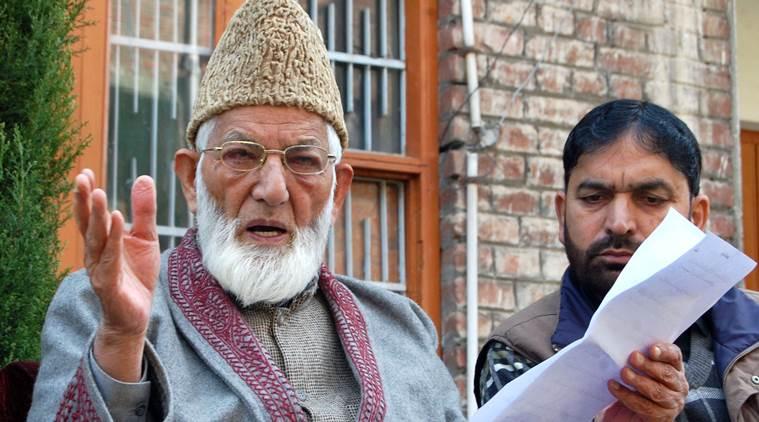 Allah says in Quran, Sura Juma, Chapter 62 verses 9: “O you who have believed, when [the adhan] is called for the prayer on the day of Jumu’ah [Friday], then proceed to the remembrance of Allah and leave the trade. That is better for you if you only knew.”

In the next verse, Allah commands believers to get back to work after mass prayers. “And when the prayer has been concluded, disperse within the land and seek from the bounty of Allah, and remember Allah often that you may succeed,” says the Quran.

So, how about protests on weekends?

Sir, united Hurriyat says it’s “consolidating gains” from the past months of “worst-ever” humanitarian crises.  What have been the gains, when over 90 people were killed, more than 15,000 wounded (including 1000  blinded)  while over 10,000 youth were arrested? Add, to the “gains” the mental trauma, helplessness and financial loss running into crores.

The only gain seems to be that after pushing people to protests, you finally softened your stand. Oops! You asked people to refrain from meeting Home Minister Rajnath Singh, who visited Kashmir at least thrice during the unrest, and you didn’t open your door to All Partly Delegation of Parliamentarians. But you finally ended up silently holding parleys with delegation led by senior BJP leader Yashwant Sinha who visited your residence.

Call it fate or coincidence, you softened your stand exactly at a time when the National Investigative Agency (NIA) had reportedly tightened noose around some of your kiths and kins accused of Hawala transactions. Had the Hurriyat asked New Delhi to ban pellet gun and to revoke cases against youth arrested during unrest, it could have been honorable exit from the cycle of protest calendar.

But then, being a hardliner you don’t want to talk anything less than azadi or merger with Pakistan.

Your role has been like that of a family head who wants his wife to take care of “small issues like running family” whereas he himself keeps eye on  bigger issues like US-Russia ties by watching TV news.

Reluctant to talk on restoration of pre-1953 position, you have failed to restore even pre-July 8 position, when Kashmir erupted in the wake of killing of Hizbul commander Burhan Muzaffar Wani. That time, people were yet to be killed, wounded, blinded or arrested.

And then, your soft-corner for ruling Peoples Democratic Party is nothing new. It’s as clear as its reference in the book, Kashmir the Vaypayee Years, by former spymaster AS Dulat, wherein he threw light on the symbiotic relationship between “Pirs”; the Muftis and Geelanis.

Practically for over a year, you had been avoiding hartals even against “staged encounters”.

This is presumably because Chief Minister Mehbooba Mufti looks at you as a “fatherly figure” whereas her cabinet colleague and government spokesman Naeem Akhter Andrabi acknowledges that you once kissed his forehead. In fact you were soft hearted even when Burhan was killed as your initial reaction was call for a daylong hartal. But then, you had a second thought, and you cashed public sentiment.

Sir before leaving for your annual winter vacations in New Delhi, you need to ponder over what have been the real gains. You still have time because Delhi looks least interested to hold talks with you. Dilli dur ast!