Close to 500 people have died since Amma’s death, according to the AIADMK. Many of them died of shock and heart-attack while others committed suicide mostly through immolation bids. The figures being quoted are mostly coming from the party machinery. Ever since, Jayalalithaa died, since 5 December, the party  first said 77 killed themelseves out of grief and shock. Then the number went up to 203 and 280 on the same day.

The media reports on the issue are all based on some survey done by the AIADMK.  We hardly come across any news based on actual eye-witness accounts or quotes of family members of the deceased to back up the numbers. That apart, this is a very unhealthy trend being set by the AIADMK regime. For every death, Rs 3 lakh has been announced as compensation to the family members of the deceased. It seems like the party is encouraging the act of suicide by Amma’s followers while it should issue statements to ask people to hold themselves together.

Read more: 5 lesser-known facts about Jayalalithaa that sums up the brilliant life she lived

Some pointed this out on Twitter calling it a scam. 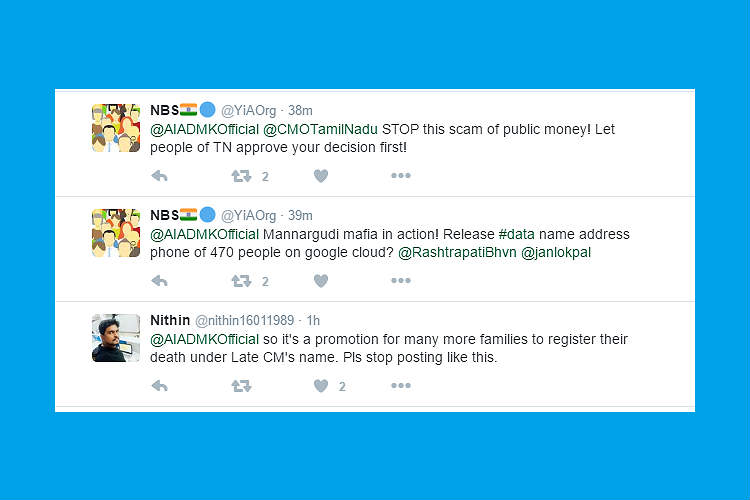 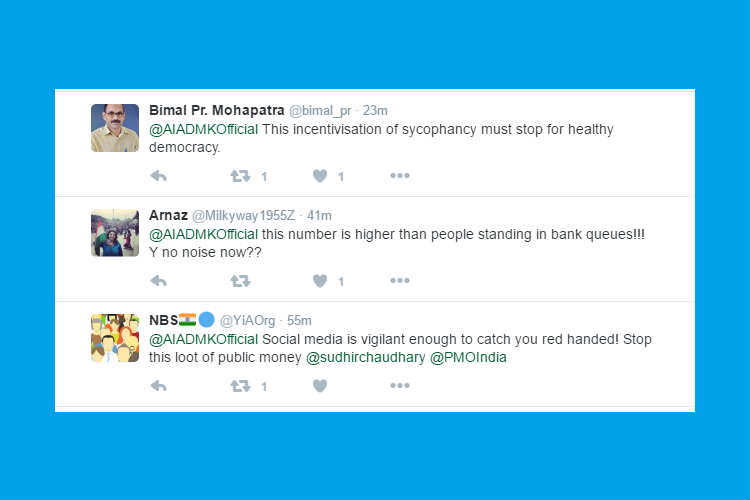 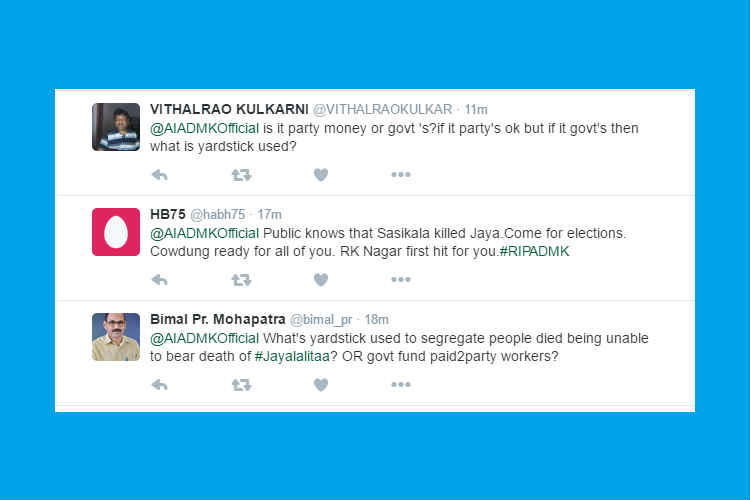 Read more: Was Jayalalithaa slowly poisoned to death? This and other conspiracy theories around Amma’s aide Sasikala

Does the party believe that the number of deaths following Amma’s death should be worn like a badge of honour validating their popularity even after the demise of their stalwart leader? Also, shouldn’t the real cause of the deaths be verified? Shouldn’t the party machinery focus more on providing immediate medical help, increased vigilance on streets to avoid any untoward incident instead of flashing numbers of deaths on an hour to hour basis and announcing compensation?