Key witnesses in Pehlu Khan case including his sons and lawyer were allegedly fired upon by unknown assailants, while they were on their way to Behror, Rajasthan to depose in the case, Indian Express reports. The incident reportedly took place on National Highway 8 when the witnesses were travelling from Nuh in Haryana to Rajasthan.

“I was in the car with witnesses Azmat and Rafiq and Pehlu’s sons Irshad and Arif, along with driver Amjad,” lawyer Asad Hyatt told the daily.

Irshad, one of Khan’s sons’ said the vehicle moved close to the car and the men inside wave their hands asking them to stop the vehicle. However, they decided against stopping the car because the other vehicle did not have a number plate.

“Then their vehicle came nearer and the men started hurling abuses at us, telling us to stop at once. Then they overtook us and fired upon us,” lawyer Asad Hyatt told the daily. 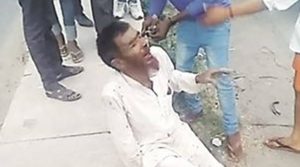 Hyatt said they were forced to take a U-turn to avoid the vehicle. “They started firing at us as we didn’t stop. We sped away and their vehicle went on towards Behror. We are taking another route through the villages to reach Alwar and meet the SP,” Hyatt told the daily.

Irshad said they have lost faith in Behror police as it had given clean chit to the six people” named in the FIR.

Alwar SP Rajendra Singh said they received information about the incident only from the media, and will take action if approached.

Pehlu and four others, were returning from a cattle fair on Jaipur’s outskirts on April 1, and were headed back home to Haryana when they were attacked by cow vigilantes in Alwar’s Behror. The mob, calling Khan and his companions cattle smugglers, assaulted them. Pehlu died two days later and a video documenting the lynching went viral and caused nationwide outrage.