In the last 70 years since India and Pakistan parted ways, there were times when we could not see eye to eye for matters beyond our control. At times we even refused to recognise each other’s existence, but it would be impossible to overlook our shared past, common history and culture. Even if we claim to hate each other, deep under there is a feeling of bonhomie that binds us together.

As Pakistan celebrates its national day today, here are nine reasons we should not hate our neighbour:

There is one thing that even the nationalists will have to agree that Pakistan’s Coke Studio is more popular than ours. You just have to see the number of hits. Honestly, India’s Coke studio has been hugely influenced by the Bollywood films that have limited the scope for creativity while Pakistan’s film industry has paved the way for music from a different background to evolve in Pakistan. Also, we have innate tendency to kill the soul of our music by juxtaposing unnecessary sounds. 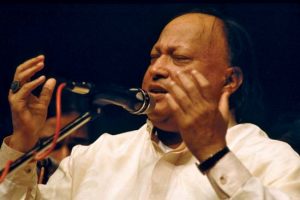 It would be a gross injustice to the huge pool of great talents from Pakistan, if we name just a few of them. However, there are some artists who have gone on to become the greatest in their respective fields. Some of the such examples in Kawwalli are Nusrat Fateh Ali Khan Saheb, Sabri brothers, Abida Pareveen, to name a few. Ghazal singers like Mehendi Hasan, Iqbal Bano, Farida Khanum, Ghulam Ali are revered on both sides of the border.

If we begin counting songs that Bollywood has borrowed from Paksitani musicians, it would run on for days. The piracy of Pakistani songs was at its peak in the early 90s, during the era of Nadeem Shravan, Viju Shah and Anu Malik. Some of the songs are like Tu Cheez Badi Hai Mast Mast ( Mohra), Bahut Pyaar Karte Hian Tumko Sanam (Saajan), Achacha Sila Diya Tune Mere Pyar Ka ( Bewafa Sanam) and Mera Piya Ghar Aaye O Ramjee( Rajkumar). However, still many songs are borrowed from our neigbour. 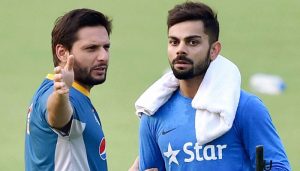 Had it not been for the rivalry between India and Pakistan, cricket would never have been as nail-biting as it is today. The reason why the ‘mauka mauka’ commercials became a rage only shows how people on the sub-continent are crazy about this game.

While India does not have to look around when it comes to creating bloopers, Pakistan has earned a special place for innovation in media. Thanks to Chand Nawab who changed the way we looked at journalism forever with his awe-inspiring video. Besides, he also inspired Nawzuddin Siddqui’s role in Bajrangi Bhaijaan. 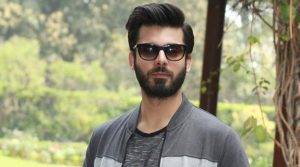 Pakistan has constantly bowled over Indian female fans by sending the likes of Atif Aslam, Ali Zafar. However, their latest export Fawad Khan is the toast of the town. With his drop-dead gorgeous look, the broody bearded actor has become a heartthrob in India as well. However, only time will tell when the actor will come to India given the rousing controversy over Pak artist’s performing in India.

We may have our won breed of bizarre artists but Taher Shah is in a league of his own. He took the internet by storm with his epic music video ‘Angel’. The song’s simple lyrics, “I am like an angel, mankind’s angel, lonely for you” created social media frenzy and inspired a number of memes. Bollywood actress Twinkle Khanna was forced to say that ‘Pakistan doesn’t need nuclear weapons they can just drop this purple bomb on us.” However, the hilarious video may occur but Shah described himself as a serious artist and added that he was humbled to the response. 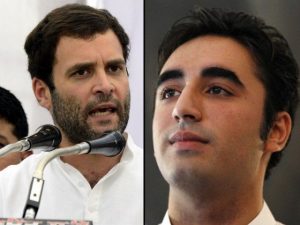 In fact, our politicians are not very different from their Pakistani counterparts. Like ours, even they prefer power over social service. However, the Pakistani army takes the cake here. Also, we have so many parallel characters. We have Rahul Gandhi, they have Bilawal Bhutto. We have Arvind Kejriwal, they have even bigger agitator Imran Khan.

9) The US is yet to ban Pakistanis. 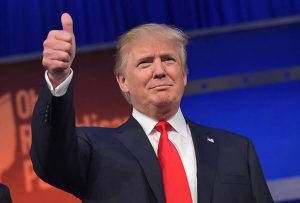 As we always become unnecessarily enthusiastic whenever Uncle Sam rebukes our neighbour. However, even the new US president has not included Pakistan in the list of  Muslim countries banned from entering Amreeka.