More than 60 winners have conveyed their intention to skip the felicitation ceremony of the 65th National Film Awards scheduled on May 3. The recipients took the decision after a last minute announcement that President Ram Nath Kovind would be handing out only 11 awards, a departure from tradition.

In a letter addressed to Chaitanya Prasad, Additional Director General, Directorate of Film Festival, along with the President’s office and the Information & Broadcasting Ministry, the recipients said they were “disheartened” and “felt dejected rather than honoured” on being informed at the last minute that the president will present only 11 awards, PTI reported.

“It feels like a breach of trust when an institution/ceremony that abides by extreme protocol fails to inform us of such a vital aspect of the ceremony with a prior notice. It seems unfortunate that 65 years of tradition are being overturned in a jiffy,” read the letter, signed by more than 60 filmmakers and artistes from across the country”. 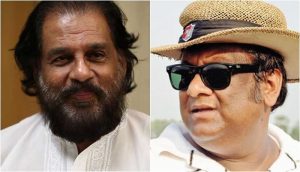 “We request that the dignity and eminence of this award is maintained and that there is no display of hierarchy at the event. We are disappointed to know that the Hon’ble President will be presenting the Award to just 11 Awardees and not the remaining of about 120 of us.”

The letter also stated that despite discussing the matter with I&B Minister Smriti Irani on Wednesday and being promised of a reply, they were not given one. 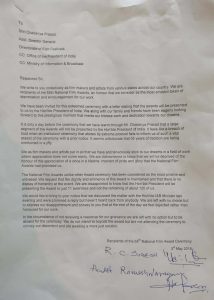 Filmmaker Kaushik Ganguly also expressed his disappointment with the latest turn of events.

Speaking to inuth.com, he said: “This is very disappointing for us. Around 65 awardees are thinking of going back. And it’s not about Smriti Irani. She tried her best to help us. But the thing is, each awardee dreams of this day because the want to be recieve the award from the President of India. They bring their family and friends to witness the moment. To be denied that honour is very depressing.”