Thinking twice before buying onions? Retailers in West Bengal might now do the same before stocking onions. According to a vegetable seller in East Midnapore district, he was robbed of several sacks of onions.

Akshay Das reportedly claimed that he found everything scattered in his shop when he opened it for business on November 26. Though the money was intact in the cash box, Das said the thieves had stolen onions worth Rs 50,000. They had also escaped with some ginger and garlic.

He told IANS, “They didn’t take a single paisa from the cash box”.

The price of onion in West Bengal crossed Rs 100/kilo on November 25, after hovering between Rs 70-80 for the past couple of weeks. This comes after Nashik, Maharashtra was inundated with heavy rains which resulted in large quantities of onion produce becoming rotten. Maharashtra supplies 70% of West Bengal’s onion requirement. 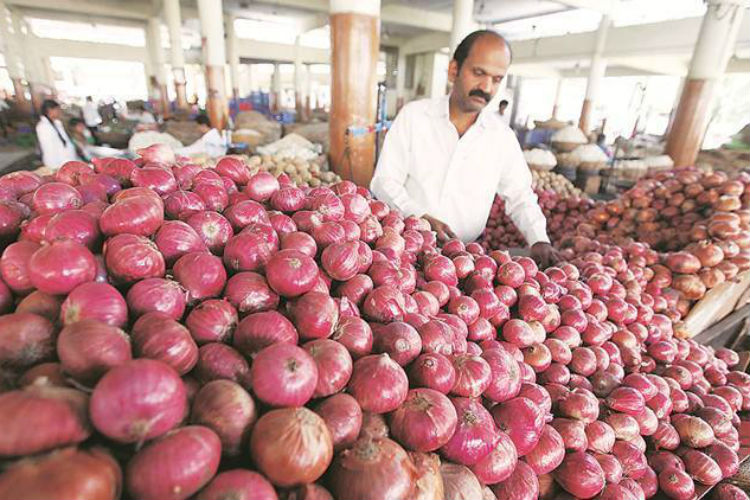 In urban centres like Kolkata, Chennai and Pune, the prices have peaked up to Rs 130. Such a surge in the price of onions has also led to people substituting onions with radishes and cabbage, thus bringing down demand. A vendor told ANI, “We are purchasing onions at Rs 60-70 per kg, and then selling at Rs 80 per kg in the market. So, due to the rise in price, customers buying only 250-500 gm onions now.”

Last month, two women in an Uttar Pradesh village got into a full-fledged fight after one of them rebuked the other for her inability to buy onions. Such outrage has been common on social media:

A kilogram of onion is selling more than the price of a litre of Petrol. Where are we heading towards?#onioncrisis #onionprice

Karnataka is one of the major onion growing states. Almost 75% crop destroyed in the recent heavy rain and flood. Wholesale price close to Rs.100 per kilo. Retail price, at some places Rs.135-40. #OnionPrice

#Onion has officially hit 120/- @smritiirani pls do some drama and bring prices down. #OnionPrice

In Pune and Mumbai, onions 100rs kg , all other news overshadowed this one which hits the common mans purse right now.
Anyone cares for common man ?#OnionPrice

Earlier, the video of a farmer from Ahmednagar telling his woes also went viral.

This is so heartbreaking!

A poor farmer from Ahmednagar, #Maharashtra got a measly Rs 8/kg for his onion produce. He is devastated & doesn’t know how he is going to pay labourers or feed his family.

This is what the man busy trying to save his CM’s chair has done for farmers! pic.twitter.com/Zv8sZHMUkw