Dalai Lama, the spiritual head of Tibetan Buddhists, is celebrating his 82nd birthday in Leh today. Revered by the Tibetans as a ‘living god’, Lama has become a face of non-violent campaign for democracy and freedom in his homeland. He has traveled the globe, attending meditation conferences, giving sermons on ethics, non-violence, peace and religious harmony. He was awarded the Nobel Peace Prize in 1989. However, China vilifies him as a ‘wolf’ in the garb of a ‘monk’ and accuses him of conspiring to destroy the country’s sovereignty by pushing for independence. However, Dalai Lama maintains that he does not seek independence for Tibet but wants a meaningful autonomy that would allow Tibetans to maintain their cultural, language and religion under China’s rule. 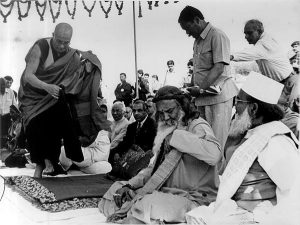 Here is what you need to know about the fourteenth Dalai Lama and his friction with the communist state.

The 13th Dalai Lama declared Tibetan independence from China in 1912. Nearly 40 years later the new regime (People’s Republic of China) attacked Tibet during the anointment of 14th Dalai Lama. In 1950, then 15 year old leader fought against China’s invasion but lost. Later, he agreed to cede with China. However, a few years later Tibetan people revolted against the China and tried to regain their sovereignty. The uprising failed causing his holiness to fear for his life as he could have been charged with treason. 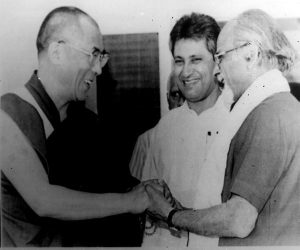 He fled to India along with scores of his followers. He denounced the 17-point agreement with China and set up a Tibetan government in exile. . From India, he maintained his position of authority over the Gelug Buddhists and the Tibetan government. Soon, the world took notice of his face off with China. It was alleged that America’s Central Intelligence Agency funded Dalai Lama and his Gelug Buddhists to help launch guerrilla operations against Chinese establishment in the 1960s.  However, with time the spiritual leader exalted the world with its peaceful and thoughtful approaches to life and conflict. Even as the Dalai Lama heads a government-in-exile not recognized by any country, his receptions and meetings with leaders across the globe draws stern condemnation from China. Overseas, the Dalai Lama became a celebrated figure but in China he was  despised as a troublemaker.  His message of peace and non-violence won him Nobel Peace Prize in 1989. 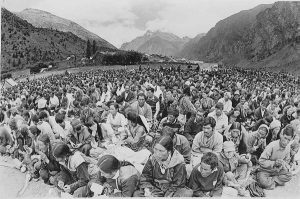 In 2008, Dalai Lama’s envoys held eight rounds of talks with China until these were stonewalled in 2008 after turmoil in the Tibetan Autonomous region for which the Chinese blamed Dalai Lama. In 2011, he gave up his political responsibility  but continued with his demand of greater autonomy for the Tibetan state.