We have often come across stories of civil services officers  passively becoming party to the corrupt practices of those in power. However, there are a few officers who are not the one to give in to the whims of corrupt politicians.  Given the patriarchal set up that still plagues our society, one can only imagine the ordeal of an honest woman officer  as compared to their male counterpart. It must be stated here that there is a huge gender inequality in our bureaucratic system, (nearly 1: 20). However in last 10 years, the number of woman IAS officers have significantly increased and they are consistently outshining male candidates. 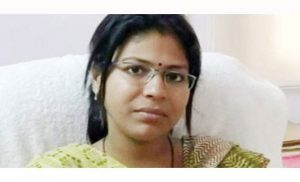 After securing 20th position in 2009 civil services exam, Nagpal joined the Punjab cadre. In her first assignment as  trainee IAS officer , she exposed the land scam in Mohali. However, she attracted national attention after she took on the Sand mafia as sub-divisional magistrate of Sadar, Noida. She formed special investigative teams to launch crackdown on illegal sand mining on Yamuna and Hindon river banks. She did not buckle up under huge political pressure and subsequently suspended. However, fearing huge criticism the UP government revoked her suspension. 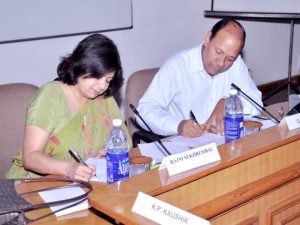 The Haryana cadre IAS officer was instrumental in exposing JBT scam that resulted in the conviction of 55 persons including former Haryana chief minister Om Prakash Chautala and his son Ajay Chautala. She did not cower down to political pressure when she was asked to change the results of 3200 Junior Basic Training (JBT) teachers in 1999-2000. Subsequently her transfer orders came. In an attempt to stop them from tampering with the results, Sibal wrapped the almirah with the list of results in it with a 4 mt-long cloth and bandages. The five employees who were present in the office that time all signed the cloth in different places and the almirah keys were sealed in an envelope. This simple action led to the list not being tampered with, brought attention to huge scam (now known as JBT Recruitment Scam) and an eventual CBI investigation into the matter that implicated several people in high places. 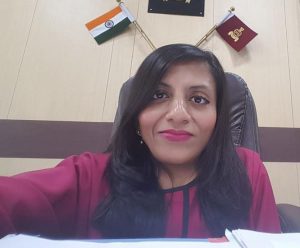 The story of Ira Singhal needs to be celebrated for various reasons. Firstly, she is first differently-abled woman to to top the civil services  exams (2014). Secondly, she fought a long battle to get what she deserved. She was refused the coveted  position in office citing her physical disability as a criterion for ineligibility . She is suffering from Scoliosis, a medical condition entailing a deviation of the spine.  In 2012 she filed a case in the Central Administrative Tribunal (CAT) and won after four years. 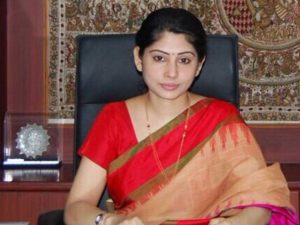 At first glance, Smitha Sabharwal may come across as a novice and but you just need to go through her body of work  to understand the fiery woman she is. Her pet project ‘Fund Your City’  as Municipal commissioner of Warangal shot her to prominence. The scheme provided the town with parks, traffic junctions and pedestrian ways through public-private partnerships. A 2001 cadre IAS officer, Smitha was fourth topper in her civil services exams. Her work as district collector of Telangana’s Karimnagar was exemplary. It was named ‘Best District’ under the PM’s 20-Point Programme for 2012-2013. As Medak district collector she ensured fair polling in last year’s general elections. Later, she was posted as additional secretary to chief minister K Chandrasekhar Rao, becoming the first woman IAS officer to be appointed to the  CM office. 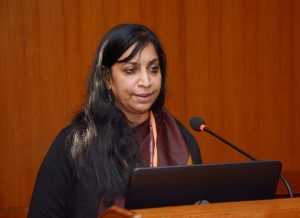 A Kerala cadre IAS officer of 1982 batch, Aruna Sundararajan has served in various capacities. Forbes  described her as an IAS officer who thinks like a business woman.  She is known for her pioneering work in Kerala’s e-governance and e-literacy programmes as state’s IT secretary. She was instrumental in changing the IT landscape of Kerala , In fact she played a key role in establishing state’s IT department way back in 1998. She spear-headed Akshara Project in Kerala which was then the largest e-literacy project of its kind where over 1 million people were trained in basic digital skills. She currently holds the post of IT secretary in Modi government. 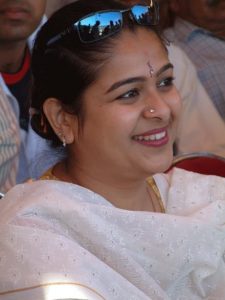 A Rajasthan cadre IAS officer of 1999 batch, Mugdha caught media’s eye after she launched a crackdown on the illegal mining in the Ajmer district. She was transferred to Sri Ganganagar within four months of her posting. Organisations of farmers, traders and students came out in Sinha’s support. She said she had not come to the district for serving a select few, but the common man. If this had annoyed the powers that be, she couldn’t help it, the IAS officer added. She is currently district collector of Jhunjhunu. 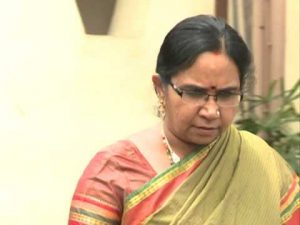 A 1988 batch IAS officer of Andhra Pradesh cadre, Malakondaiah likes to maintain a low profile. However, she is an iron lady when it comes to decision making. Seven transfers in seven years have failed to shake the convition of this fiery lady. A no-nonsense IAS officer, Malakondiah dragged the multinational seed company, Monsanto, to the MRTP Commission as the agriculture commissioner following which the MNC was forced to reduce the price of BT Cotton seeds. From agriculture to transport to education to civil supplies which ever department the lady officer has been assigned, she never compromised with her ethics.