Great things have humble beginnings. Anand Kumar’s Super 30 is playing a pioneering role in empowering children belonging to the economically backward sections and helping them realise their dreams. Founded in 2002, Kumar’s programme has maintained a formidable success rate of 88% over the last 15 years of its existence, with nearly 396 out of its 450 students making it to the IITs so far. While Super 30 has gained a status of star institute for its unfailing record, there are other organisation which are doing commendable work in transforming lives of underprivileged children. Here we have enlisted 10 such organisation that are contributing to this social revolution.
1) Rahmani Super 30: 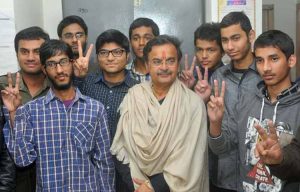 Launched by Syed Mohammad Wali Rahmani in 2009 with active support from Bihar DGP Abhyananad (the person who conceptualised super 30),  Rahmani 30 is helping poor Muslim aspirants overcome a “mental block” that they cannot make it to prestigious institutes. The program was first launched in Patna, and later extended to the cities like Mumbai and Hyderabad. Since its inception in 2008, 213 students of Rahmani 30 have cracked the IIT entrance exams whereas some 376 students have successfully competed for other Institutes of National Importance (INI) such as the NIT etc.  Maulana Wali Rahmani, who is also the general secretary of All India Muslim Law Board, believes instead of blaming the system for poor education among Muslims, the society itself should take an initiative in this direction.
2) The Education Charitable Trust, Chattishgarh: 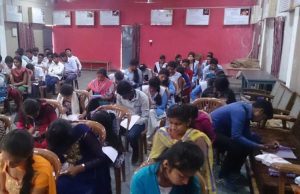 This organisation based in Durg and Bhialai is helping  promising students from government schools overcome their challenges through a unique initiative. The Trust arranges special coaching for less fortunate yet deserving children and bears its expenses. An expert coaching institute conducted a screening test for 93 students from BPL backgrounds in a government model higher secondary school. Out of the 93 students, 42 passed. Top teachers in Medicine and Engineering streams agreed to coach the deserving bunch for a crash course for NEET n JEE exams. The results of this initiative have also started to show. Of the students attending the coaching classes, two have cleared the 2017 JEE mains. Falendra Kumar of the Ranitarai Higher Secondary School and Himani G. of Uthai Higher Secondary School successfully cleared the examination, and are now receiving coaching for JEE advanced.
3) Akash Tripathi classes, Kolkata: 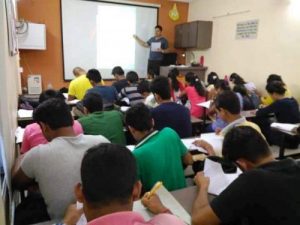 Akash Tripathy, an inspector at Central Excise, Customs, and Service tax, has become a beacon of hope for several underprivileged students. Through free coaching to students of financially weak backgrounds, Akash trains them for competitive exams. All he needs from them in return is a promise that his students will help someone in need. The only fee charged to the students is the room rent, which is divided among all the students and Akash himself. As of now,that works out to Rs. 8 per student per month.A nd even that is waived off if the student is unable to pay.
4) Indian Army’s Kashmir Super 30 initiative: 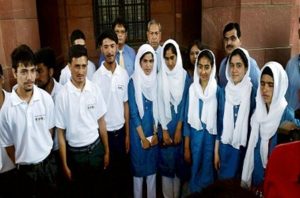 Inspired by Bihar’s Super 30,  this project has been initiated by the Indian army to support talented, underprivileged students of Kashmir to achieve educational success. A total of 40 students were enrolled under the project. Of which, 35 boys were given coaching in Srinagar and five girls in Delhi/NCR. Of them, 26 boys and two girls have qualified the IIT-JEE mains exam. Further, out of 28 students, nine made it to the prestigious IITs.
5) Oil India Super 30: Oil India Super 30, a social initiative of the Oil India Limited, has helped some 99 economically backward but meritorious students qualify for admissions into the country’s most prestigious institutions like IIT, NIT and other engineering institutes this year. The Oil India Super 30 was launched by Oil India Limited in association with the Centre for Social Responsibility and Leadership (CSRL). Under this project, 11 months free residential coaching is given to the selected students under the sponsorship of Oil India Limited. Out of  147 students, 122 cleared the JEE Mains and among the 122 students 99 cracked the JEE Advance examination this year. The coaching centres of this institute are located in Guwahati, Jorhat and Dibrugarh, Nagaon. The location of the other centres includes Itanagar and Jodhpur. 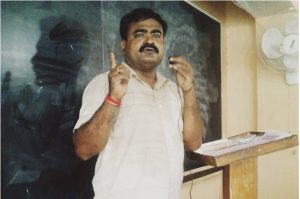 Dr. Motiur Rahman Khan from Patna has dedicated his life for upliftment of promising students with lesser means.  Fondly known as Guru Rahman, he started his coaching institute in 1994 which has trained several deprived students at a nominal fee of Rs 11.  Under his tutelage, over 11000 have become Sub Inspectors, IAS, IPS and IRS officers over years. Rahman, himself, hailed from a poverty stricken family and struggled a lot to reach where he is now. The story of Rahman charging Rs 11 is also unique. A student once came to him only for some guidance as he did not have enough money, but Rahman found the boy to be brilliant and asked him to join his classes anyway. Rahman asked the boy, who had lost his father, to pay just Rs. 11 for his classes. This student, Shadique Alam, is now the District Collector of Nuapada, Odisha. Following which Rahman decided to teach students from underprivileged students for just Rs 11. His students, who are now successful, donate money to help the upcoming batches.
7)  Operation Blue Crystal (OPBC): 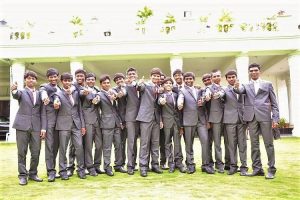 It’s an initiative by  government-run Telangana Social Welfare Residential Educational Institutions Society (TSWREIS), that provides free long-term coaching to talented children who cannot afford education or coaching. A record 84 underprivileged students of TSWREIS will be getting seats in medicine and BDS courses in 2017.  However, the person who has been credited to change TSWREIS  from an ordinary government aided institute to a centre of excellence is IPS officer Dr R S PraveenKumar, who took the mantle of secretary in 2012 and changed the mindsets, infrastructure and pedagogy of TSWREIS. Within two years, he had transformed the once-dingy hostels into institutes of excellence and now, poor Dalit parents flock to admit their wards here, especially girls, reported The Hindu.
8) Dakshana Foundation: 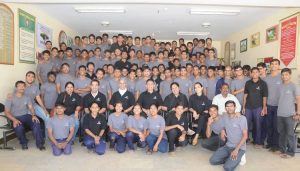 In 2016, Dakshana rolled out the One-year Scholarship program to help rural students prepare for NEET- the country’s most competitive entrance exam for medical colleges. A total of 69 scholars including boys and girls from government schools across India were selected for coaching. To everyone’s surprise all 69 scholars qualified at the NEET and have created history for Dakshana with a 100% result. A Memorandum of Understanding (MoU) has been signed bnetween Maharshtra government and Pune-based Dakshana Foundation to provide free coaching for student of government and government aided schools of the state.. The scholarship includes free coaching for JEE/NEET with free food as well as accommodation at the Dakshana Foundation Campus in Pune.
9) Gujarat Tribal development scheme: 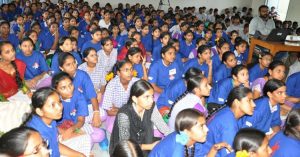 This project  launched by state tribal department in 2017 avails free coaching for JEE and NEET  aspirants. Students from backward classed pursuing studies in class 12 science stream are beneficiaries of  this project. According to Ahmedabad Mirror, State Tribal Development Secretary RC Meena said, “The aim is to help students from the tribal background. There are over 60 centres across the state in 52 tribal blocks. An agency has been hired to conduct the four month training session for students. It has already commenced since December 1, 2016 in the tribal belt.”
10)  United Karnataka Charitable Trust: This trust started  providing free coaching for Class 10 students in 2007. Gradually , many students hailing from economically weaker section started showing up. Students, who were left with no option but to quit studies due to financial reasons, have now joined the classes. The number of students has soared over the past 10 years and the trust now has  strength of 80 students. Most of them are from Karnataka’s Nagwara and nearby areas.  Since the beginning, the trust has attained cent per cent results. The results have translated into students becoming engineers, a few pursuing postgraduate courses and landing jobs in MNCs or moving abroad.
Trending
photos