Spies are the informants of a government on a foreign soil. Unlike the glamourous image that is shown in movies, spies play a big role in passing the information regarding one country to the other. They also face the fear of having a dark future if they are caught.

On Thursday, a staffer at the Pakistan High Commission was arrested by the Delhi Police after he was allegedly found in possession of vital defence documents including maps and plans. Reports suggest that he was on ISI payroll. He was held for questioning but was soon let off owing to diplomatic immunity. He had been in touch with his local contacts for months to get sensitive information on defence and other issues.

However, he is not the first person to be held for espionage. In a statement in March this year, the government had informed the Rajya Sabha that central and state government agencies had arrested 46 Pakistani spies between 2013-16. Over 50 Pakistani spies have been arrested in India since 2013.

Despite being foreign nationals, they easily obtain an Indian identity with documents to prove their nationality, thanks to a well-oiled Pakistan intelligence network.

Here are some of the cases where Pakistani spies were caught by Indian agencies.

Mohd Kalam alias Mohd Ejaz: He was tasked with targeting Indian Air Force and military installations in Bareilly. He was trained in communication codes and military formation signs. He worked as a photographer in a studio in Bareilly while carrying on spying activities.

Kafaitullah Khan alias Master Raja: The Pakistani intelligence operative was held for obtaining secret information related to India’s national security and sharing it with Pakistan’s ISI. He is a resident of Rajouri in Jammu and Kashmir. He was arrested along with a BSF personnel for running an espionage racket.

Nandlal Maharaj: He was arrested in August 2016 in Jaisalmer by a combined operation of Intelligence Bureau, RAW and other intelligence agencies of Rajasthan. He admitted that 35 kilo of RDX had been brought in India till August. A diary with details of transactions between him and Pakistani agencies had also been recovered from him. The 26-year-old had multiple sim cards and two mobile phones which were used by him to contact his people in Pakistan.

Bodh Raj: Two Pakistani SIM cards and a map showing deployment of security forces were recovered from him. During the search operation, Raj was found roaming in suspicious circumstances in Jerda village, close to the International Border (IB).

Irshad Ahmed: He was working undercover as a manual worker at the Indian Army’s 29 Division Headquarter in the Mamoon Cantt in Pathankot, where terrorists struck an air force base in January. Several photos of sensitive installations had been recovered from him. The Pathankot Cantonment Army division includes infantry battalions and cavalry.

Someone please tell this lady that one Ranjith KK was also arrested for passing info to ISI! #राष्ट्रवादीदेशद्रोह pic.twitter.com/6G3JoWddVQ

Ranjith KK: He was an airman in the Indian Air Force who allegedly shared secret documents with intelligence operatives backed ISI. He had joined the service in 2010 and was posted at Bhatinda Air Force Station. He allegedly shared information about locations of fighter jets and Air Force bases with ISI operatives through e-mails and text messages. He was reportedly roped in into the spy ring by an unidentified woman whom he had met over a social networking site.

Gordhan Singh Rathore: An ex-Army man and a revenue inspector, Rathore was in possession of a map detailing Pokhran field firing range. He allegedly leaked details of Indian Army’s war exercises to the ISI. His son is also serving the Indian Army. Reports said that Rathore was sending information to via VoIP, which is very difficult’ to be intercepted. 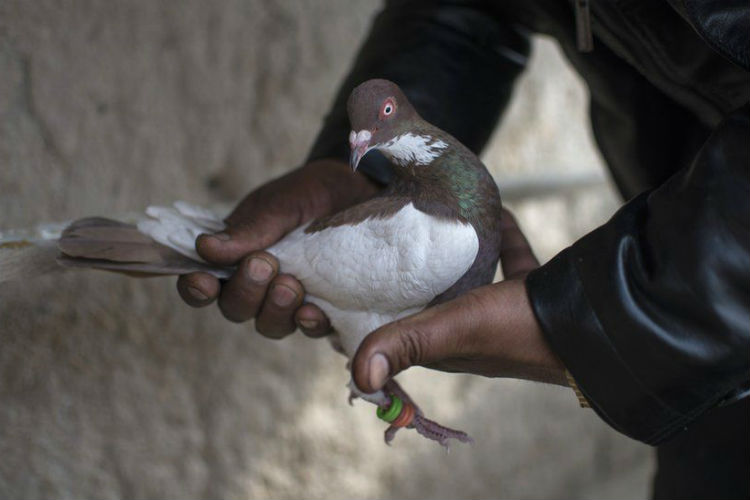 Pigeon: On several instances, pigeons have been used as spies by the Pakistani army. In May 2016, a bird was seized after being spotted carrying a “stamped message” on its body. The message was written partly in Urdu and also contained a Pakistani phone number. It was found around two miles from the border.