When it comes to identifying grave issues and suggesting solutions, our politicians never fail to impress. So while addressing a public event, a BJP leader came up with a novel idea for our junta. Vikram Saini, a BJP MLA from Uttar Pradesh’s Khatauli constituency in Muzaffarnagar district suggested that Hindus should keep ‘producing kids’ until there’s a law against it. By the way, he said this during a population control programme event.

In his speech, the leader said that while Hindus have adopted a two-child policy (in some cases, a one-child policy), other communities are still producing 18 kids. He asked Hindus to continue producing kids till a common law is passed for population control. Saini also went on to narrate his own example and said, “When we had two children, my wife said we did not need a third one, but I said we should have four to five. I told her don’t worry, I may be thin but you are heavy.” In a world as twisted and misogynistic as ours, his speech was obviously received with applause.

Here’s a look at the video:

Saini, an accused in the 2013 Muzzafarnagar riots case, is quite familiar with making communal remarks and this speech hardly seems surprising. His recent statement is just a repetition of what many right-wing Hindutva leaders always have said.

Here is a list of other such statements in the past because ‘the threat of rising Muslim population’ had to be manufactured: 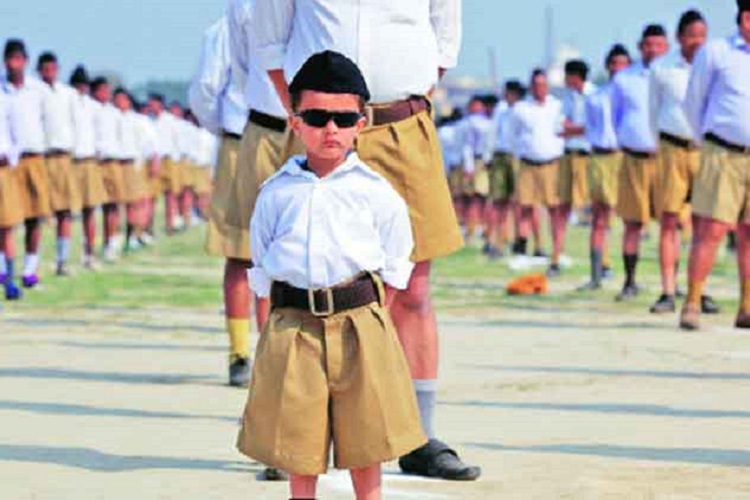 In August 2016, at a convention for newly married couples, Rashtriya Swayamsevak Sangh (RSS) asked people to produce more kids. While quoting the organisation’s chief Mohan Bhagwat, a Sangh functionary requested couples to increase fertility rates for ‘the sake of culture and civilisation’. And to add merit to the argument, RSS also showed a video which talked about some European nations where Muslim population will apparently outnumber the non-Muslims, reports The Hindu. Of course, they couldn’t verify the authenticity of the video. 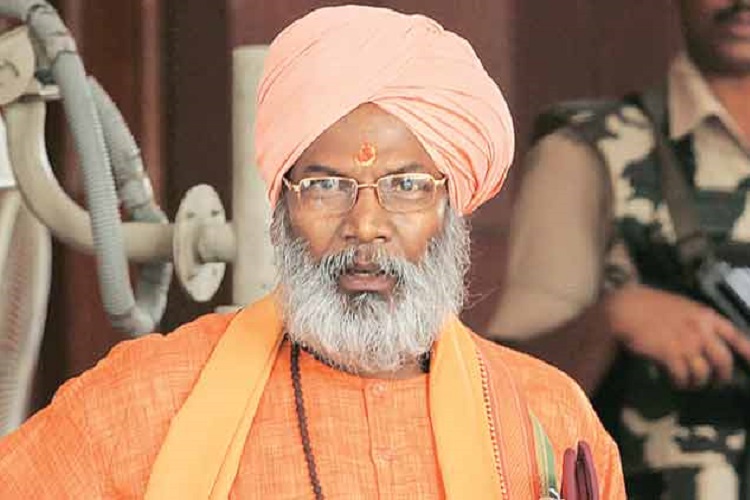 The controversial leader has always been vocal about population explosion. In January last year, Maharaj made an indirect offensive against Muslims and said “Hindus are not responsible for the population explosion (in India). It is those who keep 4 wives and produce 40 children,” he said. He added that if Hindu numbers go down, the country will be divided, reports The Times of India.

Ironically, Maharaj, who has always raised concerns about population explosion, once said that Hindus should have four children to save the religion.

Hindus should have five kids

“If my Hindu mothers and sisters don’t have five children, hardly any Hindus will be left in India,” he said, reports India Today. 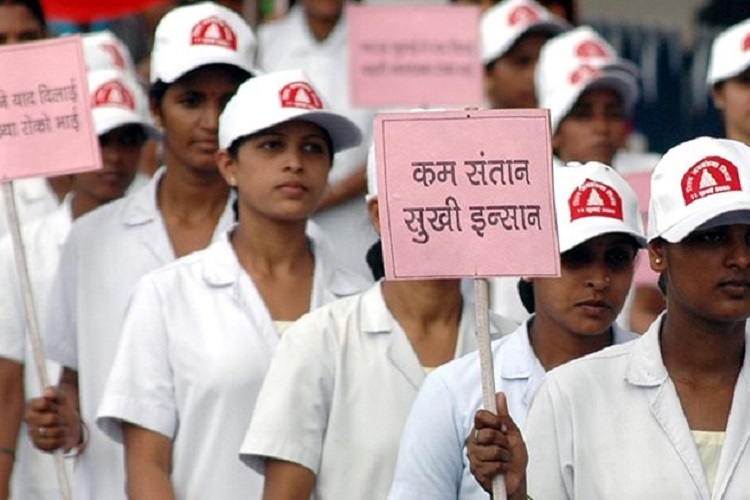 Students of Diffrent College making human chain in Lucknow on the occasion of World Population Day at Front of State Assembly on Saturday..Express/Mayank Saxena *** Local Caption *** The National Rural Health Mission (NRHM) in August 2007 to take steps to curb the birth rate which stood at 17 births per thousand people per year.

This is probably the highest number which a leader has appealed to the people. Shankaracharya of Badrikashram, Shri Vasudevanand Saraswati, at an event in Allahabad said that Hindus should have 10 children.

“It is because of Hindus’ unity that [Narendra] Modi has become Prime Minister. In order to maintain their majority status, every Hindu family should give birth to 10 kids,” he said, reports The Hindu.