Bhogali Bihu marks the end of harvesting season in Assam. Also known as Maghar Bihu or Magh Bihu, it’s among the many harvest festivals celebrated across India. Every January, villagers in Dayang Belguri, Morigaon, host the winter festival of Joon Beel Mela. Situated in the serene valley of Assam, Dayang Belguri is just 90-kms away from Guwahati where the transaction of commodities takes place in a barter system. Hence, there is no exchange of money involved into it.

In local dialects of Assamese, Joon stands for Moon while Beel is a territorial term used to signify a wetland. The barter fair starts early in the morning when the moon is on the verge of setting in the village’s wetland. The titular King of the Tiwa tribal community of Assam, locally known as the Gova raja, inaugurates the fair.

This year, the fair started on Thursday and witnessed a huge footfall of people from various communities. Even the radical blow to the economy in the name of demonetisation couldn’t dampen the spirit of the mela as the villagers offered an interesting exhibition of age-old barter practice among the Assamese tribal communities where anything indigenous from dry fish to country fowl to brown rice to turmeric and herbs were available on a barter basis.

The local population living along the Brahmaputra River exchange their local products with their neighbouring hill communities and thus the bargain takes place. Every year this unique fair witness many visitors from the adjoining states. 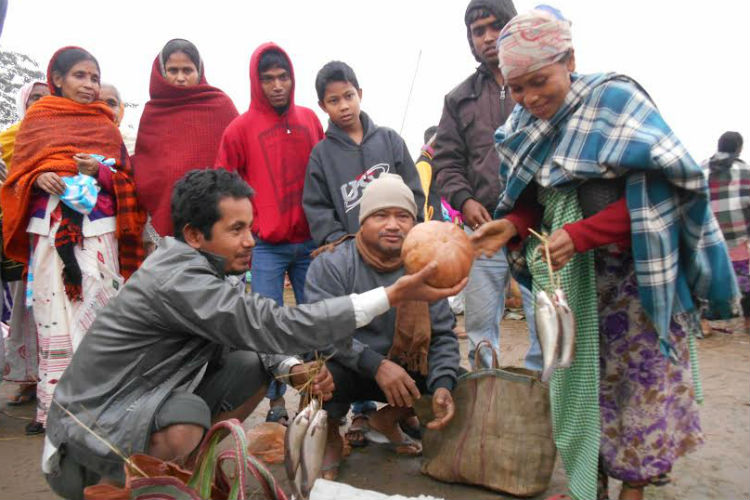 In the fifteenth century AD, this trade was acquainted by the Ahom King to examine and discuss the political issues of their kingdom with the valley and hill communities.

“It has been kept alive since then.This old custom was initially acquainted for improving the political system in the Kingdoms. Today, it serves as one of the imperative occasions in Assam where communities meet up and participate in different activities, including community fishing. They later get ready for the barter,” said a mela committee member. He elaborated, “The motive of the fair is to keep up concordance among the distinctive tribes and groups around the village. Communities from the hills of Karbi Anglong in Assam and Khasia-Jaintia hills of Meghalaya also participate in the fair.” 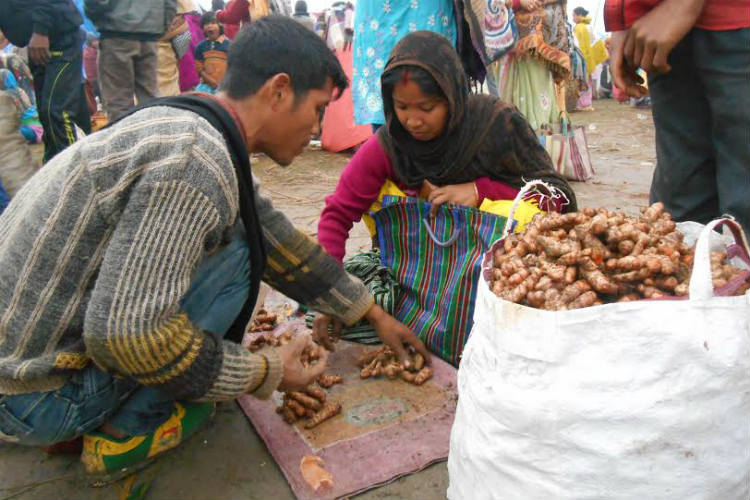