How much plastic waste do we dump every day? Well, the answer lies in the alarming figures revealed by the Central Pollution Control Board: India generates over 26,000 tones of plastic waste every day. So, if you have decided not to contribute to this plastic menace and are a commuter of metro service in Noida, there is some good news for you.

Noida Metro Rail Corporation will soon let passengers dispose of plastic bottles and polythenes into disposable machines placed at the metro stations and avail jute bags in return reported Times Of India.
The passengers will be putting the plastic bottles in the kiosk placed at the station, which will crush it into tablets. these tablets will be used to make roads. More number of bottles or polythenes produced will also get the commuters shopping coupons.
P D Upadhyay, Executive director, NMRC, said, “This is an initiative to ensure that maximum plastic waste is recycled. We hope to set them up within a week to coincide with the Prime Minister’s national ban on single-use plastic.”
Several distribution counters will be set up within a week at all stations of Aqua line. In exchange for 10 plastic bottles or 20 polythene bags, the commuters will get a jute bag, News18.com reported. 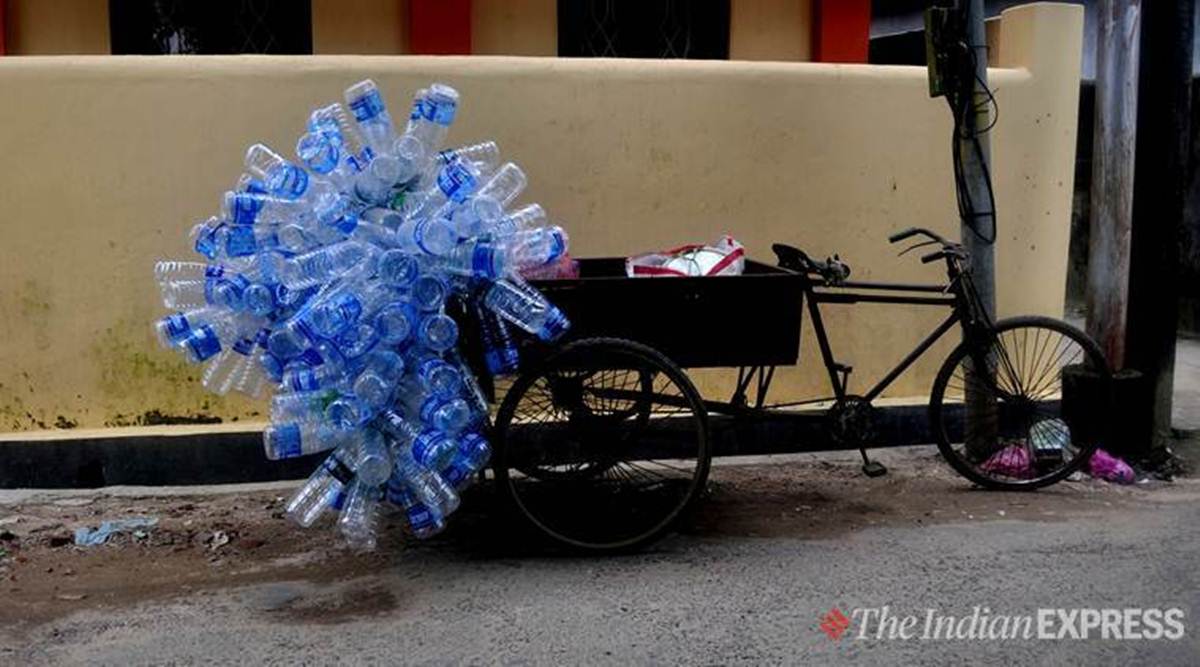 Similar Initiatives
North Delhi Municipal Corporation has introduced three plastic bottle flaking machines on Ajmal Khan Road at Karol Bagh. With the help of an internal motor the machine cuts the plastic bottle into small flakes. These granuels are later send to factories to create products that use synthetic fibres, like T-shirts, caps and doormats, reports Hindustan Times.

Odisha’s Berhampur Municipal Corporation in Bhubhaneshwar is also set to launch a similar initiative on Gandhi Jayanti. Those who deposit three-hundred grams of single-use plastic bottles will get one chocolate worth Rs 5 and a kg of the plastic bottles will get the depositor four chocolates. The bottles have to be submitted at the BeMc office between 9 AM and 11 AM on Oct 2, reports Times Of India 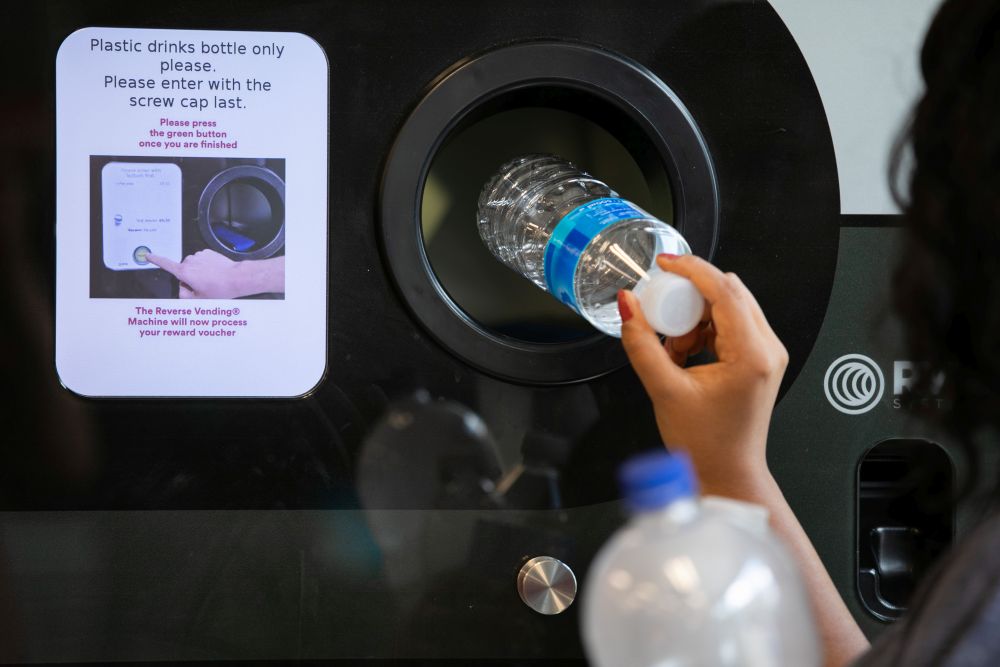 Reverse Vending Machines to curb plastic menace
Reverse Vending Machines – which accepts beverage containers and returns cash or vouchers — are popular across the world. These machines are increasingly being installed in India as well. Nilgiri and Ooty have also installed reverse vending machines which reward the depositers as Paytm cashback coupons.
Such machines are widely used in European countries. In Rome, you can swap 30 plastic bottles in return for a Subway ticket.  A similar initiative was launched in Beijing in 2014. Vending machines are also popular in the UK and Germany supermarkets which issue loyalty coupons in return of the plastic bottles which can be redeemed at checkout.