Amid the ongoing controversy over the instances of disruption of namaz at public places in Gurugram, Haryana chief minister Manohar Lal Khattar on Sunday suggested that prayers should be offered at mosques.

“It is our duty to maintain law and order. There has been an increase in offering namaz in open. Namaz should be read in mosques or eidgahs rather than public spaces,” Khattar told ANI.

While reacting to the recent incidents where Hindu outfits disrupted Friday prayers at many places, Khattar said that offering namaz in public is okay as long as no one objects it.

Since the past two weeks, the issue has been posing a serious law and order threat in the city and has kept the law enforcement agencies on toes. Police have beefed up the security at various places to avoid any untoward incident. 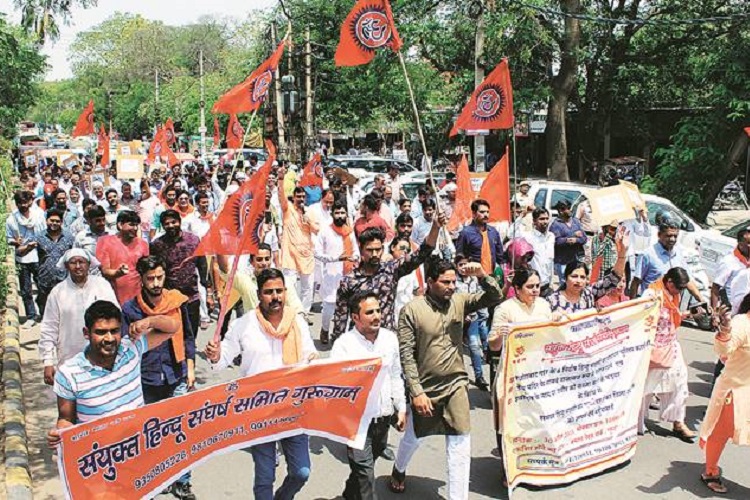 What’s controversy all about?

On April 20, several right-wing Hindu activists disrupted the Friday prayers at an open ground in Sector 53.  According to a report by the Indian Express, around six-eight men allegedly shouted “Jai Sri Ram” and “Radhe Radhe” in a bid to disperse the crowd which had gathered to offer prayers. There were also allegations of them shouting “Bangladesh Wapas Jao”(Go back to Bangladesh) at the crowd.

A week later, Muslim worshippers offered prayers at the same location in the presence of police.

Who are the protesters?

The protesters are the members of the umbrella outfit Hindu Sanyukt Sangarsh Samiti which includes 12 Hindu groups.  Bajrang Dal, Vishwa Hindu Parishad, Shiv Sena, Hindu Jagran Manch and Akhil Bharatiya Hindu Kranti Dal are some of the groups that are a part of this Samiti. They accuse Muslim worshippers of encroachment and claim that they don’t have the requisite permission to offer prayers at roadsides, parks, and vacant government land in the city. 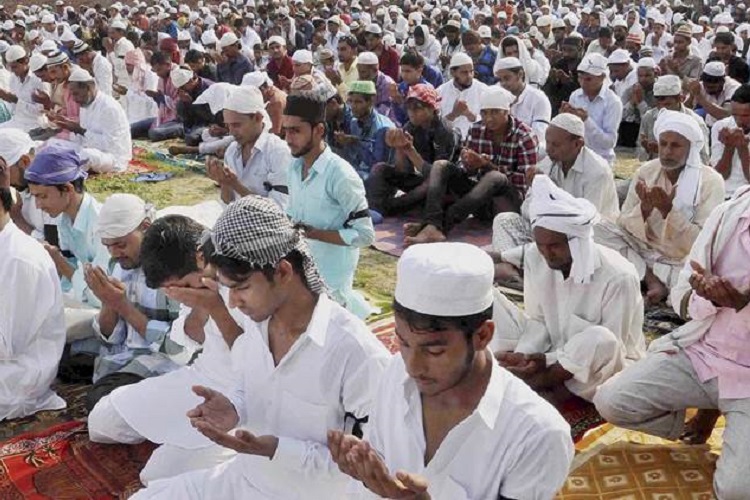 Six of the protesters were arrested for disrupting the prayers but were granted bail a week later. However, on April 30, Hindu outfits carried out protests to seek the withdrawal of the case against those who were arrested.

They also submitted a memorandum to Haryana Deputy Commissioner Vinay Pratap Singh demanding the prohibition of prayers in public without prior permission. They also raised slogans outside the office of the Commissioner of Police and also highlighted the need to ‘identify Rohingyas’ among Muslims, reports The Hindu.

Was the issue put to an end?

No, because on May 4, Hindu outfits disrupted prayers at 10 other locations such as Atul Kataria Chowk, Sikanderpur, Cyber Park Sector 40, Wazirabad, Mehrauli-Gurugram road and IFFCO Chowk.

Meanwhile, residents of Wazirabad and Kanhai villages said that they would organise a ‘havan’  if namaz was allowed at the Sector 53 open ground. In order to diffuse the tension, Haryana Urban Development Authority (HUDA) intervened and erected a board which said that the land belongs to them, reports Tribune.

What do the worshipping Muslims have to say?

On May 3, several leaders from the community met senior police officials and agreed to not offer prayers at the disputed sites of Wazirabad, Sikanderpur and Atul Kataria chowk. However, they say that there only 22 mosques for 7 lakh Muslims in Gurugram because of which they are left with no other option, reports Hindustan Times.

Meanwhile, the authorities have urged the Waqf Board to find alternative sites where Muslims can offer prayers.