India has joined eighteen countries in signing a call for action initiative that aims to curb online hate at a summit in Paris.

Dubbed ‘Christchurch Call to Action’, the New Zealand-led effort calls for curbing the posting and spread of extremist violence and hate speech on the Internet. Social media giants like Twitter, Facebook, Google and Microsoft have also pledged support for the cause.

“For the first time, governments, international organisations, companies and digital agencies have agreed on a series of measures and a long-term collaboration to make the internet safer,” French President Emmanuel Macron said in a statement.

The call came after a gunman killed 51 people at two mosques in New Zealand’s Christchurch in March.The attack was found to have been planned online and was streamed live on Facebook by the right-wing extremist, who was said to be deeply influenced by digital hate culture. 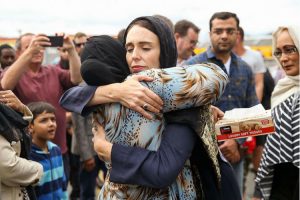 On the eve of the Paris meeting, Facebook announced it had tightened live streaming rules and would ban Facebook live users who shared extremist content and reinforce its internal controls to stop the spread of offensive videos.

India was represented at the Paris meet by Ajay Prakash Sawhney, Secretary to the Government of India. The US abstained from a formal endorsement of the agreement due to concerns about restricting free speech but said it agreed in principle.