India’s victory over Pakistan in the 1971 war was a watershed event in the country’s history. Nursing wounds following the ignominious defeat to the Chinese nine years ago, New Delhi scored a decisive military triumph over Yahya Khan-led Pakistan. Now, there are numerous stories about the heroic deeds of our soldiers who made this win possible. While the Indian army fought its Pakistani counterpart on the ground in West and East Pakistan, it was ably supported by the Indian Air Force (IAF) and the Indian Navy, which inflicted heavy damages to the enemy.

There are countless stories of IAF pilots who showed exemplary courage 46 years ago. Today, we are going to tell you about one such pilot who became the first from the IAF to be awarded the Param Vir Chakra, India’s highest gallantry award. Flying Officer Nirmaljit Singh Sekhon was barely 26 when he sacrificed his life while defending the Srinagar airfield.

Born in Ludhiana’s Isewal village, Sekhon was commissioned into the Indian Air Force as a Pilot Officer in 1967. Wing Commander (retired) CS Grewal shared memories of Sekhon being his roommate at the Air Force Academy.

While talking to The Indian Express, Grewal said:

He would call every body ‘brother’ and was the most affable. After our initial training, we parted ways as he went for advanced training to Kanpur. We are proud that 50 years ago he passed out with us and today we remember his sacrifice for the country.

Also read: The Ghazi Attack: All you need to know about the unsung tale of bravado during 1971 War

During the 1971 War, Sekhon was deployed as a Flying Officer with the No 18 Squadron and flew the G-Bird (Gnat) fighter aircraft. According to reports, he was upset at the thought of the war coming to an end before him getting a chance to down any Pakistani fighter jet. On December 14, 1971, 6 Sabre jets belonging to the Pakistani Air Force’s 26 Squadron took off from Peshawar with an objective of bombing the Srinagar airfield. Taking advantage of the winter fog, the Pakistan Air Force (PAF) jets crossed the border without being noticed. However, the observation posts at a distance of few kilometres from Srinagar noticed them and sounded the alert.

As soon as the first jet attacked the airfield, Sekhon, along with his colleague Flight Lieutenant BS Ghumman (code-named G-Man), took off to confront the enemy planes. Wing Commander GM David narrated the sequence of events to the Indian Express in June this year.

I think that during the battle, Sekhon may have proved everyone wrong because he held the turn with the Sabres even with his underwing external tanks laden with fuel. He shot the first Sabre with his wing tanks on. He jettisoned his external wing tanks, and using the superior power of the Gnat to close in to shoot at the second Sabre.

David added further that Sekhon was aware that one of the Sabres had been following him, aiming for a shot. Unfazed by the danger, he continued to tail another PAF jet before being shot. His Gnat fell into a gorge near the road that led from Srinagar to the base. 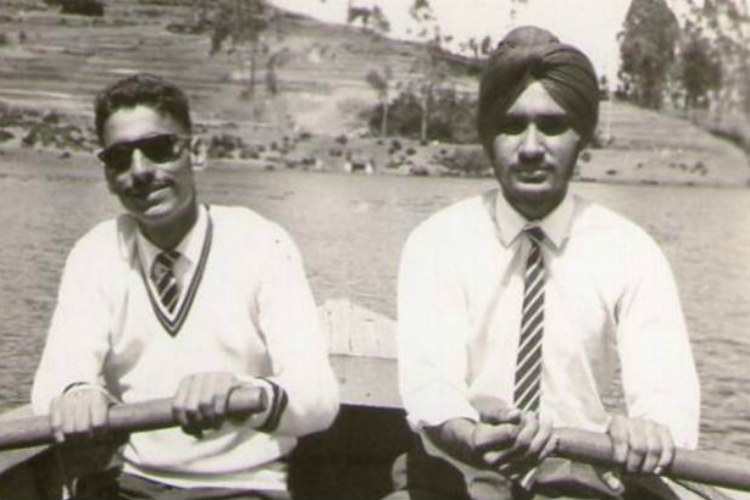 Sekhon was posthumously awarded the Param Vir Chakra for his exemplary courage during the aerial fight in the war. Salute to the hero!