Breaking away from tradition, Narendra Modi on Tuesday became the first Prime Minister to attend a Ramlila event outside Delhi and attended the historic celebrations in Lucknow. Making terrorism the centrepoint of his over 20-minute speech, he said terror was the worst enemy of humanity and attacked Pakistan for providing shelter to terrorists. Here are the key statements made by the Prime Minister during his Dussehra address and how it makes sense:

Terrorism: “Terrorism has no boundaries, it has no limits. No one is safe against the evil that terrorism is inflicting on world. It has thus become mandatory for all world powers to unite against terrorism. Those who give shelter to terrorism, and those who help terrorists cannot be spared.”

Describing terrorism as the enemy of humanity, Modi launched a veiled attack on Pakistan for not acting against terror breeding on its soil. Even the surgical strike has not done enough to deter terrorists from carrying attacks on India. After the strike, terrorists attacked adjoining BSF and army camps in Baramulla killing one BSF soldier and wounding another. Two days later, on 6 October, terrorists opened fire at an army camp in Langate in Kupwara. Later on 8 October, a policeman was killed by terrorists in Shopian. 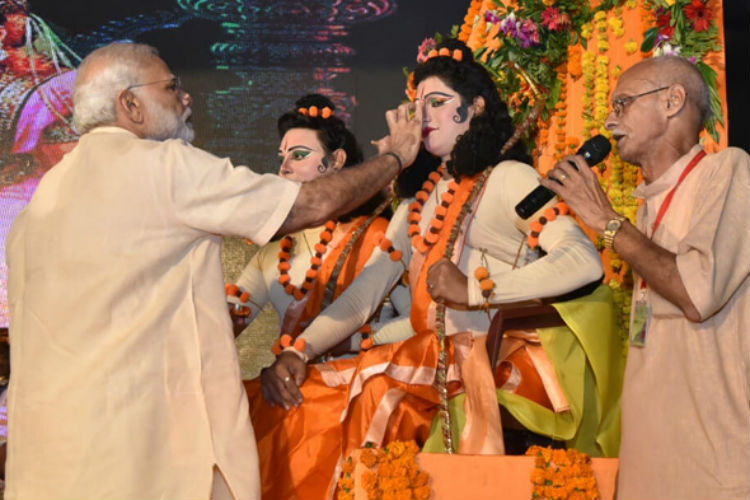 Girl Child Day: “I want us to ask ourselves, I want to ask the people, that we are follow the pledge to burn the effigy of Ravana for the atrocities that he committed on Sita. But have we ever thought how we differentiate between the male and female child in the country and how many Sitas do we kill in a mother’s womb.

Discrimination against girls in India has been an age-old phenomena in India. Even today in the 21st century when people talk about giving equal opportunities to all, several sections of the society treat girls as a burden. As per the figures of 2011 census, there are just 918 girls in India for 1000 boys, with cases of female infanticide still largely prevalent in India. 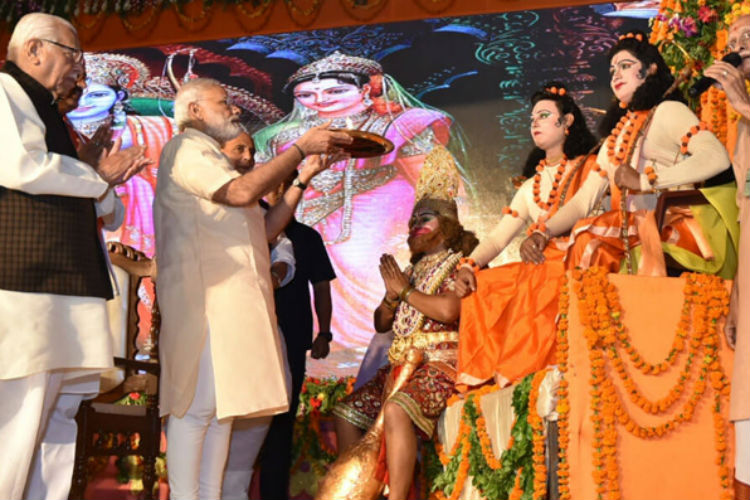 Corruption: “We need to destroy the evils in our society, and we should take the inspiration from Vijaydashmi. Misconduct, corruption, are nothing less that Ravanas who are destroying our society. We need to take a pledge to fight against the same.”

Corruption in India is a major issue that adversely affects its economy. It ranges from embezzlement of public money to abuse of power. It is prevalent at all levels in the country but the administration has been majorly plagued by corruption. However, several steps are being taken to fight corruption like the the Right to Information Act (2005). The Act has signed the beginning of a new era in which the right to freedom of information has become a tool to fight corruption and to make governments more accountable. 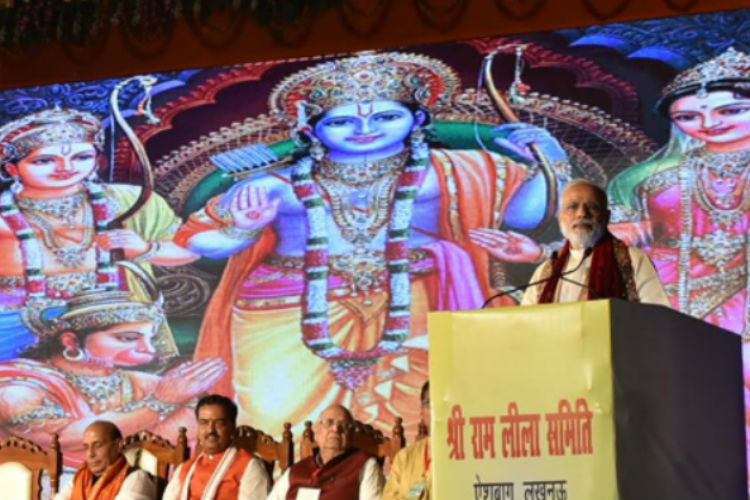 Modi addressing the gathering at the Ramlila event in Lucknow

Sanitation: Lack of basic sanitation is also a form of Ravana. This dirt takes the lives of our poor children, it causes disease which destroys the poor. If we get rid of dirt, we can get rid of the Ravana. We can save hundreds of people who die an untimely death.

India fares worse on sanitation than a host of poorer places including Afghanistan, Burundi and Congo. Nearly 130 million households lack toilets in India and over 72% of rural people relieve themselves behind bushes, in fields or by roadsides. Of the 1 billion people in the world who have no toilet, India accounts for nearly 600m. Open defecation is disastrous when practised by groups in close contact with each other.