A district jail in Indore is giving a second chance to prisoners by allowing their families to live with them and even letting the inmates step outside for work during the day.

The open prison – named Devi Ahilyabai Open Colony – near the district jail allots a two-room home to each prisoner and allows them to live with their family.

The programme was launched on September 3 with the aim to bring in constructive changes in the lives of the inmates.

So far, 10 married prisoners have been selected and given independent apartments due to their good conduct.

Bhupendra Singh, one of the prisoners serving a life sentence for murder, has started afresh with his family in an apartment, where he’s been staying since Sunday. The 45-year-old has spent more than 12 years of his life in various prisons of the state.

“I still have to spend some more time in prison. But since I have come to this open jail, I feel I have been released. I regret what I did and now I want to live a normal life,” Singh told PTI. 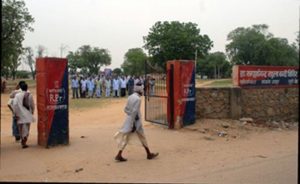 “As I am allowed to visit outside for work, I am planning to open a kiosk in the city where I want to sell tea and snacks,” he said.

Singh’s wife Seema, 35, lives with him in the open prison. The couple has two children, who study outside Indore.

From the next academic session, the couple is planning to get their kids admitted to a local school so that they could live together in the open prison.

“I have stayed away from my husband for years and raised my sons. We are happy we would be able to live together now,” Seema said.

Interestingly, Indore Jail is one of the four open jails recently started by Madhya Pradesh government as a part of the rehabilitation programme for life convicts.

District and Sessions Judge Rajeev Kumar Shrivastava has lauded the initiative and said it will help in the social integration of the prisoners.

“Sometimes, people commit serious crimes out of short-lived anger. When these people remain in prison for a long duration, they become inclined to revolt against the social system, develop negative feelings. To shield them from these negative feelings and ensure their social integration, this experiment of open jails is the best option,” he told PTI.