In the pursuit of clean energy solutions, centre has proposed to install at least one electric vehicle charging station every 3km in major cities, where the population exceeds 1 million and every 50 kms on national highways.

According to a report in The Economic Times, Centre may offer fiscal incentives and facilitate land from municipal authorities for those interested in setting up the infrastructure, a key requirement for the proliferation of electric vehicles.

Notedly, the lack of charging points is a stumbling block in the growth of electric vehicles. Government will put up 30,000 slowcharging and 15,000 fast-charging stations in a phase-wise manner in the next 3-5 years, the report stated citing a senior official.

“There should be at least two high-charge points and one fast-charging point at every three kilometres in cities. Similarly, there should be electric vehicle charging station every 50 km on highways.” he told the daily. 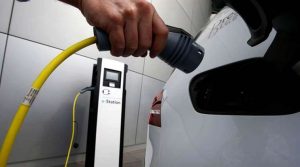 Land for setting up the infrastructure will be provided to the companies willing to invest in the project in consulation with local authorities and electricity distribution utilities. The government will most likely offer subsidies to the undertakings setting up the stations.

Public sector undertakings in the energy sector such as NTPC, Power Grid Corp and Indian Oil Corp are expected to initiate the process.

While NTPC is already involved in a similar project in Maharashtra, Power Grid Corp has entered into a contract with L&T Metro Rail (Hyderabad) Ltd for developing charging infrastructure at metro stations for e-cars and e-three wheelers in Hyderabad. Private players like Tata Motors, Mahindra & Mahindra, Ola and Uber have also expressed their interest in setting up the charging stations.

Earlier in February, the Maharashtra government gave its nod to the state’s Electric Vehicle Policy 2018 that aims to encourage manufacturing and use of green vehicles. Under the policy, the industries department has offered a slew of benefits for manufacturing, creation of infrastructure and consumers, The Times of India reported