In a shocking incident of moral policing, a couple in Assam was brutally thrashed by locals for hanging out with each other publicly.

Assam Police has arrested at least 12 people who allegedly assaulted a 22-year-old woman when she was with her male friend in Goalpara district, a PTI report said. The crowd also thrashed girl’s male friend.

The incident came to light after a video clip of the brutal assault went viral. In the video, young men can be seen slapping and punching the girl from all sides. One of the youth also pulls her hair and knocks her down. The later part of the video shows some men kicking and slapping the boy. 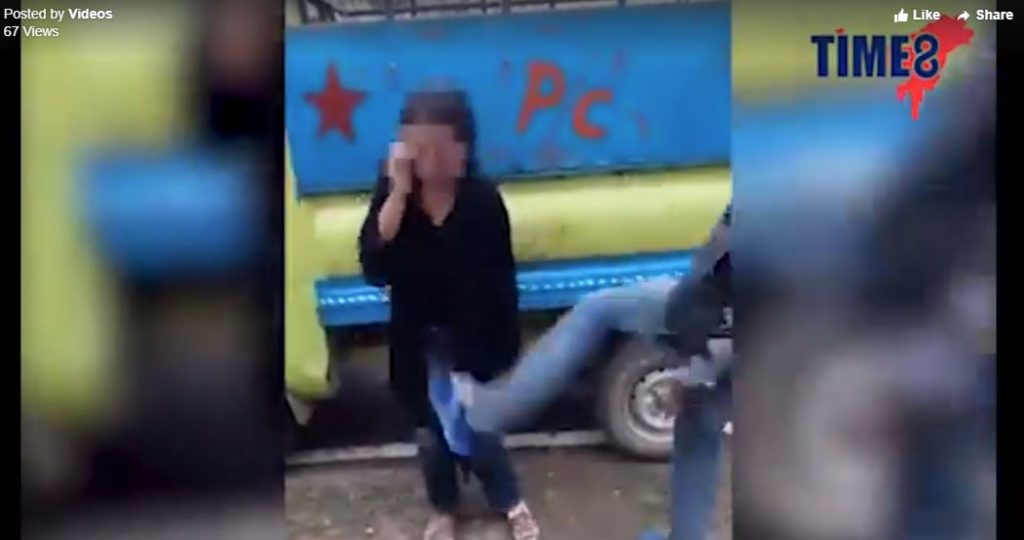 “This is a case of moral policing. What we have come to know is that the woman’s marriage has been fixed. She was going somewhere with her male friend yesterday (Sunday), when some youths attacked them. The youths mainly targeted the woman,” Goalpara SP Amitava Sinha told PTI

NDTV reported that the locals and the girl belonged to the same Garo community and the male friend was a Muslim.

But moral policing is not rare in Assam and some other northeastern states.

Only last year, a mentally challenged man was thrashed and stripped by locals for alleged eve-teasing in Guwahati’s Lal Ganesh area. The accused remained critical for many days due to the brutal assault.

Moral policing is also normalized by certain sections of media. The case in point is when an Assamese news channel in 2015 ran a report criticism girls for wearing short clothes. The report also equated girls with monkeys for wearing skimpy clothes. This had triggered a wave of protests from several youth groups.

In fact Assam’s Nagaon district is considered worst when it comes to crimes against women. In 2016, a young woman with her male friend was molested by a group of four men after they objected to the couple’s presence in the area. The assaulters had reportedly criticized the couple for hanging out together.