The partition of India is one of the 10 greatest tragedies in human history. Thousands of lives were lost in the process of migrating from India to Pakistan and vice-versa. It is believed that the British policy of Divide and Rule in colonial India culminated in the form of Partition of India.

While many assumed that Muslim leaders of that time wanted another nation and didn’t want to stay in India, very few know that there were many leaders from the minority community, who completely opposed the idea of partition.

In the mid 1940s, as the Muslim League began to realise its vision of a separate nation state for the subcontinent’s Muslim population under Muhammad Ali Jinnah, it met with resistance from Muslims, including the Jamiat Ulama-i-Hind (JUH), a political organisation that was founded in 1919 and Jamia Millia Islamia.

Also read: How Durgabai Deshmukh caught Mahatma Gandhi’s attention at age 12 by fighting for the devadasis

Here’s a list of people who opposed the two-nation theory:

Belonging to the North West Frontier Province (NWFP), Khan was educated at Aligarh Muslim University and the London School of Economics. He became a barrister and was one of the eminent lawyers of NWFP. Dr Shamsul Islam in his book – ‘Muslims Against Partition’, says that he had declared that his province would resist Partition of the country with its blood.

He began his political career in 1934 and joined the Indian National Congress. In 1937, he got elected to the Central Legislative Assembly and became the deputy leader of the INC in the assembly.

He was an Indian scholar and a senior Muslim leader of the INC before independence. He strongly opposed Jinnah’s demand of another nation. After independence, he became the first Minister of Education of the country.

“I am proud of being an Indian. I am part of the indivisible unity that is Indian nationality. I am indispensable to this noble edifice and without me this splendid structure is incomplete. I am an essential element, which has gone to build India. I can never surrender this claim,” Azad had said.

His contribution to establishing the education foundation in India is recognised by celebrating his birthday as “National Education Day” across India.

Sir Ghulam Hussain Hidayatullah hailed from Sindh. He held several offices in Sindh including first chief minister in 1937–1938 and being re-elected as fifth CM from 1942–1947. He too had rejected the idea of Partition.

Hidayatullah received the title of Khan Bahadur from the British government, which also knighted him in the 1926 New Year Honours and further appointed him a Knight Commander of the Most Exalted Order of the Star of India (KCSI) in the 1933 Birthday Honours. 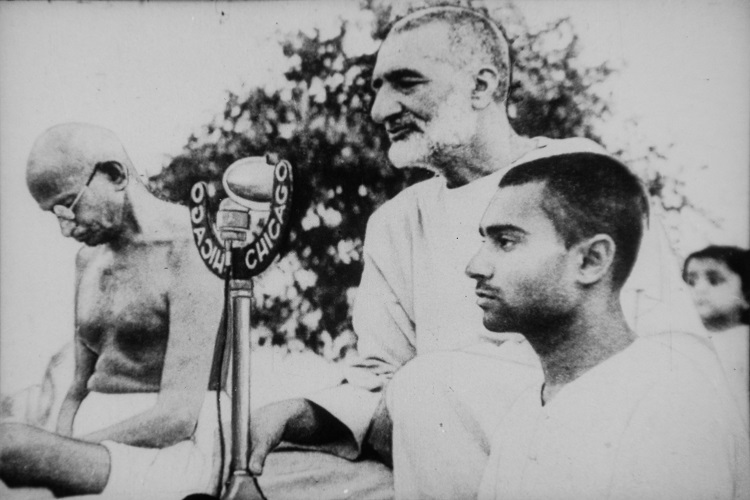 Nicknamed as Bacha Khan, he was a Pashtun independence activist against the rule of the British Raj. Over the years, he became a close friend of Mahatma Gandhi and it was then that Bacha Khan got nicknamed as “Frontier Gandhi”.

He strongly opposed the All-India Muslim League’s demand for the partition of India. “You have thrown us to the wolves,” Khan had said after the INC declared its acceptance of the partition plan. 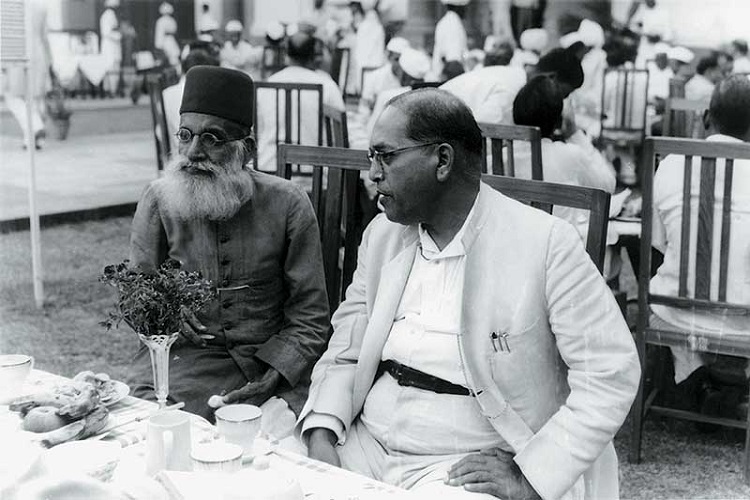 Born as Syed Fazl-ul-Hasan, Hasrat Mohani was an Indian activist in the Indian Independence Movement, and a noted poet of the Urdu language. ‘Inquilab Zindabad’ was coined by the Maulana Hasarat Mohani in 1921.

Speaking to InUth, historian S Irfan Habib, said that Mohani too was against the idea of two nations and participated in the struggle for Indian Independence (end of British Raj).

He was the first person in Indian History who demanded ‘Complete Independence’ (Azadi-e-Kaamil) in 1921 as he presided over an annual session of All India Muslim League.

He was the third president of independent India. He was a stern follower of Mahatma Gandhi’s non-violence policies and was against the idea of partition. Hussain believed that education was essential to make the Indian youth capable of fighting against the British and thus focused on empowering the education system.

He served as the Vice Chancellor of Jamia Millia Islamia for 22 years (1926-48) and made it one of the finest educational institute of India. Later, he also served as the VC of Aligarh Muslim University, as it was facing huge crisis after partition.

In 1892, at the age of thirteen, he went to the Darul Uloom Deoband. After completing the esoteric sciences, he became a disciple of Rasheed Ahmad Gangohi, who later authorised him to initiate others in the Sufi path. He migrated to Medina with his family after completing his course in Deoband. Teaching became his profession and he taught Arabic grammar there for many years.

After returning to India, he got actively involved in India’s freedom struggle. He had considerable influence over a section of the Muslims, more prominently those belonging to Eastern Uttar Pradesh and Bihar.

He was one of the founder members of Jamia Millia Islamia, New Delhi. Madani, too was against the inception of Pakistan and was of the view that nations are not formed on basis of ethnicity and religion, but on geographic bases. He had even debated with Allama Iqbal, a known pan-Islamist and a leading pro-Pakistan figure of the time.

At a time when many Muslim leaders wanted another country, Quadri bravely opposed the two-nation theory. Even after independence. He died on 30 December 2015, at the age of 114, 8 years after getting awarded with a Padma Bhushan.

Born in Kerala’s Thrissur district in 1898, Mohammad Abdur Rahiman was known for his heroics in restoring peace in the riot affected areas of 1921. He was jailed for two years for the same. He was a follower of Mahatma Gandhi and mobilised the Muslim masses against the two-nation theory of Muslim League.