“Most people confuse stunt riding with rash riding, but that is not what it is”, says Tana Luciya Joji, one of the few female bike stunt riders of India.

This 21-year-old for Kerala’s Kottayam, loved cars and bikes ever since her childhood.“I used to get excited whenever I’d see a cool car or bike pass by.  Racing videos on social media got me interested”, says Tana, who drew inspiration from female bike stunt riders like Anna Hashim and Sarah Lezito.

However, it was only two years back that her dream to ride a bike materialised. Seeing her interest, her friends taught to bike riding and also introduced her to Gautham, a professional stunt rider. What followed were days of intense training. Studying in Rajagiri Engineering College in Kakkanad, Tana utilised her semester break practising from morning to noon.”The most difficult part in the beginning when I started, was that I was weak. Learning every skill took a lot of patience. For example, to do the stoppies, it took me weeks just to accomplish a small lift of the wheel. It takes a lot of patience and effort”, she says 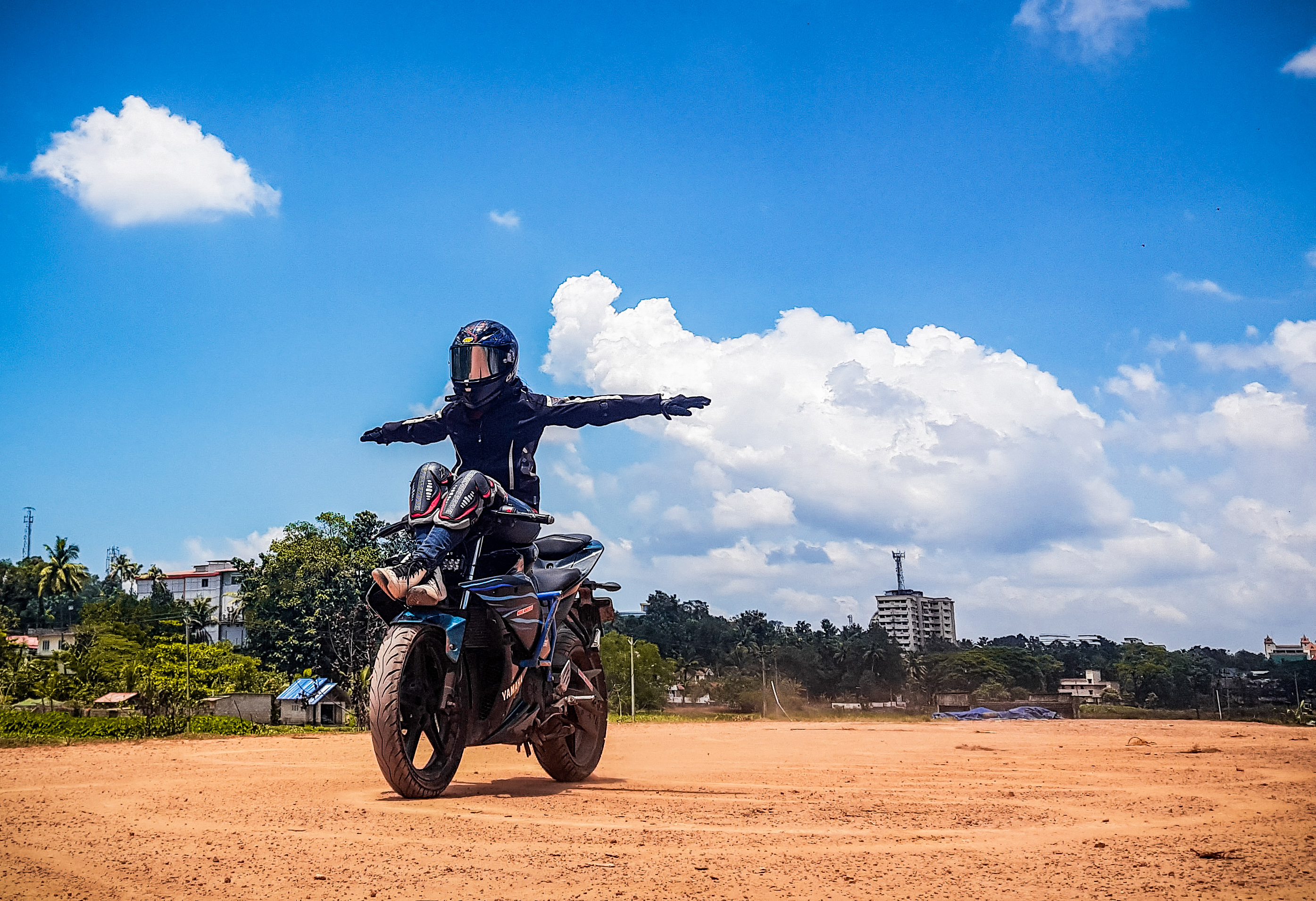 However, it didn’t tire her, rather made her happy. A part of ‘Street Lordz’ team now along with Gautham and Bipin Biju, Tana says though it’s a male-dominated field her parents and friend have been her staunch support.She says once her mother even defended her in front of a relative who was asking how she let her do this.

Tana wants to pursue stunt riding as a profession but the lack of opportunities plays a spoilsport. “Stunt riding has its ethics and is done in a controlled environment where nobody gets hurt. But in India, the opportunities are very less and it’s barely considered a sport, but will definitely like to take it as profession if I get an opportunity”

Stressing on the importance of safety, she says that crashes are inevitable but it is important to wear a good jacket and helmet and other safety gears, not only while racing but while riding a bike. 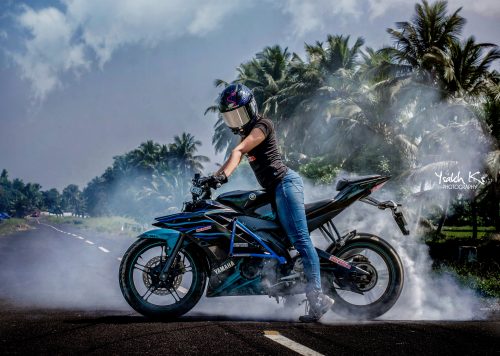 Tana hopes that her story will inspire those girls who have a passion for bike stunting, but are hesitant to pursue thinking that it’s a field “not meant for them”.

And to all of them, she says: “There will be people out there to support you, you just need to find them. So, just go out do what you love, nothing is easy but go on you will get there, never give up everything starts with a small step”