The society and the guardians of public morality have been deciding what a woman should be wearing since forever. In the past few days, a number of actresses were slut-shamed on social media for what they chose to wear. Deepika Padukone, Priyanka Chopra and Dangal girl Fatima Sana Sheikh found themselves at the receiving end of the barrage of criticism for their choice of clothes. However, the ladies gave it back to the moral police in their own way.

During a news panel discussion on how the actresses were slammed for their clothes, a cleric Yasoob Abbas who was also on the panel asked the anchor leading the discussion to come to work wearing underwear to prove equality between men and women. 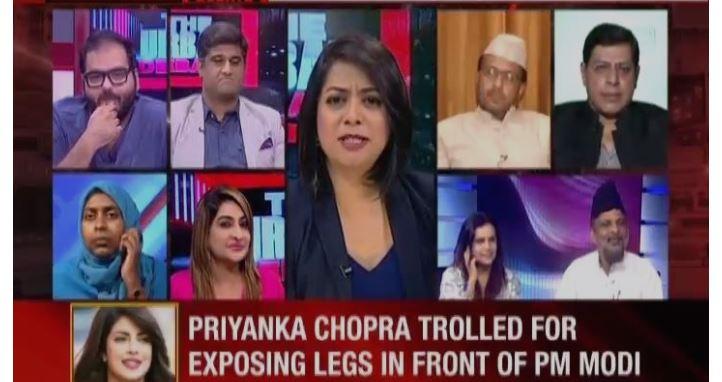 “Underwear pehan karke, aap debate mein aiye. There will be equality between men and women,” he told the anchor.

Nope, the anchor with the Mirror Now did not lose her cool or ask him to leave. Faye D’Souza, shut up the cleric by telling what every woman out there slammed for her choice of clothes would want to say. Here’s how she responded.

“Let me tell you, Maulana ji. Aaap ke jaise maine bahut dekhe hain. I am not afraid of you. I am not threatened by you. And most of all, I am not rattled by you. All you men if think you rattle all women who are doing their job, they run back to their kitchen and cover themselves and leave the world for you to go conquer again. I have news for you maulana ji, we are not going anywhere,” she said.