Moviegoers in Maharashtra can carry personal food to multiplexes from next month. And very likely, they will not get overpriced food at the theatres as well.

The state government has said that moviegoers cannot be stopped from carrying outside food into multiplexes, and added that it will impose a ban on dual MRP for packaged food and drinks from next month, The Times of India reported.

Maharashtra Food and Civil Supplies Minister Ravindra Chavan on Friday assured the state legislature that “there is no ban on patrons carrying outside food to multiplexes but if the multiplex authorities prohibit it, they could face action”.

The ban on dual pricing-the practice of charging different MRPs for the same product in different places will be implemented from August 1, he added. 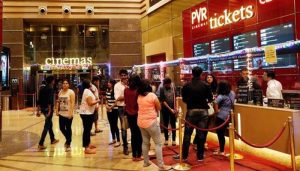 The decision comes days after Bombay High Court rebuked the government for failing to curb exorbitant prices at multiplexes.

Hearing a petition filed last year by a social activist Jainendra Baxi, the court observed that in many instances, the food was priced even higher than the entry ticket rates, and ordered the state government to file its affidavit in the matter within four weeks.

Speaking to ANI petioner’s lawyer Aditya Pratap said, “..People are within their right to eat in multiplexes. The Article 21 of our constitution clearly states Right To Life, whose main constituent is food, without food how would you survive. And this right is violated every single day in the multiplexes where the bags of people are forcibly opened and eatables are left out. Then they are given Rs 5 popcorn at an exorbitant price of Rs 250.”

However, Cinema Owners and Exhibitors Association of India (COEA) President Nitin Datar said that they have not received any orders from the government.

“We will naturally comply if the government makes it mandatory. So far it is an announcement in the legislature and the entire issue is not clear till the formal orders are issued,” Mr Datar told IANS.