A week ago, India was made aware of the brutal rape of an eight-year-old girl in the town of Mandsaur in Madhya Pradesh. The child, a student of class 2, was waiting for her parents to pick her up after school, when she was lured away by the accused, Irfan Khan, a 20-year-old labourer at a local market, by promising her sweets. The kidnapper then called his friend Asif, 24, and together, they took the child to a secluded area near an old fort’s ruins and raped her. When they were done, they slit the little girl’s throat and left her for dead about 700 metres away from the school. When the girl’s severely brutalized body was discovered, she was rushed to the hospital. The child bore serious injuries on her neck, face and private parts. Doctors attending to her even found that a rod-like object had been inserted in her vagina so savagely that it had drawn our her intestines. It took two surgeries of over three hours to undo the damage, even as the child battled for life.

The violent nature of the rape, and the wounds sustained by the victim served as a sharp and bitter reminder for the country of the infamous 2012 Delhi gang rape case, where the 23-year-old victim succumbed to the injuries and torture inflicted upon her by six men in a moving bus on the fatal December night in Delhi. Once again, the country is in the throes of anger and outrage, with the question of women and children’s safety burning on everyone’s minds, leading to hundreds of people spilling onto the streets in different parts of the country in protest. 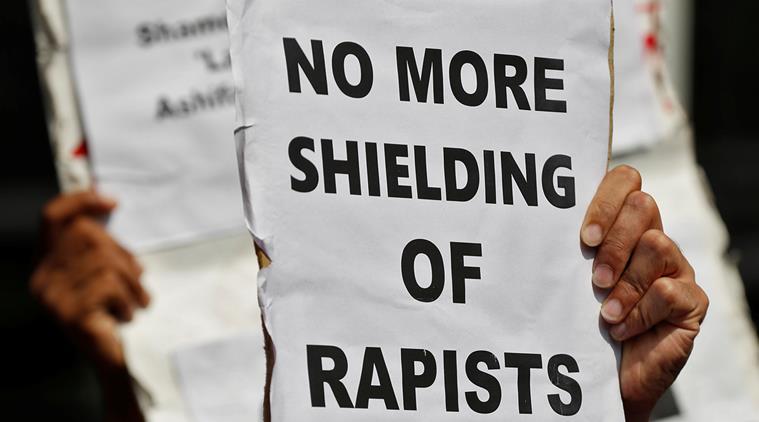 People hold placards at a protest against the rape of an eight-year-old girl, in Kathua, near Jammu and a teenager in Unnao, Uttar Pradesh state, in New Delhi, India April 12, 2018 | Source: REUTERS/File Photo

A week after the horrific incident, the child’s condition has stabilised enough for doctors to be hopeful of moving her out of the ICU and into the general ward; but beyond the sterile hospital walls, unbeknownst to her, the little girl is at the centre of a raging national debate. Reading the details of the case and the way the two men abused the child’s young body are enough to turn one’s stomach, make the head and heart hurt, and give one nightmares. How do you not want to curl up in a foetal position and weep when you hear of a child innocent enough to be seduced by sweets being raped and having sharp object inserted in her body for the sexual gratification of two sick-in-the-head men?

And yet, many among us decided that much isn’t nearly enough; that our sense of moral outrage needed to be stoked further with the help of graphic pictures. And so, in another display of eyeball-grabbing haste, many social media warriors decided to share the photos of the eight-year-old victim, ostensibly, and weirdly, to protest the lack of media coverage, candle marches, on-ground protests and online campaigns decrying the incident.

One of the most widely shared and shocking photos doing the rounds shows the child hooked up to machines, tubes coming out of several parts of her body, her pelvic area exposed, a diaper covering her vulva. It is an image meant to anger and haunt anyone who sees it.

But I want to ask all these enthusiastic self-appointed champions of women children’s rights, exactly who gave them permission to violate the child and her family’s privacy in such a shameless, invasive and unfeeling manner? What purpose does it serve, other than to shock and disturb the people seeing it? Did they pause to consider, even for a moment, the triggering effect it might have on all the people who have endured the horrors of sexual assault and abuse, when they are suddenly faced with photos like these on social media, without warning? 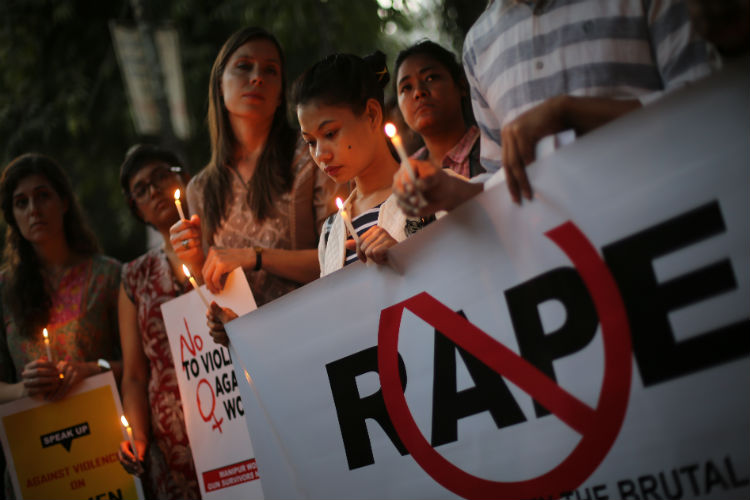 Women holding placards during a protest against sexual crimes in India | Source: The Indian Express/File Photo

I was eight too, when my innocence and childhood were prematurely ripped away from me by my rapist. Over 20 years later, I’m still coming to terms with what happened to me as a child. On some days, the memories are so acutely painful, my brain shutters down to protect me from my past — I literally cannot remember any detail. My therapist tells me that repression is my brain’s go-to survival tactic; that I’ve spent so much time subconsciously soaked in shame and confusion, that anything that triggers the memory of the more graphic details of my experience makes me go into a psychogenic fugue state. I’m still struggling to learn how to live with my story, and to remember all the pieces of my life, something that these social media warriors are blessed never to have to even think about. Their self-righteous need to fan the flames of collective moral outrage comes at the cost of serious damage to me, and others like me. I would like to think that in a decent, compassionate society, that would be simply too high a price to pay.

It is ironic, and grim, that this case came to light in the very week that saw the incumbent government channelling all its substantial might, in addition to deploying its massive army or online trolls, to discredit the hotly debated Thomson Reuters Foundation survey that earned India the top spot in the list of most unsafe countries in the world for women. 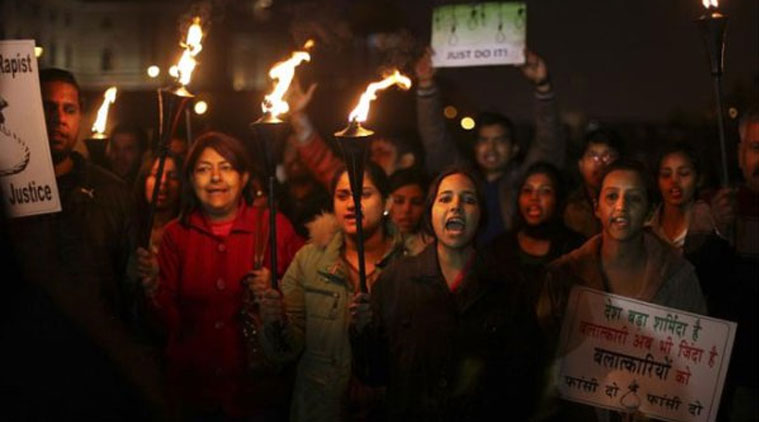 We’ve seen, heard, and experienced enough to know that we live in difficult, scary, and confusing times. Cases like these end up as little more than political bargaining chips to score brownie points or hurt opponents with. While Madhya Pradesh’s BJP government is giddy with pride over having nabbed the two accused within days of the incident, giving the victim’s father compensation to the tune of Rs 5 lakh, and assuring the people that if found guilty, the duo will safe the strictest punishment under the law — which could be the death penalty, as per MP’s recently passed bill that proposes the death penalty for those found guilty of raping girls below 12 years of age; Congress ministers are furiously belting out statements and demanding the CM’s resignations. Soon enough, it will be back to business as usual, no matter how many triggering photos are shared on social media.

With the powers that be wrapped up in their own political agendas, the best we can do, and hope for, is to have each other’s back. To try and not make the simple act of survival harder than it already is for each other. When we let down the most vulnerable among us for the sake of social schadenfreude masked as virtuous anger, we’re playing a different, but equally dirty, kind of politics, not paving the way for a more humane society.