Last year, Junaid Khan, a 16-year-old boy was stabbed to death in a moving train in Haryana’s Ballabgarh in an incident of communal hatred. The attackers who had assaulted him and his two brothers reportedly threw off their skull caps and called them ‘beef eaters’. The incident left Ashfaque EJ, a Delhi-based freelance journalist, disturbed and he decided to document the spate of incidents of mob violence in the country. After discussing the idea with Furqan Faridi, Vishu Sejwal and Shaheen Ahmed, his fellow journalists, Ashfaque decided to make a documentary on lynchings across the country. After extensive research and reporting which stretched to 8-10 months, the four of them managed to document the cases of killings in a 45-minute film Lynch Nation.

The film which is a collection of ‘heart-wrenching stories of mob lynching that have torn apart families and the entire nation’. Its trailer was released online on Monday. From Ballabgarh in Haryana, Alwar and Ramgarh in Rajasthan to Una in Gujarat, they travelled to all the places which were ripped apart by brutal incidents of cow vigilantism. They met the family members of the victim who narrated what they’ve been through since tragedy struck. 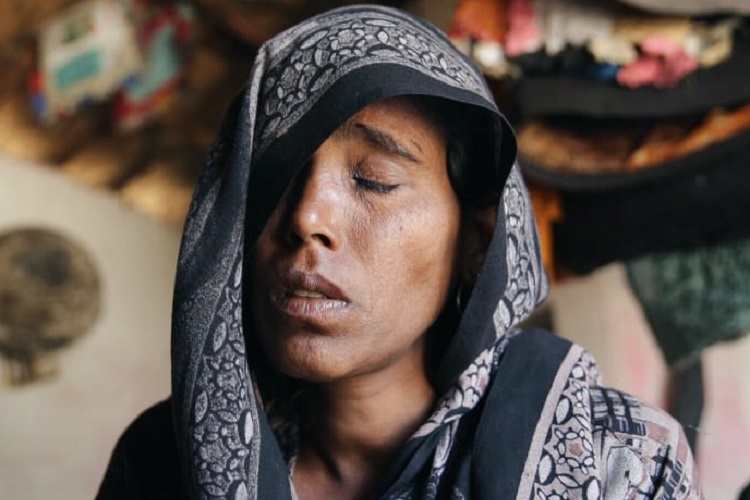 With a crew of 10-15, this short film was entirely crowdfunded. “We wanted complete independence that is why we never took the assistance of any organisation,” Ashfaque told InUth.

But unlike other independent filmmakers who often have to face roadblocks due to financial crunch, this group says it was comparatively much easier for them. “It would have been difficult but a lot of people — local journalists, grass roots organisations, and activists helped us. A lot of people were willing to help when they knew about our intentions,” said Furqan Faridi,  co-director.

The makers say that their film is only about stories of the victims and their families from their own accounts. “We didn’t try to give an opinion as it was all about their narrative. It would have been unfair if people sitting in Delhi narrate the stories of those from the hinterlands. We just listened to what they had to say,” said Shaheen Ahmed, director of photography.

“They might be unaware of the agenda of communal hatred. They didn’t have much knowledge about the country’s history of violence. But whatever they said was of national importance and paints a gory picture of the happenings in the country,” he added.

In 2018, 35 people have been targeted in the name of cow protection and eight people have lost their lives, according to Indiaspend.  The shocking statistics justify why the makers wanted to focus on cow-related violence. Mob violence is not a recent phenomenon. It is everywhere but the tools may differ from place to place. But violence in the name of cow protection is something that has cropped up in the recent years.

The team plans to showcase their film next month. However, it will be only showcased for screening at public places like colleges, universities and community halls. “Apart from the public screening, we also plan to send it to film festivals. But as of now, we haven’t decided to release it online,” Ashfaque said.