A 38-year-old man who worked for tech giant Apple died after he was allegedly shot by an on-duty constable in the intervening night of Friday and Saturday in Lucknow.

The incident happened at around 1.30 am in city’s upscale Gomti Nagar area, where Vivek Tewari was driving his SUV with his ex-colleague Sana Khan when two policemen on patrol flagged his car, asking them to stop. Tiwari first hit a police patrol bike, then rammed a wall while allegedly trying to flee.

Constable Prashant Kumar , who allegedly shot Tiwari, has claimed that he pulled the trigger in self-defence. The victim was injured on the neck as the constable fired at the car’s windshield. 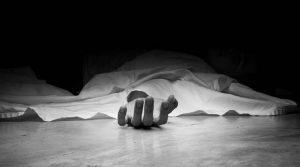 “We saw a suspicious car. The lights were off. When we reached the car, whoever was inside it started the car immediately. We parked our bike in front of the car. He hit our bike. I waved at him to stop but he reversed the car and hit us again. We asked him to come out. But he reversed for the third time and hit our bike with full force. I fell and then got up. I drew my pistol to scare him. When he tried to run over me, I had to shoot in self-defence,” NDTV quoted him as saying.

“The constable (Prashant) fired in self defence believing that some criminals were inside the car as the victim tried to flee after hitting the patrol bike,” senior superintendent of police Kalanidhi Naithani told Hindustan Times. But the police is yet to answer why their men opened fire on mere suspicion.

However, the victim’s co-passenger has filed a complaint alleging that the cops waylaid them and tried to stop them forcefully.

“Sir(Vivek Tiwari) didn’t stop the car. We didn’t realise who they were. There was no accident. We were trying to leave from the side. We hit the bike but they had already gotten off the bike. One of them had a lathi. The man in the front just pulled out a revolver and fired,” she told reporters..

While UP ADG Anand Kumar termed the incident shamefull saying even if the situation had demanded firing, it could have been at the tyre.

Law has been violated in this case. If the situation demanded firing of a bullet, it could have been fired at the car tyre, even then it was not right to do so. This is a shameful incident for us: Anand Kumar UP ADG Law & Order #Lucknow

Tiwari is survived by his wife and two children. The accused constable and his colleague have been detained.