Despite strict anti-ragging rules in prominent colleges across the country, India’s tryst with ragging has had a scathing past, where students have resorted to ending their lives. Recently, a college student’s account of being allegedly beaten up by five seniors at DC School of Management and Technology, Kerala, raises serious concerns about how ragging continues to be a menace for young students.

The 23-year-old student recounted his ordeal to NDTV, saying, “I was beaten up for almost three hours. They asked me to hold a rod and a cellphone in one hand. Then they whacked me with sticks on that hand, threatening that neither the phone, nor the rod should fall.”

The Times of India reported that the student was hospitalised after developing uneasiness and high fever. After hospital authorities informed the local police about the incident, cops took the statement of the student at the hospital. 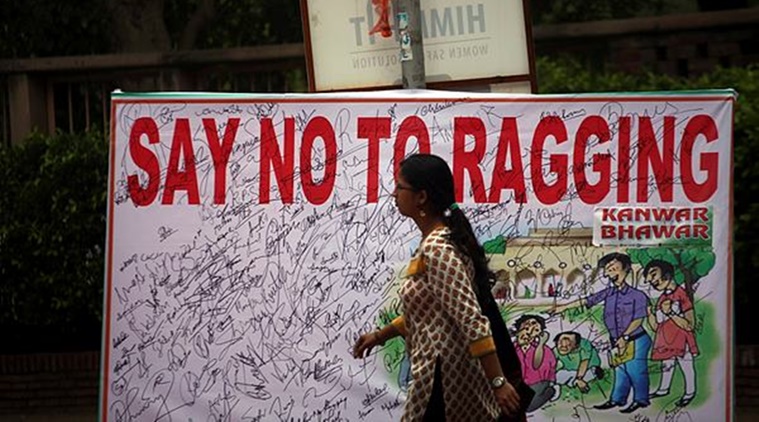 On September 6, the student was apparently taken outside the college campus to an obscure location and then thrashed for three hours. Another resident of the college hostel alleged that new students were often subjected to ragging.

The NDTV report said that the Principal Dr Shankar Rajeev claimed that the student has withdrawn his complaint and admitted that “it was an error of judgement on his part”. However, the student and the police denied this, both maintaining that the complaint still exists.

Five students, who allegedly thrashed the student, were booked with charges of ragging and assaulting their junior. Police said that cases under relevant sections of the Indian Penal Code and Section 4 of Kerala Prohibition of Ragging Act, 1998 has been slapped against the five suspects.

Earlier this month, 22 second year students of a medical college in Tamil Nadu were facing suspension for ragging junior students on the college premises. Despite anti-ragging cells in most colleges, freshers, especially in medical colleges are often humiliated to the point where they are driven to suicide.

In August this year, the National Human Rights Commission had sent notices to the Uttar Pradesh government and the human resource development ministry over reports of ragging of around 100 students, boys and girls, who had been subjected to inhuman treatment in a medical college.