Uttar Pradesh is still grappling with the after-effects of the violence that hit the Aligarh Muslim University campus, following a row over the founder of Pakistan, Muhammad Ali Jinnah’s portrait hanging in the halls of the varsity. “Patriotic” members of the Hindu Yuva Vahini (HYV) allegedly attacked students of Aligarh Muslim University (AMU), who apparently refused to let the portrait be taken down. While several voiced their conflicting opinions, the incident itself is shrouded by conflicting reports.

On Wednesday, members of the Hindu Yuva Vahini and BJP’s student wing Akhil Bharatiya Vidyarthi Parishad (ABVP) stormed into the AMU campus. Incidentally, former Vice-President Hamid Ansari, who had also served as AMU’s VC from 2000 to 2002, was invited to a function on the same day, where he was to be conferred with AMU Students Union’s life membership. He was staying at a guesthouse on campus when the incident occurred. And that’s as far as consistency goes for this story. Everything else about the AMU-Jinnah row has absurdly contrasting narratives.

According to several reports, the Hindutva aggressors that barged into the AMU campus were angered over a portrait of Jinnah in the Students’ Union Hall building. These intruders then thrashed students of the varsity, who were trying to stop them from burning a Jinnah effigy, a News18 report stated. An ensuing protest by the AMU students at the university’s main gate was an outcome of the controversy over Jinnah’s portrait, which was “at the heart of the clash,” NDTV reported. 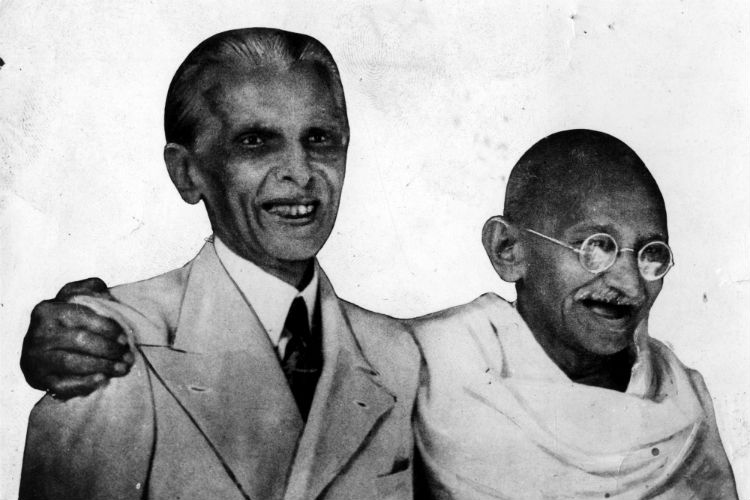 This is backed by the fact that on Monday, BJP leader and Aligarh MP Satish Gautam had written to the AMU Vice-Chancellor Tariq Mansoor,  raising an objection to the Jinnah portrait.

Many, including Uttar Pradesh Chief Minister Yogi Adityanath, objected to the presence of Jinnah’s portrait at the university. However, AMU spokesman M Shafey Kidwai defended the portrait. “Traditionally, photographs of all life members are placed on the walls of the student union,” he told PTI, adding that Jinnah was accorded life membership in 1938. “He was granted membership before the demand of Pakistan had been raised by the Muslim League,” he said.

While the Jinnah tale remains to be the more popular narrative, the AMUSU has a different version of the chain of events.

As per Students’ Union President Mashkoor Ahmad Usmani, who was also injured in the violence, the intruders were armed. “The intruders brought and fired kattas [locally-made guns] in front of the police with the ex-vice president just a few metres away,” the Scroll.in quoted Usmani as saying.

The report further states that, as per Usmani, the intruders had made it to “within 10 metres” of the former VP, who was at the university’s guesthouse. “A few senior students stopped them and tried to drive them out, but shots were fired and there was violence,” he added. 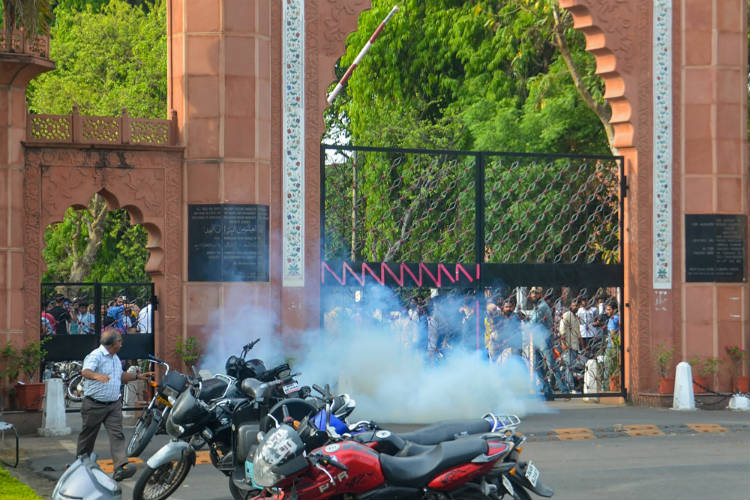 The intruders were allegedly planning an attack on Ansari and shouted “Jinnah Murdabad” slogans, Newslaundry stated. However, the report adds, the police stood by and watched. When six members of the Hindutva forces were handed over to the police, they were left scot-free and no FIR was lodged. Furthermore, when the students attempted to protest and file a complaint, they were allegedly lathi-charged and tear-gassed.

Fundamentally, the violent happenings at AMU have proven to be more divisive, as media reports fail to provide a concrete account of what really happened at the university.