Early Life
Janaky Athi Nahappan was born on February 25, 1925, to a Tamil family in Kuala Lumpur, Malay (Malaysia). She was only 16 years old when she heard about Subhash Chandra Bose’s call to Indians to donate whatever they could to fight for India’s independence. She immediately took off her gold earrings and donated them to the cause.

Life as a member of INC
Janaky was determined to join the Rani of Jhansi Regiment of the Indian National Army (INA). However, she faced strong objection from her father, who finally gave in to her requests. While in the INC, she quickly rose to the rank of second in command of her regiment. 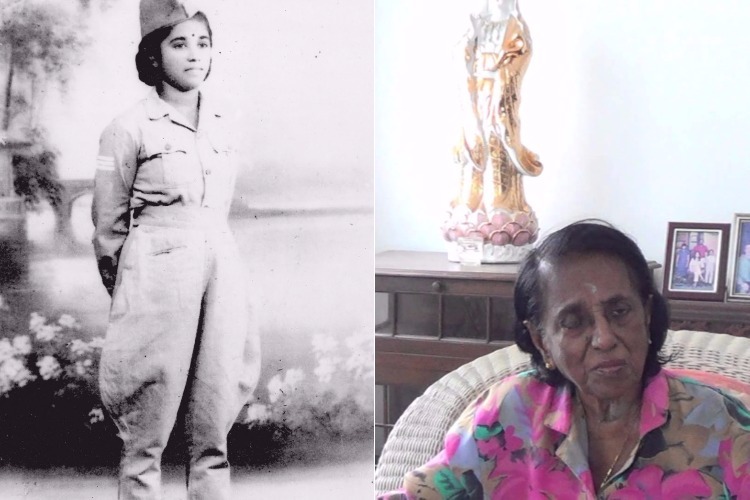 Janaky was among the first women to join a collaboration between the INC and the Japanese to fight for India’s independence. She also fought the British at the Indo-Burma (now Myanmar) border during the World War II. Inspired by the Indian National Congress’ (INC) fight for freedom, she joined Indian Congress Medical Mission in Malaysia.

Welfare work
After the war, she founded Malayan Indian Congress under the leadership of John Thivy. The organisation was based on the principles of the INC. Later, she became a senator in the Dewan Negara of the Malaysian Parliament.

She was not only a commissioner of the Selangor Girl Guides Association but was also involved in the National Council of Women’s Organisations. The Indian government awarded her the fourth highest civilian honour– Padma Shri in 2002. She died of pneumonia at the age of 89 years in 2014.