An RTI query has revealed that girls accounted for nearly 60 percent of total adopted children in India since 2012.

According to data analysed for the past six years, 59.77 percent of couples on an average adopted a girl and 40.23 percent a boy.

The development suggests a welcome change given how female foeticide and abandonment of girl child has been rampant in India.

Among the states, Maharashtra leads the pack in the adoption of girls. The number of girls adopted in 2017 was 353 out of a total of 642 adoptions in the state. Karnataka followed with 286 adoptions, 167 of them girls, Central Adoption Resource Authority, (CARA), the apex body for adoption in the country, said.

“This reflects that things are changing now. Moreover, people feel that it is easier to manage a girl child than a boy, and that’s another big plus point for the girl child to be considered for adoption,”  CARA CEO Lieutenant Colonel Deepak Kumar told News agency PTI. 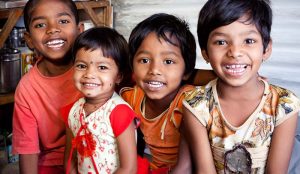 Maharashtra’s high adoption rate could not only be attributed to the size of the state, but also to a large number of adoption agencies there, according to Kumar.

However, Kumar refuted this analogy saying that the parents are always given a choice to make their preference known.

“It is not that availability of the girl child is higher but that parents are opting more for a girl child. We give them three choices – one can either opt for a girl or a boy or can give no preference…The percentage of those opting specifically for girls to boys would be 55:45,” he said.