The last time you paid a visit to your favourite cafe or restaurant, how much money did you shell out for a cup of coffee?

Never as that question to a Venezuelan.

People in the South American Country are indeed paying 2,000,000 Bolivars for a cup of coffee.

Very recently, International Monetary Fund issued an eye-popping forecast — inflation of 1 million percent in Venezuela for 2018 and if we go by the data on the ground even this humongous value may turn out to be too low.

Venezuela is going through the worst economic crisis of its history. Four years ago, crude prices nosedived and authorities refused to adjust. Misguided price and foreign exchange controls have added to the distortions. Hyperinflation has taken root over the past year, sinking the population deeper into poverty. 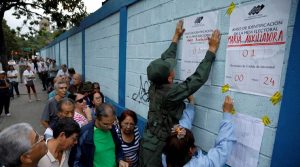 To fix the problem, the Venezuela government is planning to roll out a new currency that will lop off zeros from the bills in circulation now.

Before this, President Nicolas Maduro had raised the country’s minimum wage four times this year. Yet at about 5 million bolivars a month, it doesn’t even buy three cups of coffee.

In terms of US dollars Venezuela’s currency is practically worthless. Just one US dollar can buy millions of bolívares.