In a shocking instance of sheer medical negligence and apathy, doctors at a community centre in Rajasthan’s Barmer district conducted autopsies on two bodies beside a road. The incident happened on Wednesday near Gadara Road where the medical official was recorded performing the procedure in a video that is doing the rounds on social media.

The incident has sparked an outrage among the public even though the officials justified the act saying that there are no mortuaries within 100 km radius.

According to a report by the Hindustan Times, three members of a family living in Barmer’s Gadara Road had suffered electric shocks and were taken to the local health centre. Two of them died in the hospital while the third member was sent to Barmer hospital for treatment. 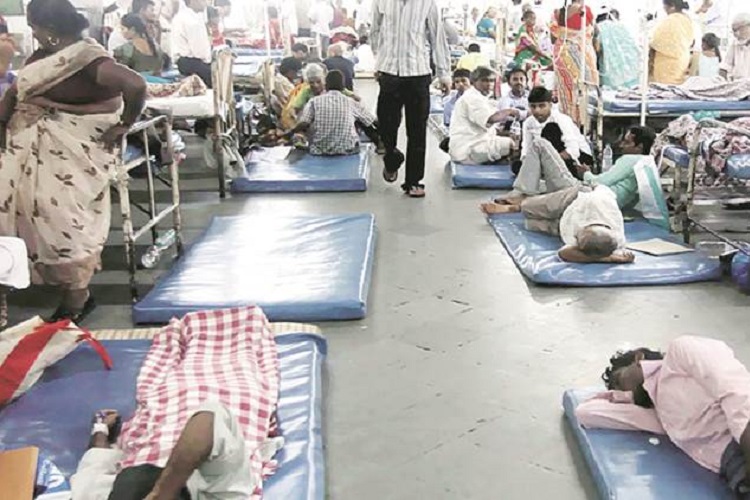 “There is no mortuary in 100-kilometre stretch between Barmer and Gadara Road. After requests from the police and family members, doctors performed the post-mortem in the open on humanitarian grounds,” said Dr Kamlesh Choudhary, Barmer’s chief medical and health officer told Hindustan Times, adding that protocol was followed.

However, the villagers rubbished the justification saying that open autopsies are a common occurrence.

The deceased were identified as Raja Devi (55) and her daughter-in-law Maya Kanwar (30) who had died after coming into contact with a live wire while drying clothes. Devi’s husband, Padam Singh, who survived the accident was referred to a Jodhpur hospital for medical treatment, reports NDTV.

The incident puts a spotlight on the decaying healthcare facilities and poor medical infrastructure in the state. According to a 2017 report by Indiaspend, Rajasthan was among the top nine states with the worst healthcare in India. Rajasthan, Uttar Pradesh, Bihar, Madhya Pradesh –with a total population of 372 million contributed to about 58% of all child deaths in India.