Gaining entry into the Sabarimala temple has proven to be quite difficult unless you’re a male devotee. Turns out, even a Supreme Court verdict cannot deter protestors from blocking entry into the shrine. Four transgender devotees learnt it the hard way when they were allegedly stopped by cops about 50 kms away from the Ayyapa temple and asked to “dress up as men”.

Donning black sarees, Ananya, Trupti, Renjumol, and Avanthika hoped to offer the customary ‘irumudikettu’ (sacred offerings) to Lord Ayyapa when they were stopped midway. PTI reported that Ananya claimed they were made fun of and even asked to change into menswear if they wished to enter the shrine. 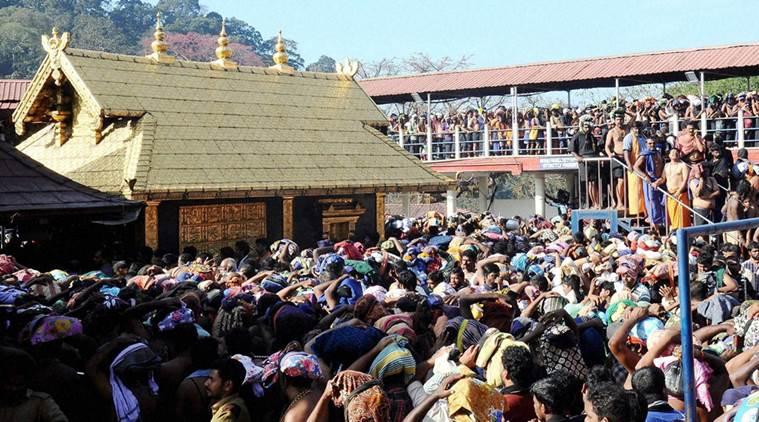 “Initially, we refused but after some time, we decided to change our clothes. However, the police still asked us to return,” Ananya told PTI. However, after matters escalated they were finally allowed to offer prayers on Tuesday amid heavy security cover.

Another PTI report said that they were extremely happy because they were able to realise their life’s mission to offer prayers at the temple. They had gone to meet DGP A Hemachandran, member of the Kerala High Court-appointed supervisory panel, along with the Inspector General of police Manoj Abraham on Monday. Following this, they were allowed inside the shrine.

When the cops had stopped them earlier, the police had claimed to have needed some “legal clarity” on whether they could allow the four inside the shrine. While there have been massive protests on allowing women of menstruating age inside the temple, this comes as a shameful incident on the part of the cops.