Following a spate of protests by the accredited social workers in Madhya Pradesh over the name Asha, which was printed on the condom packets, the National Health Rural Mission had decided to do away with the contentious name on the new condom packets.

The new condom packets will bear the name of Nirodh, instead Asha Nirodh, which has caused much embarrassment to the ASHA workers better known as Accredited Social Health Activists.

Speaking to Hindustan Times, National Health Mission in-charge director Vandana Khare said: “The name has been changed to Nirodh from Asha Nirodh. We got new packets from the centre in July.”

Though NHRC officials are tight lipped over the reason behind the change, it’s largely attributed to the protest by the ASHA workers.

The ASHA’s job under the National Health Mission involves creating awareness about family planning and to sensitise people about the importance of safe sex. They dispense free contraceptives such as condoms, regular and emergency pills, to villagers as a part of the campaign.

In 2016, the name of ‘Deluxe Nirodh’, a government-supplied latex condom, was changed to ‘Asha Nirodh’ by the Union Health and Family Welfare Ministry. The new name became an embarssment for women health workers or ASHA workers who had to distribute the condoms as they were often mocked and teased by people as both bear same name. 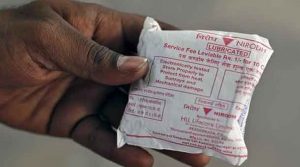 A few had also alleged that ruffians taunted them saying, “Give me an Asha.” While ASHA workers in many states refused to sell and distribute these condoms, in Madhya Pradesh, the health workers were forced to do so by authorities, said Vibha Shrivastava of Madhya Pradesh Asha-Usha Health Workers Organisation, as reported by The Week.

“We are fondly addressed as Asha didi in rural areas but the contraceptive named Asha is giving some uncomfortable moments to us as some people make occasional jokes about it,” an Asha worker was quoted as saying by News18.com.

The family members of these women workers also urged them to stop working or wait till the name Asha gets dropped from the brand of condom.

The protesting workers also threatened that they will go to the Madhya Pradesh High Court if the name of the condom brand is not changed.