When you are in Aizawl  you have to stick to the rules. In the capital city of Mizoram, even men in uniform face the music for violating traffic rules.

A Facebook post of a police gypsy in Aizawl being clamped for parking at an unauthorised place.

The post went viral on social media with everyone lauding police’ stand which implies that law is equal for everyone. There were many happy reactions 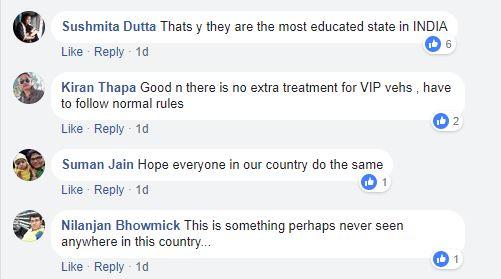 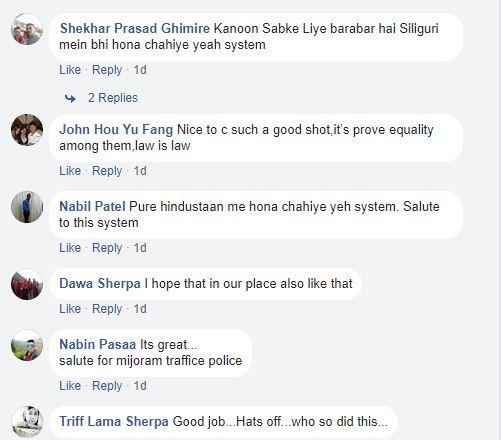 InUth spoke to Mizoram Traffic Police to confirm the same. “The police personnel was asked to remove the vehicle. However, no fine was imposed,” H Ramthengliana, Superintendent of Police said.

“We basically want to give out this message that law is same for everyone,” he added.

Another police officer highlighted that the city is facing congestion problems due to increasing traffic.

“Not just the policemen, even cabinet ministers are strictly following the rules. Except for the chief minister, the governor and the speaker, no one is being given an exemption,” he said.

In a city like Aizawl, this shouldn’t be surprising because even the general public is pretty serious about following traffic rules. In April last year, a video of motorists following extreme self-imposed traffic discipline in a narrow road went viral on social media. It showed them moving like ants in a line, with cars on the one side and two-wheelers on the other.

Other parts of India can learn a lot from people of Mizoram about Traffic Discipline. Especially 2 Wheeler riders.
@RidlrMUM pic.twitter.com/mm2oN0buKK

Hope the entire country takes some lessons from this city!