In Bihar’s East Champaran district, police has rescued 17 women including five minors who were forced to indulge in flesh trade in the garb of an orchestra group.

“We had information that human trafficking and flesh trade racket was flourishing in the garb of an orchestra group,” Motihari (Sadar), SDPO, Murali Manohar Manjhi told Hindustan Times. 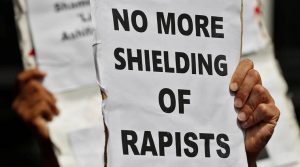 Police has so far arrested 12 persons for their alleged involvement in the flesh trade and human trafficking racket.

“Altogether, 12 persons have been arrested and 17 women hailing from Nepal, Maharashtra, West Bengal and Odisha rescued. Further investigations are on,” he added.

During interrogation, one of the victims also revealed that the orchestra group organisers used to exploit them sexually.

Last month, Bihar was in the eye of a storm after it emerged that as many 30 minors were sexually abused at a state-funded shelter in Muzaffarpur. An FIR was subsequently registered by the Bihar social welfare department and 10 persons, including prime accused Brajesh Thakur whose NGO ran the shelter home, were arrested. Thakur allegedly ran an organized sex racket with links stretching as far as Nepal and Bangladesh to win favours in terms of government funds and orders. Following a huge outcry, the Nitish Kumar government handed over the probe to the CBI a month ago which was followed by the resignation of social welfare minister Manju Verma a few days later.